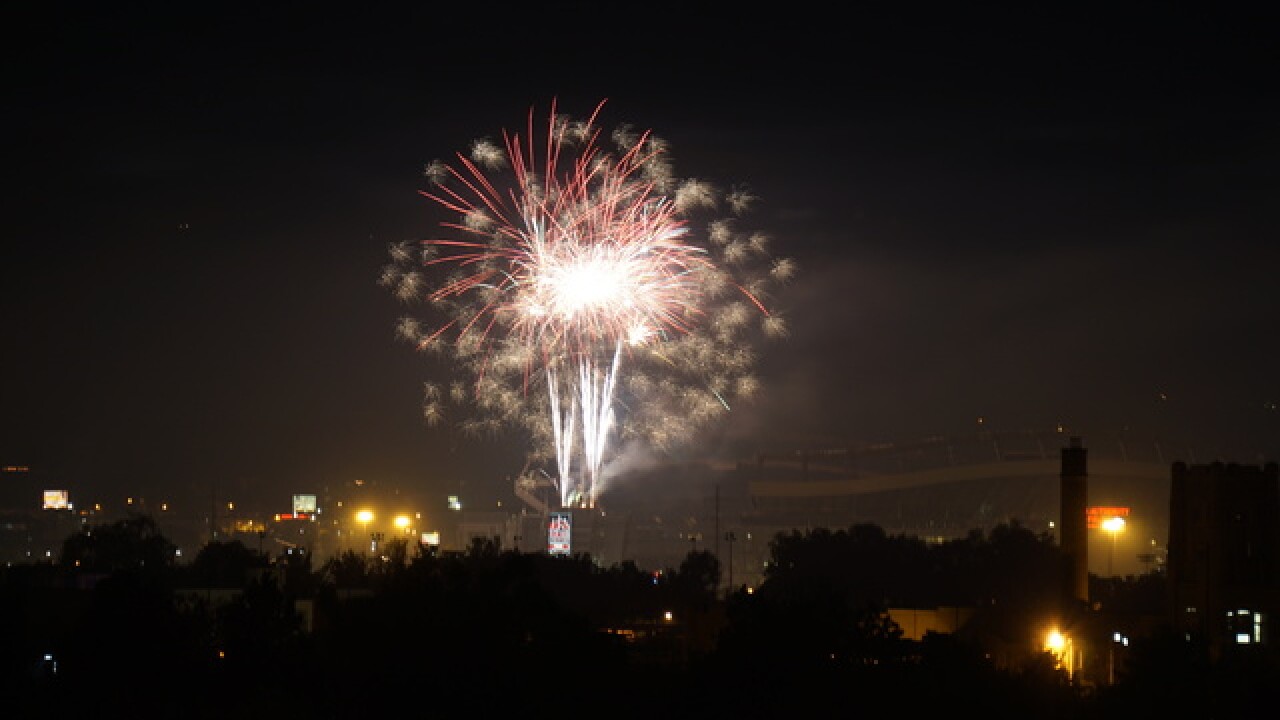 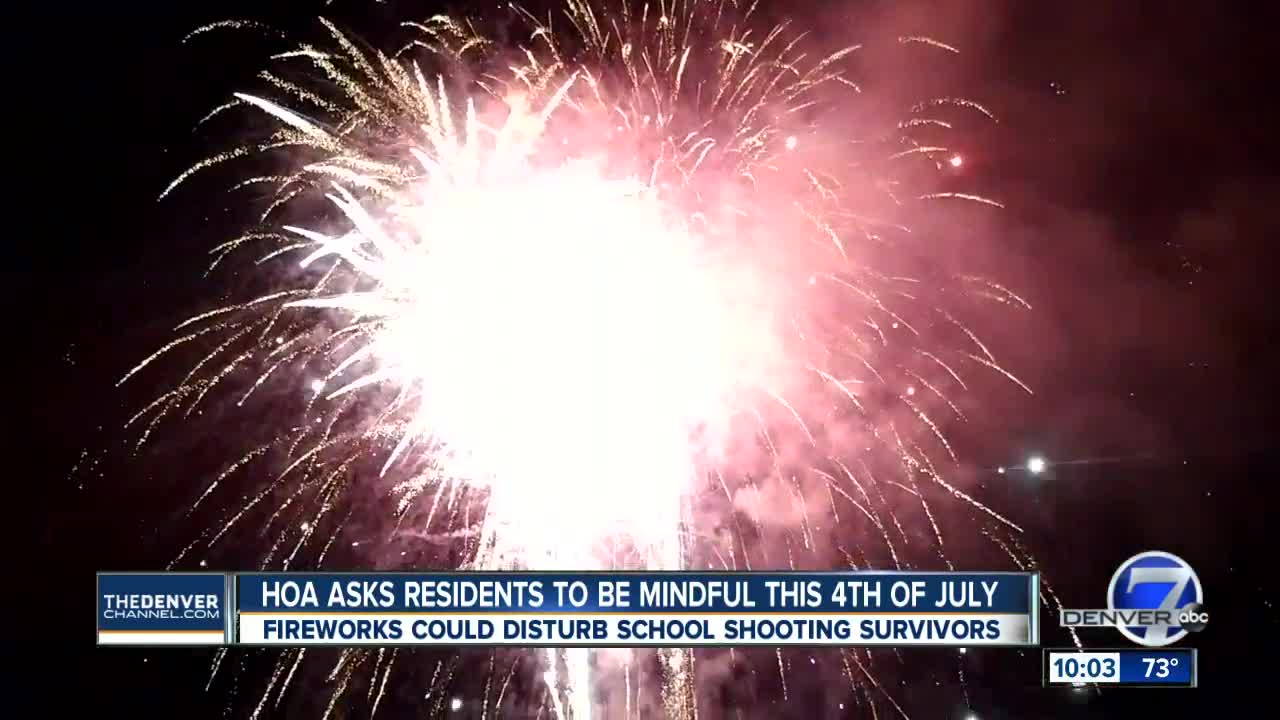 PARKER, Colo. -- Residents with pets and those who care for the well-being of veterans with PTSD bring up the trauma that fireworks can have on their loved ones, but a recent letter from an HOA to residents in one Parker neighborhood have some divided over what should be done.

On Monday, neighbors received an email from their homeowners association mentioning that some of the survivors of the STEM school shooting live in the neighborhood, and they are "asking all homeowners to be considerate of these students and to not shoot off any fireworks in Pine Bluffs/Hilltop Pines this 4th of July."

MORE: Colorado mountain towns and urban cities at odds over fireworks this July 4

Some neighbors think it's a good idea given the recent trauma to victims of another school shooting in the state.

"I don't think it's probably asking too much for folks to be respectful of folks and be sensitive," said neighbor Amy McDermott.

"I think it's a little extreme," he said. "I was shocked," Ott told Denver7, when asked what he thought when he first saw the email. "I thought this is a little ridiculous."

Ott says banning fireworks in his neighborhood to be respectful to the STEM students is the wrong thing to do.

"I understand and I'm sensitive to the request. At the same time, I think it's a little extreme," said Ott. "I think they're overstepping their bounds and trying to become more of a police rather than a homeowner's association."

McDermott had a different view.

"I'm certainly respectful of the fact that they're our neighbors that have a sensitivity given what they've recently been through," she said.

McDermott told us says she and her family will give up fireworks this year out of respect to the STEM students.

"Given by virtue of it being 4th of July it will be difficult to avoid loud noises but if as a neighborhood we can be respectful, I'm comfortable with that."

Ott believes the HOA request is opening up a can of worms.

"We don't get anything about veterans or anybody with PTSD about loud noises. What about them?"

He says he and his daughter will celebrate the 4th with traditional firecrackers.

"It's unnecessary. Why does everyone have to back down because of this?" Ott asked.