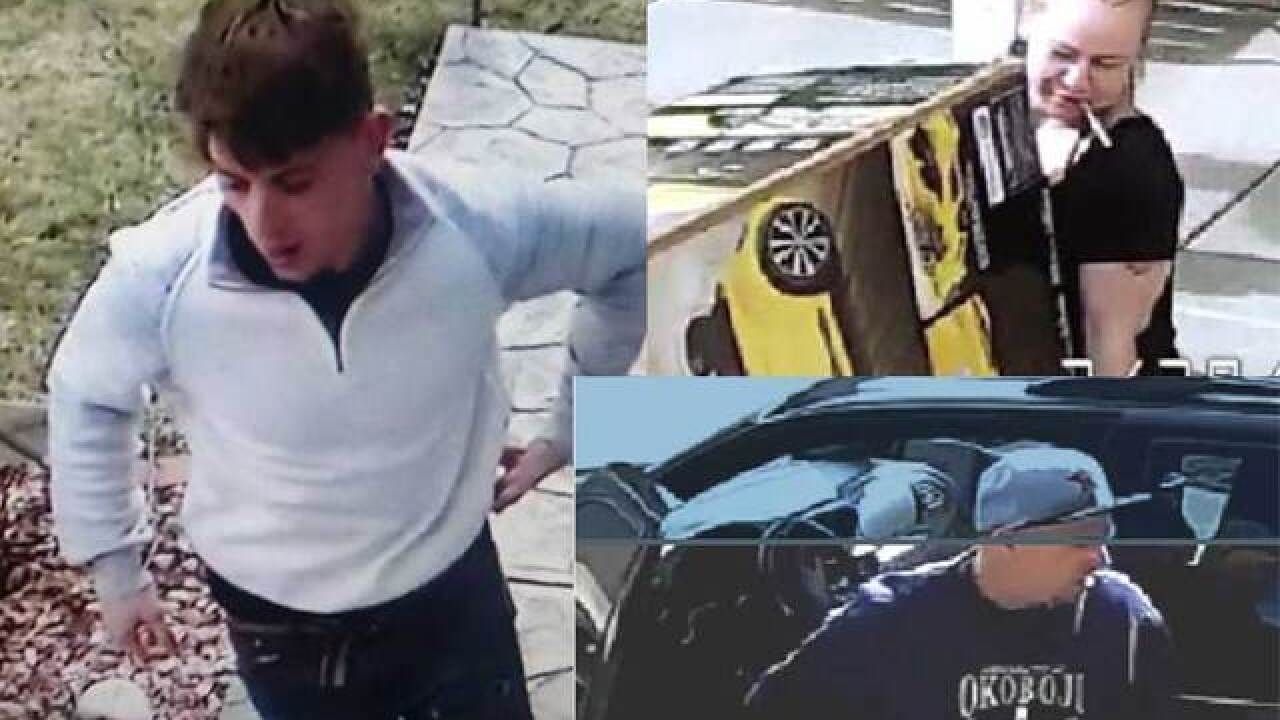 A warning that package thieves are hitting across the metro area.

Parker police are looking for two suspects who pulled into the driveway of a home on Hawksbead Drive on February 29, walked up to the front porch, took a package and drove off.

The thieves stole the package, containing a child's toy, at 10 a.m., shortly after the package was delivered by FedEx, police said.

Images of the suspects, a man and a woman, were captured on the homeowner's surveillance system. They are the man and woman seen on the right side of the photo at the top of this article.

In the video, the female suspect, approximately 25 to 35 years old with brown hair is seen smoking. She has a large dark star tattoo on her chest as well as an unknown tattoo on her left upper arm, police said.

The second suspect is a white or Hispanic man between the ages of 25 and 35 years old. He has a bald or shaved head and an unknown tattoo on the left side of his neck.

They were driving a newer model, four-door Chevy Trailblazer. Police said the license plate on the vehicle was reported stolen from another vehicle.

Denver7 viewer Monika C. said she believes a thief was following a UPS track and stole both packages off her front porch minutes after they were delivered.

She said one package had a new cell phone, the other had some sheets.

Monika sent a screenshot of the suspect. It's the man seen on the left side of the photos at the top of this article.