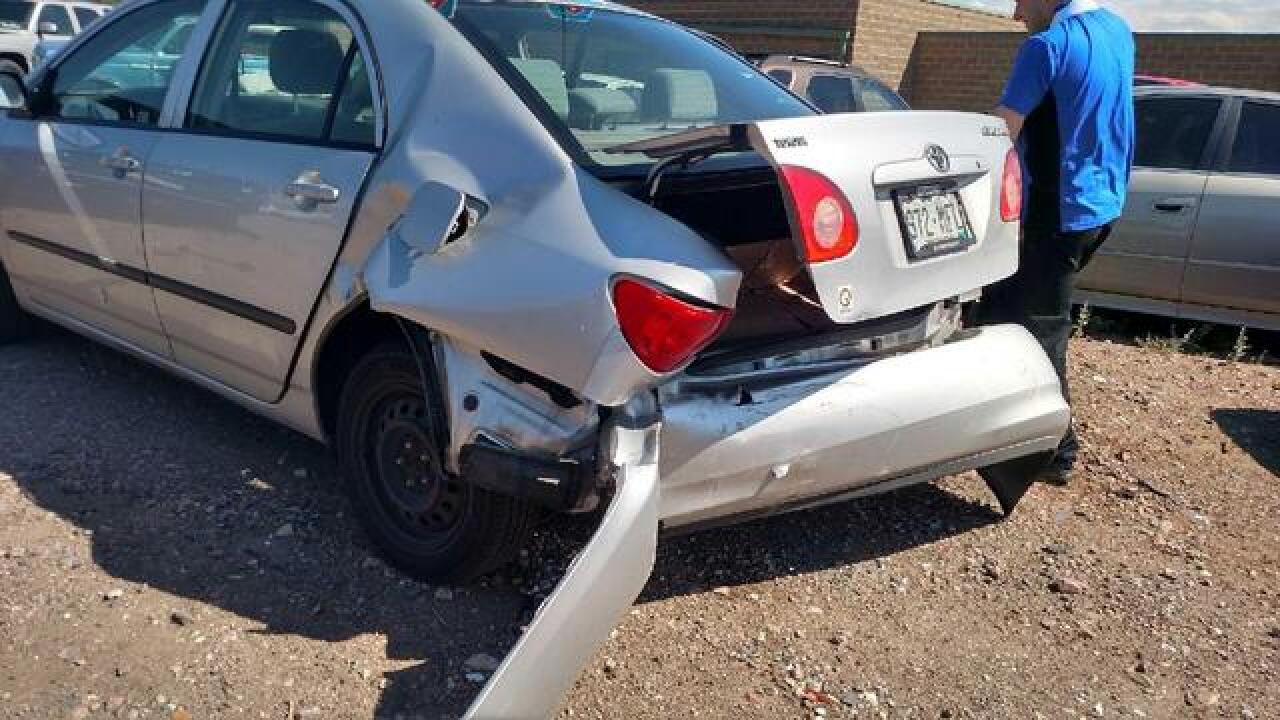 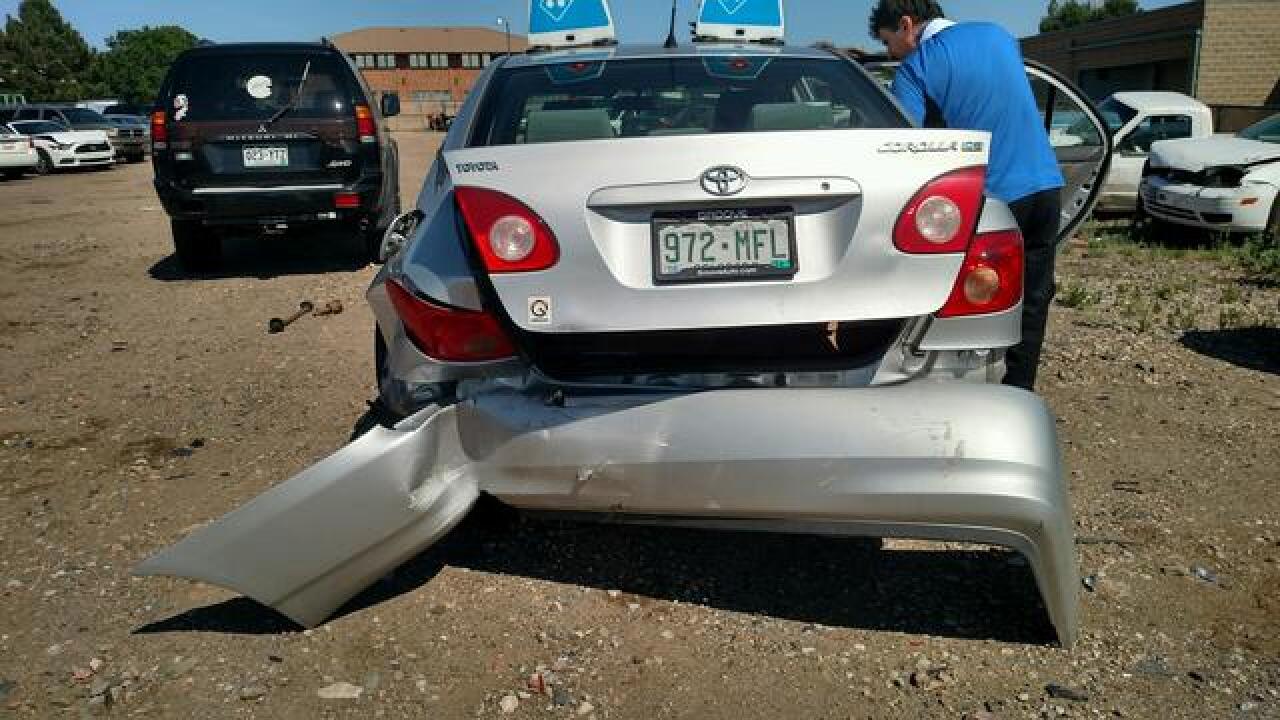 PARKER, Colo. – A Parker man is recovering at home after a Saturday hit-and-run forced him into a ditch and put him in a hospital bed.

Brenda said he wants the driver who hit him to simply come forward and do the right thing. He withheld his last name from Denver7, concerned the driver could retaliate because he chose to tell his story.

“I heard this big crunch and pounding sound,” he said, adding he was at a red light Saturday afternoon, when another driver crashed into the back of his car and sent him into a ravine near Parker Road and Crown Crest Boulevard.

Brendan described the crash to Denver7. He said his car spun several times and his right arm was seriously hurt.

Luckily, Brendan was able to call 911 with his left arm. When help arrived, he realized the person who crashed into his car was long gone.

One day after the crash, he is left with bruising on his face and continued limited mobility in his right arm.

Denver7 also spoke with Brendan’s wife, Corrine. She said she didn’t know what to think when Brendan’s employers said he was in an accident.

She said she took one look at the damage and couldn’t believe the driver didn’t stop.

The car is totaled, and Brendan and his wife are left with more questions than answers. The two want to know what was so important to the other driver, that Brendan’s safety wasn’t a concern.

In the accident, Brendan’s car was pushed into the car in front of him.

Brendan was coming from a Dominos Pizza delivery when he was hit. The family said it’s unclear when he will be able to return to work.

Details are limited, but Parker police said the suspect could be driving a brown colored sedan.