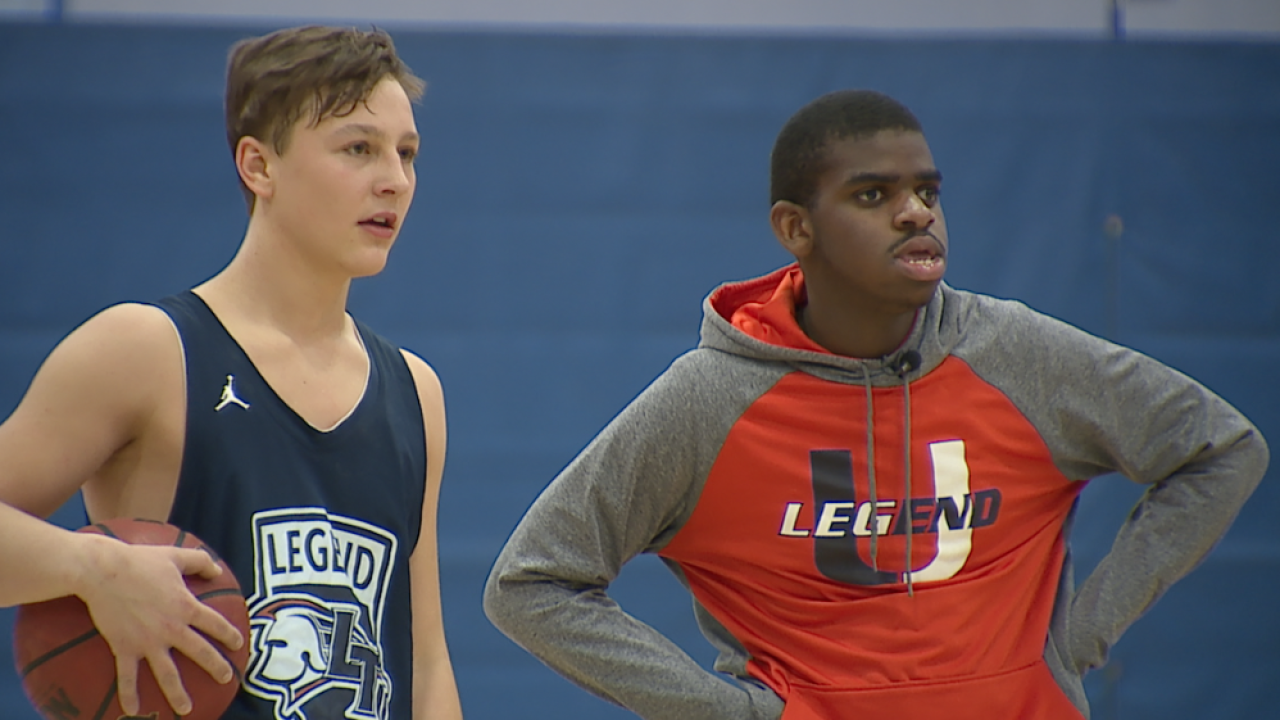 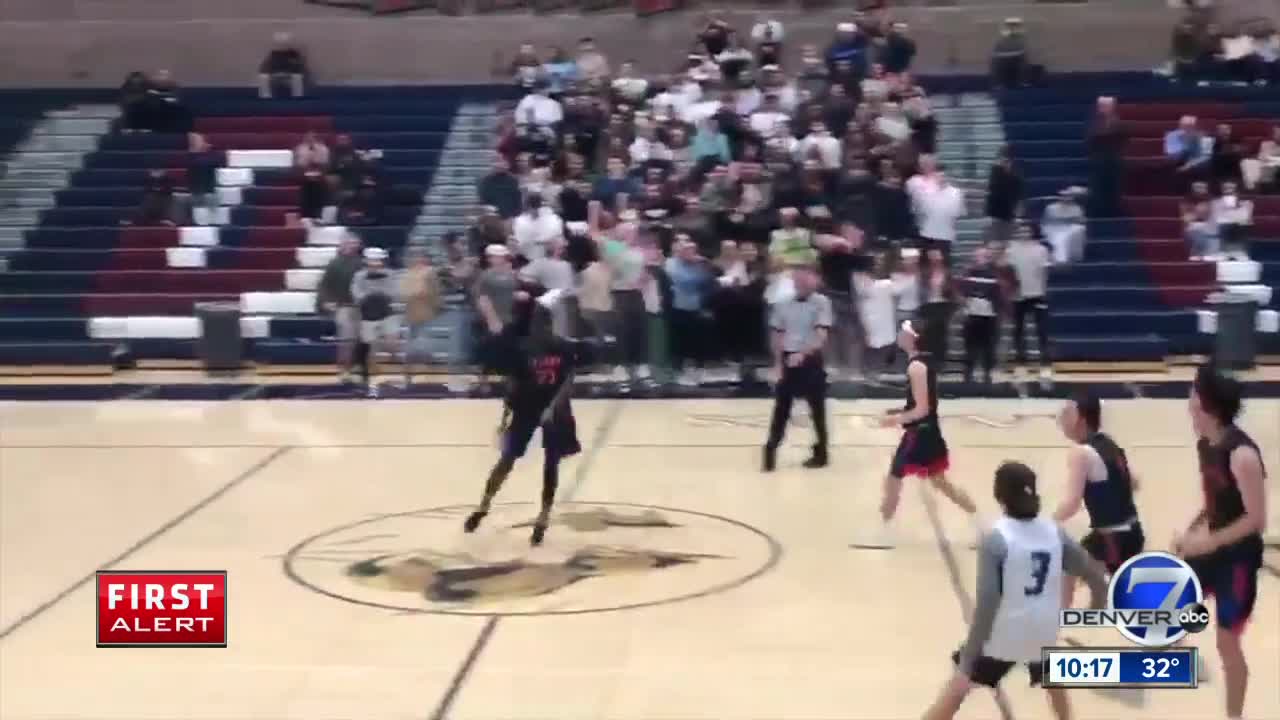 PARKER, Colo. — A fire alarm is usually the last thing that any sports team wants to happen in the middle of a game. But a basketball team in Parker instead used the chance delay to make the memory of a lifetime.

Last Friday, the Legend High School boys junior varsity basketball team was playing a game at Dakota Ridge High, when the fire alarm went off near the end of their game.

“We had to evacuate the gym,” Coach Mark Jones said.

Jones’ team was winning by 10 points with 10 seconds left. Up until that moment, he hadn’t had any special plans for their non-conference game. But the delay gave him an idea regarding one of his players who had yet to see any playing time in the season.

“The minute you see Micah walk in (the gym) with his smile, you get super excited,” Jones said.

Micah is the 11th member of the junior varsity team. Before this year, he exclusively played on the school’s unified basketball team.

“When he was born, he was delayed in speech and walking,” said Leotis Compton, Micah’s father.

He explained his son has a rare genetic condition.

Micah said he helps the team in several ways, like getting them warmed up, cheering them on, participating in drills and helping the coach during practices. But he hadn't played a game yet.

“I didn’t think about it until that moment,” Jones said, referring to the lengthy fire alarm delay during the game.

After discussing it with the opposing coach, Jones made a change in his lineup with just 10 seconds left.

“The last 10 seconds, Coach told me to check in, check in. And I was excited to get in,” Micah said.

Jones said he drew a plan in his head — to get the ball to Micah.

After a Dakota Ridge turnover, Legend had possession. The ball was inbounded to Micah.

“He got the ball and started down court and I thought he was going to run out the time,” his dad said. “And next thing I know, he’s jetting to the basket.”

Micah made a layup in the last four seconds of the game.

“He goes up and finishes the layup on his first try,” Jones said.

Cell phone video shows the gym erupting with cheers from both fan bases as Micah ran back down the court celebrating his first basket as a member of the JV team.

“The crowd went wild, his mom was crying, everyone was high-fiving,” his dad said.

Jones said it waas hard to not hold back a tear.

The player who usually brings the team together in practice for cheers, once again brought his teammates together, this time surrounding him on the court celebrating as time expired.

Coach Jones called it the best play he’s ever drawn up.

“Best moment of this whole season," he said. "Whether we win every game the rest of the season, even if we go win a state championship, that moment defines who Legend basketball is."