7 injured after car crashes into building in Parker 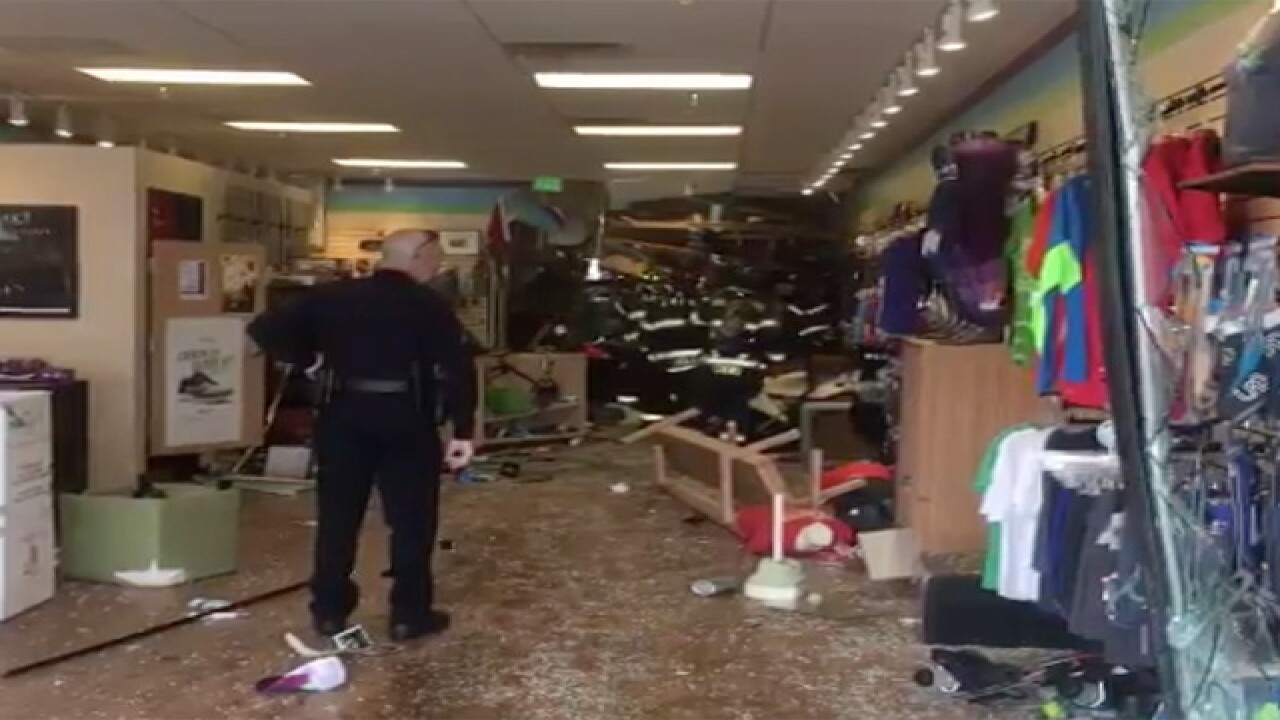 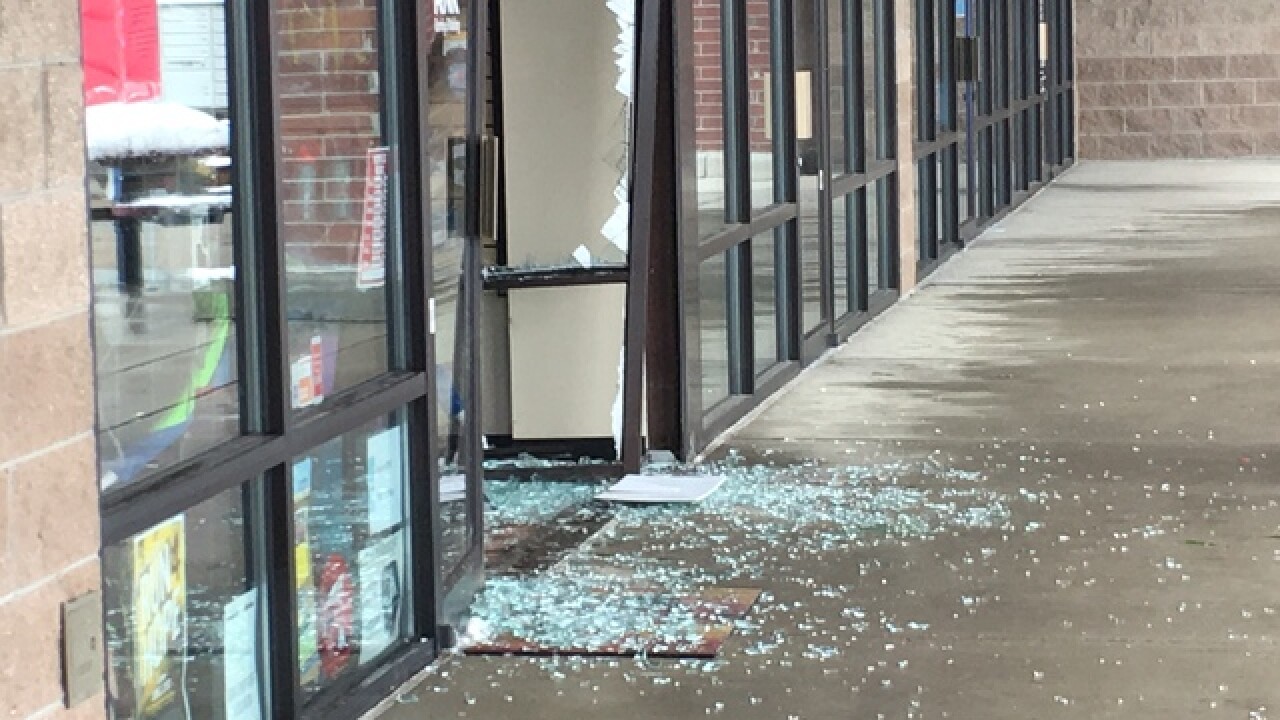 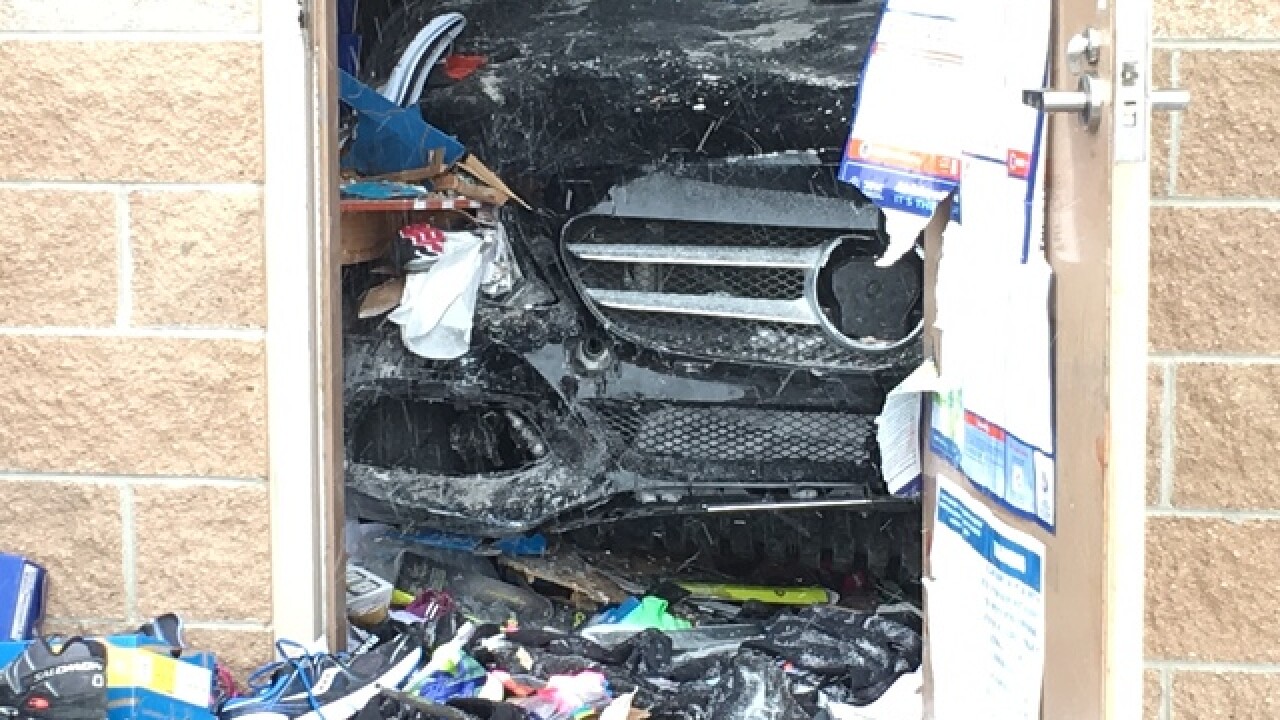 PARKER, Colo. – Seven people were injured, one of them critically, after a speeding car slammed into a vehicle in the parking lot of the Stroh Ranch shops in Parker, and then crashed into the RNK Running and Walking Store Saturday afternoon.

First responders say the runaway car tore through the entire length of the store, shattering glass, hitting people and knocking over merchandise laden shelves, before coming to a stop at the back door.

Investigators say the crash initially appears to be related to a medical condition.

“People started getting out of the way as quickly as possible,” said store owner Jim Browning, “but not all of them were able to.”

Browning said there were three employees and six customers in the store when the car came barreling through.

One customer, a young girl, was critically injured. Investigators say she was trapped under the car.

Browning said one employee suffered a head and leg injury, and that the store’s manager, Trent Briney, a professional runner, was also seriously injured.

“His legs are a little messed up,” Browning said, “He was a U.S. alternate for the 2004 Olympic marathon.”

South Metro Fire Rescue spokesman Eric Hurst said there was so much damage to the store that first responders had to make sure it was safe before they could treat casualties.

“They triaged all the patients,” he said, “and determined what order they should be transported to the hospital.”

Then, he said, they began digging.

“They wanted to search under that debris and under the vehicle, to see if there was anybody else trapped or injured inside,” Hurst said.

“It was a big bang,” said Jessica Nguyen, “I didn’t know if something dropped, or if something hit the wall.”

Nguyen said she was in in a back room of a restaurant next door, when she heard the wall shake. She said she went outside and saw shattered glass on the sidewalk.

“I ran next door, looked inside and there was a car in the back of the store,” she said.

One person was listed in critical condition, two in serious condition and three only received minor injuries, according to South Metro Fire crews on scene. The condition of the remaining victim in this crash was not immediately known.