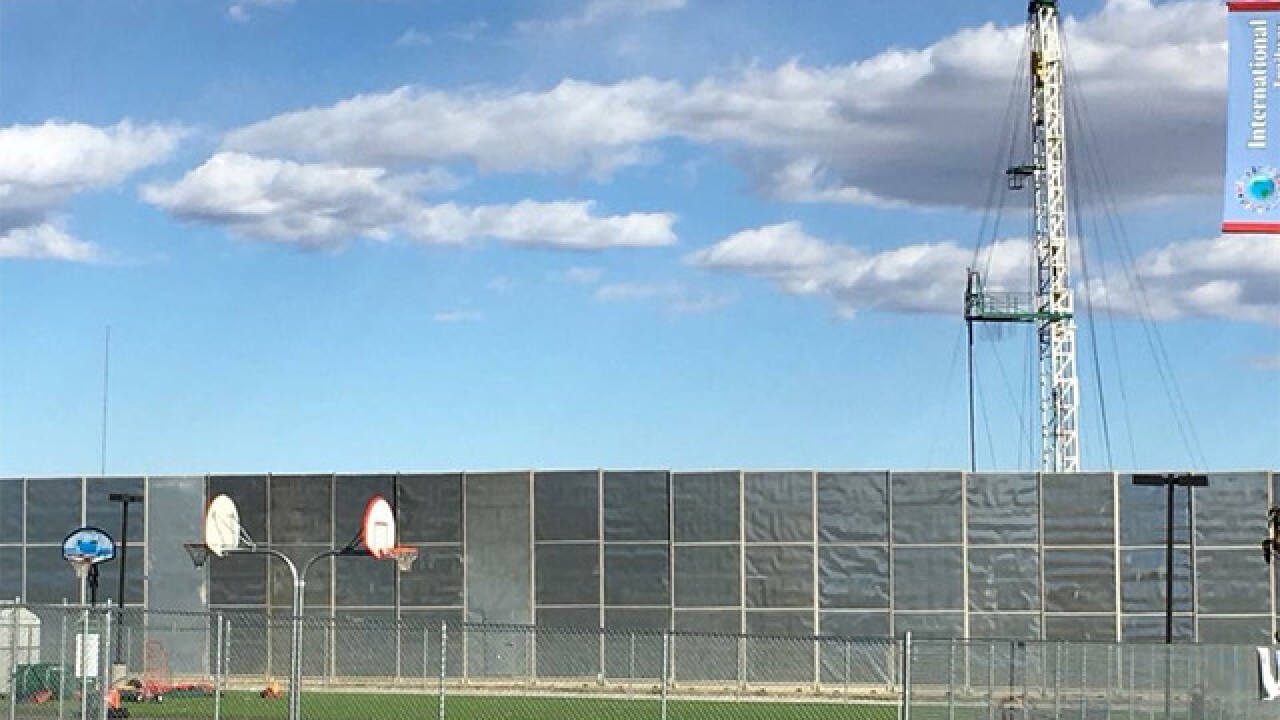 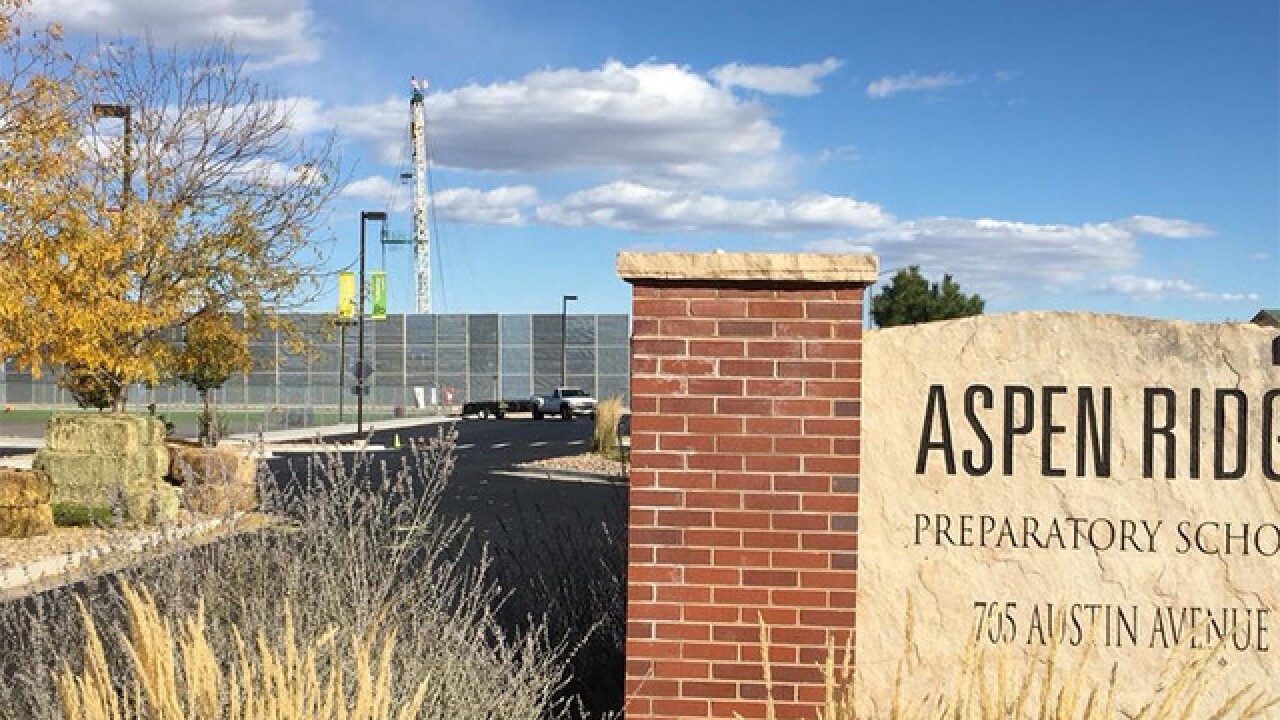 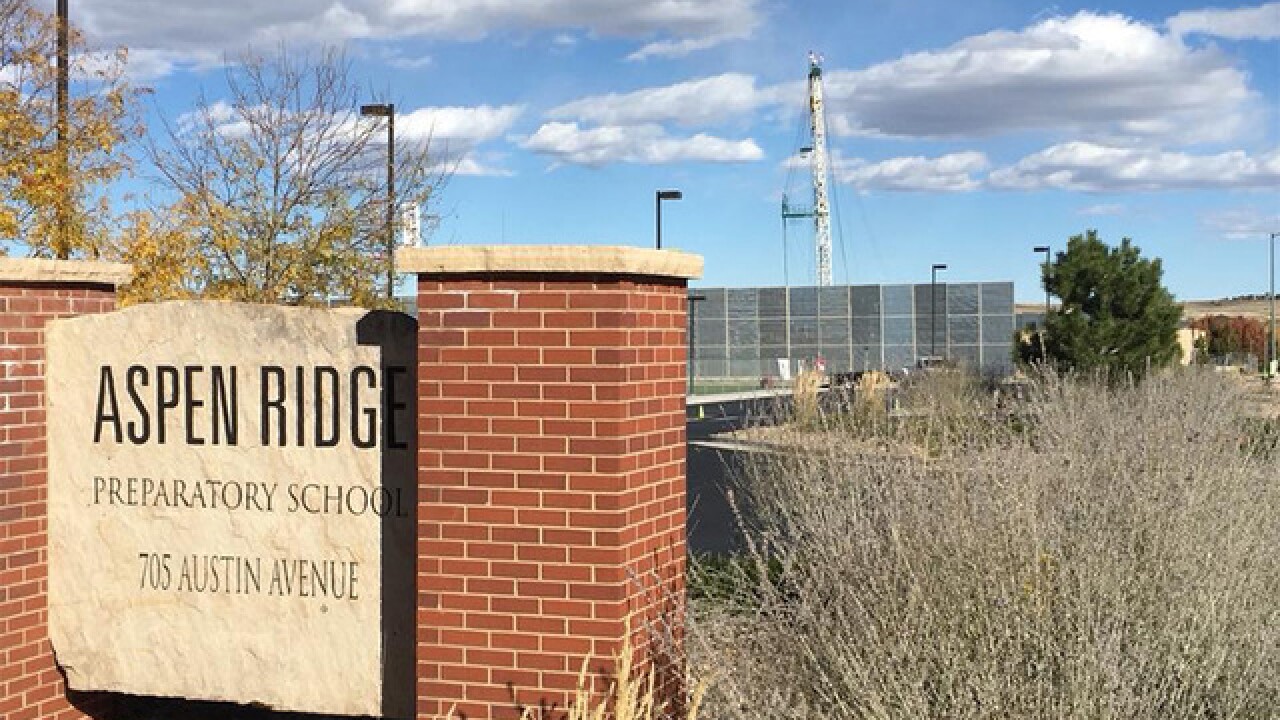 WELD COUNTY, Colo. – An oil and gas plug site was forced to temporarily shut down its operations after the Colorado Oil & Gas Conservation Commission (COGCC) found it violated safety practices near an elementary school in the Town of Erie.

The order to cease operations at Crestone Peak Resources LLC came after an investigation of an odor complaint on September 12, according to the Notice of Alleged Violation Report (NOAV) from the COGCC obtained by Denver7.

The report states COGCC staff inspected the Vessels Minerals ‘E’-61 location -- which houses a well plugging operation -- and observed venting from open top tanks on the west side of the location, approximately 25 yards from the playground of Aspen Ridge Preparatory School, as well as “the absence of temporary walls on the west side of the location, children playing in the playground and watching the rig crew’s operation, and volatile organic compounds (“VOCs”) visibly drifting toward the children in the playground.”

Staff then took photographs of the site showing the proximity to the school playground and also took optical gas imagery video showing gases venting out of the open top tank next to the playground.

Because of the proximity of the plug site to the school and because of the gases venting from the open top tank, COGCC staff requested – and the operator performed – a safety shutdown to cease operations and venting at the Vessel Minerals ‘E’-61 site until the operator can implement safer practices to better control the release of those gases, the report states.

A day later, Crestone Peak Resources Operating LLC directed gases from the well to a sealed 500 barrel flowback tank. The gas vent from the flowback tank was the piped to a flareless gas combustor.

“This system will remain in place until all seven wells on the pad are plugged and abandoned,” the report states.

"My daughter is a 5-year-old cancer survivor who attends Kindergarten here and I really had no idea that this was going -- to be going on -- and it kind of came out of the blue," said parent Erika Cutlip.

The NOAV report further states that Crestone Peak Resources Operating LLC will have to submit a safety plan to “eliminate unnecessary and excessive venting or flaring of natural gas, to protect the health and safety of the public, and to ensure that odors from well plugging operations do not constitute a nuisance or hazard to public welfare.”

Denver7 attempted to reach out to Crestone Peak Resources Operating LLC asking how long the gasses have been leaking out, but have not heard back.

COGCC officials said they would respond to Denver7 on Monday.

The most recent shuttering of an oil and gas operation comes seven months after an explosion in Firestone killed two people. The explosion was caused by an uncapped gas line from a nearby well that had been leaking non-odorous gas.