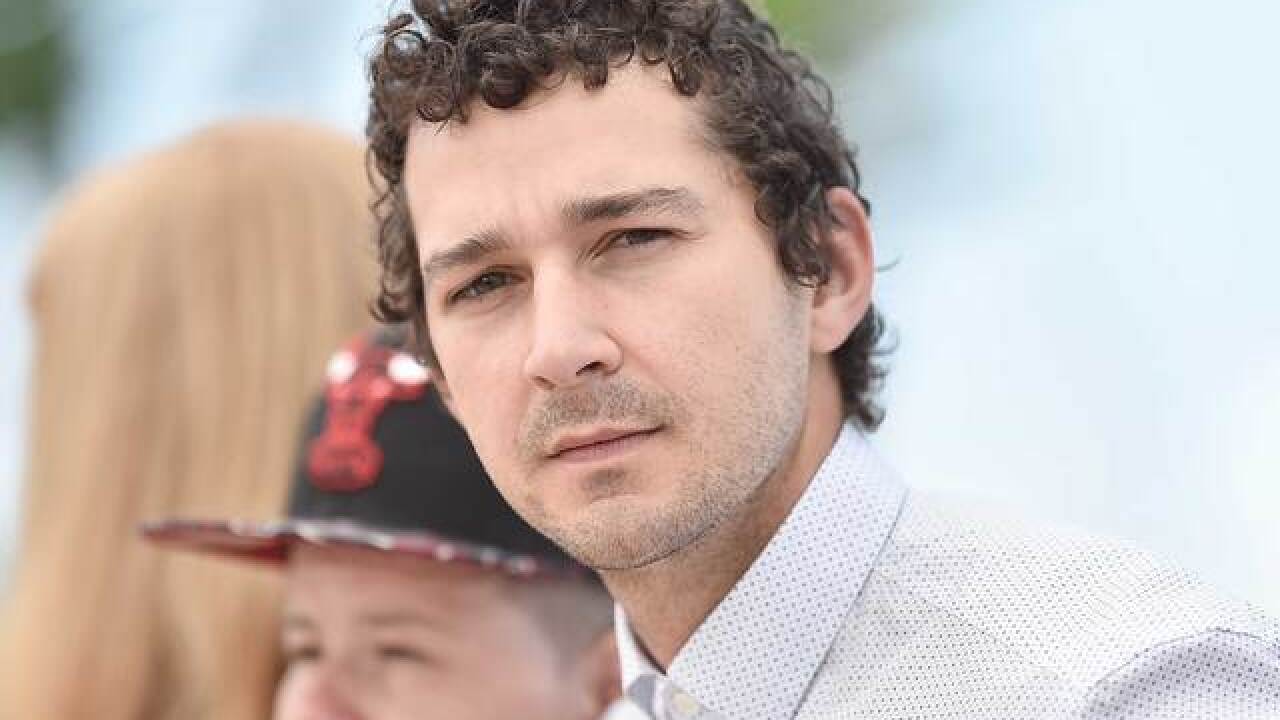 Monday's tweet was a remote location, near a county road, west of Loveland.

The location was about six miles from Sunday's tweeted location.

However, he hasn't publicly explained the significance of the locations or tweeted anything other than the locations.

The GPS coordinates last Monday and Tuesday were for locations in Boulder -- near NOAA off Plateau Road and an unmarked road near Owl Creek Drive west of Boulder.

On Wednesday, he tweeted a location near Georgetown.

Thursday, the location was on Highway 72, in Coal Creek Canyon, between Boulder and Golden.

Friday's location was in Boulder again -- this time on Olde Stage Road, north of town.

On Saturday, he tweeted a location pointing to Ellen Bunyan Bein Park in Berthoud, just a few feet away from Berthoud High School.

Sunday's location was north of Lyons.

A reporter at the Boulder Daily Camera newspaper points out that the roads surrounding the tweeted locations are  letter-like.

LaBeouf is scheduled to be in Boulder, at the Museum of Contemporary Arts, for an event this weekend.