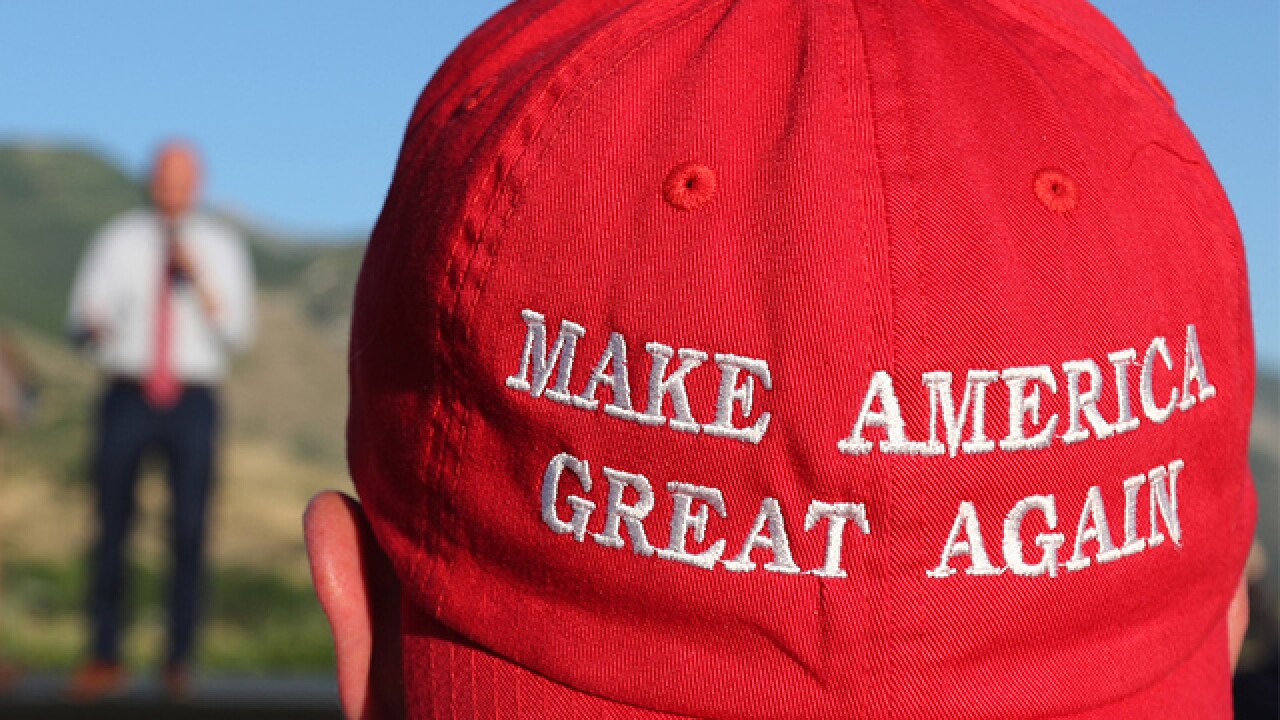 Copyright 2018 Scripps Media, Inc. All rights reserved. This material may not be published, broadcast, rewritten, or redistributed.
George Frey
<p>OREM, UT - JUNE 26: A Romney supporter listens to a speaker as he wears a "Make America Great Again" hat at the Mitt Romney election party on June 26, 2018 in Orem, Utah. It is primary election day in Utah and Romney is running for the Utah U.S. Senate seat of Senator Orin Hatch who is retiring. (Photo by George Frey/Getty Images)</p>

LOVELAND, Colo. – A group of northern Colorado residents will take to the streets Saturday in support of President Donald Trump and "his stated goal to 'Make America Great Again.'"

So far, 181 people have indicated they’ll be participating in the “I Stand with Trump - Make America Great Again” rally scheduled to take place on July 28 on the southeast corner of Highway 34 and Lake Loveland, across from Dwayne Webster Veterans Park.

There will be no speakers or planned agenda. Instead, the event will be utilizing the First Amendment right to demonstrate on public sidewalks, said rally organizer David Huntwork.

Huntwork said in a press release that rally goers will be lining Highway 34 along the south side of Lake Loveland with flags, banners, and signs proclaiming their support for President Trump and his presidential campaign slogan to “Make America Great Again.”

They ask that you do not bring signs, t-shirts, hats or signs that display symbols related to anarchy, gay pride, Confederate or “other inappropriate flags.”

Huntwork also asked participants to respond to protesters and hecklers with a wave and a smile as they are “very effective weapons against those fueled by hate and ignorance.”

The group will meet at the southeast side of the lake at the base of the Statue of Liberty.