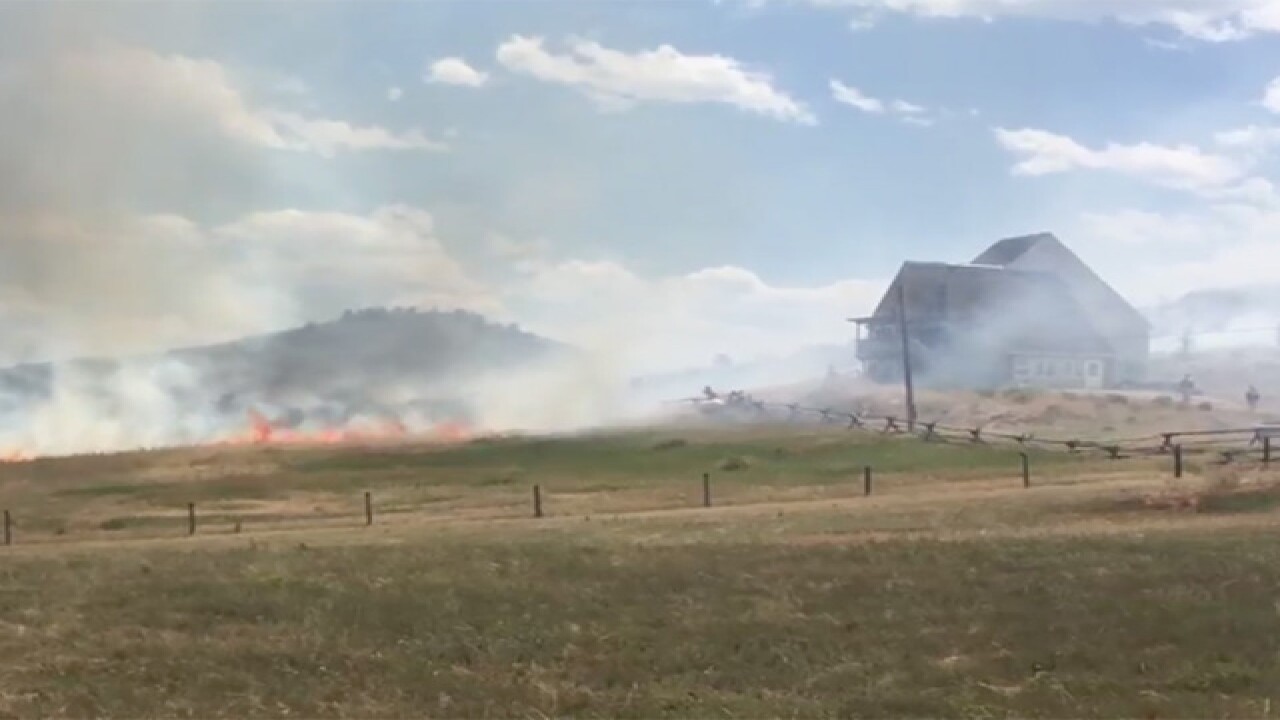 A grass fire that threatened several homes in Loveland was started by someone trying to get rid of ants, the Loveland Fire Rescue said Thursday afternoon.

The fire caused some Loveland residents to self-evacuate as a precaution just before 2 p.m., according to Loveland Fire officials.

The blaze burned near County Road 29 and Coyote Run and was estimated to be approximately 12.8 acres in size, said Loveland Fire Rescue spokesperson Scott Pribble.

A journalist with the Loveland Reporter Herald was able to capture this video of the fire, just feet away from a home in the area.

The fire was fully contained at around 3:10 p.m. No homes were damaged in the blaze.