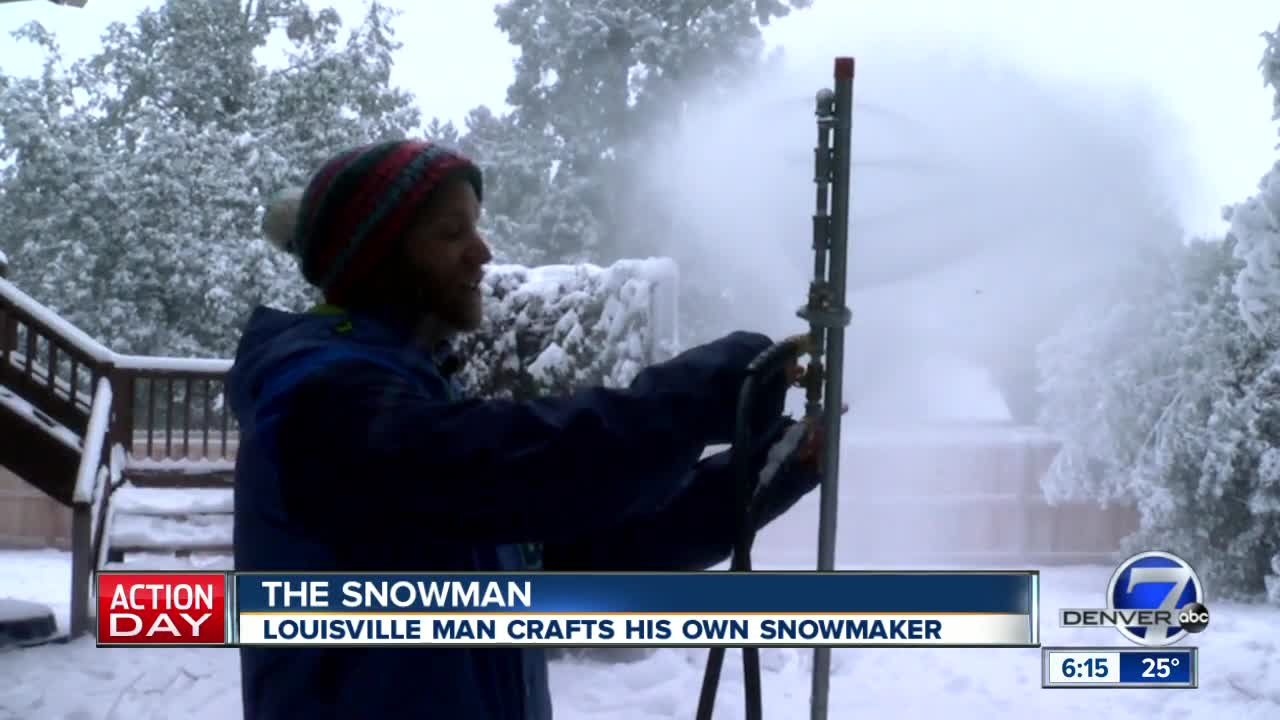 He says snowboarding has been his passion since he was a boy. So, he decided to build his own snow-making machine before the snow storm hit Colorado Thursday, so he could be able to snowboard in his backyard.

"Been doing this since I was a kiddo. My mom, she ended up buying me a snowboard when I was 5 and used to make me jumps in the backyard," he said.

Destafano says he pulled the blueprints of the machine from a website online and began putting the pieces together over a few months.

Add the snowboarding ramp and pipe he already had ready to go in his backyard, and Destafano says he was ready to go.

"It’s literally my favorite thing in the world. I don’t think anything comes close to it," Destafano said.

He says he wanted to create a snow-making machine in the first place in order to practice in his backyard with friends before going to the mountains to snowboard.