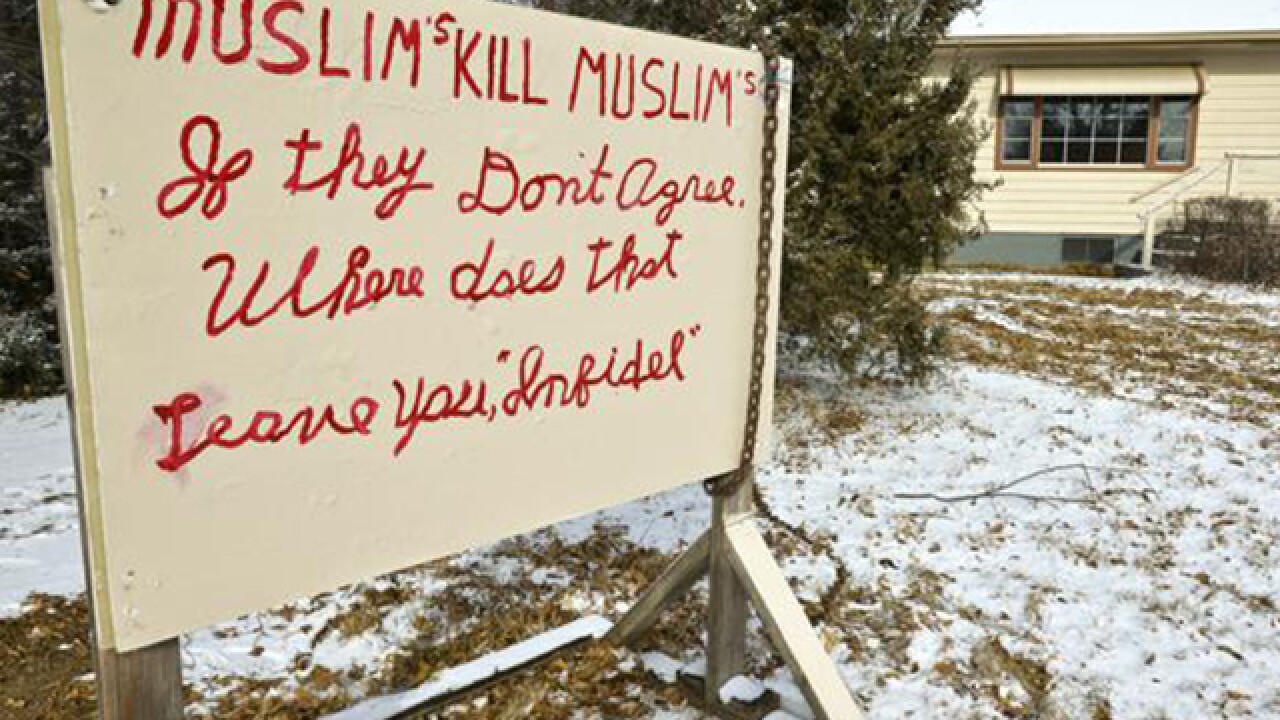 LONGMONT, Colo. (AP) — A Longmont man who put a sign in his yard bearing an anti-Muslim message has taken it down.

The Daily Times-Call reports that 83-year-old Harry McNevin removed the sign Thursday after complaints that the signs was offensive, though police and prosecutors said the message was protected by the First Amendment.

The sign had read "Muslim's kill Muslim's (sic) if they don't agree. Where does that leave you, 'infidel.'"

McNevin had said the sign was supposed to be a wake-up call for Americans to realize that Muslims are "not our friends."