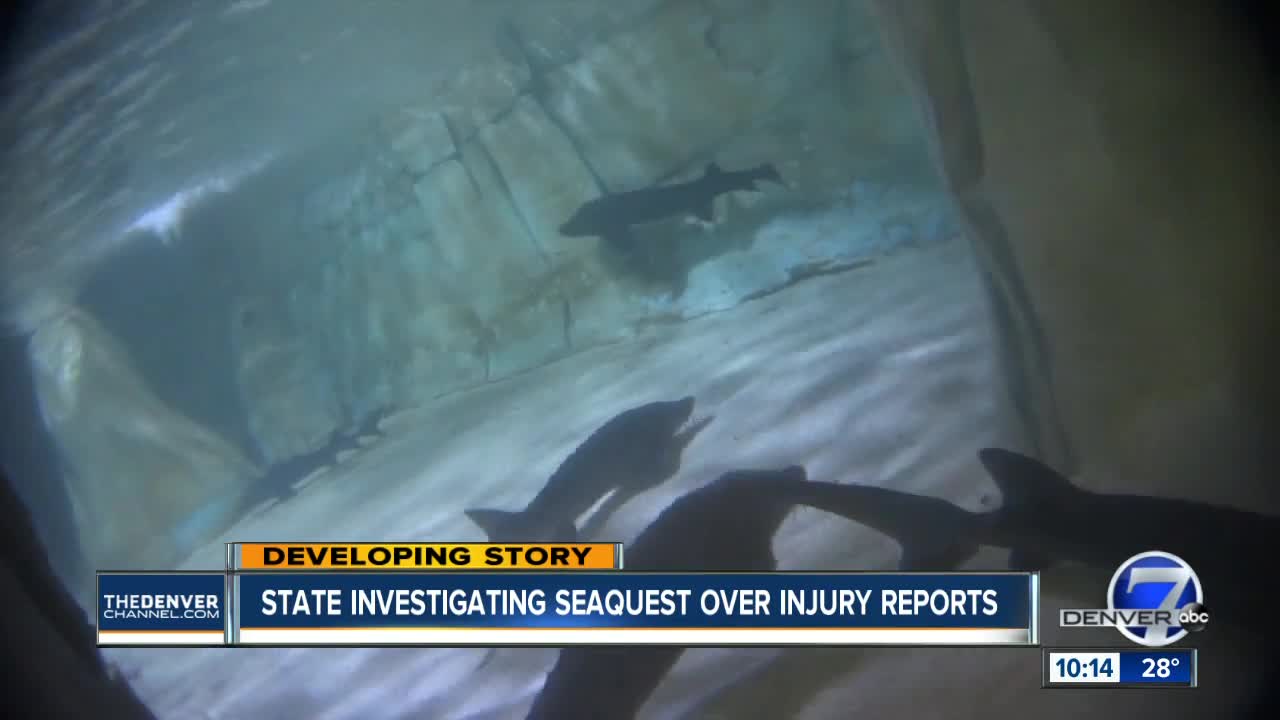 Denver7 obtained documents from the state showing at least 30 reports of injuries at the aquarium from June of 2018 through January of this year.

The injuries range from minor scratches to other cases that appear to be more serious. SeaQuest is required to self-report any injuries to the state as a part of requirement to maintain its current license.

Reports show an incident where a shark bit a guest and where stingray barb was stuck in someone's hand. During another incident, documents show an iguana jumped onto another person's chest and clawed at their mouth causing them to bleed.

"When you hear of anyone getting bitten, harmed, public safety is definitely a concern," said Jason Clay with Colorado Parks and Wildlife.

Staff members and guests have been injured as a result of the animal bites. According to the reports, a snake struck an employee and latched onto that person's hand and a little girl was bitten while feeling an iguana.

Wildlife officers will follow up on the incidents by conducting an onsite visit or a phone call to SeaQuest. Some reports could result in a citation, but the state will not say how many citations have been issued. Clay explained the citations could ultimately result in a suspension hearing depending on the number and severity.

The state previously issued a cease and desist order in July of 2018 for operating without a valid license and in violation of the Pet Animal Care Facility Act. At the time, a spokesperson for SeaQuest told Denver7 the company removed parakeets from the facility in order to come into compliance.

Denver7 reached out to SeaQuest CEO Vince Covino via phone Wednesday evening. Convino did not answer any questions about the injuries or the state investigation. He then referred all any further matters to a company spokesperson.

During an interview last year, Covino fiercely defended his aquarium and the treatment of their animals. When asked about guests who were concerned about the animals, he said, "These animals are interacting; I can't speak to this person's experience other than to say (it) is what we see on a daily basis - is thousands of people having an amazing time and the animals embracing it."