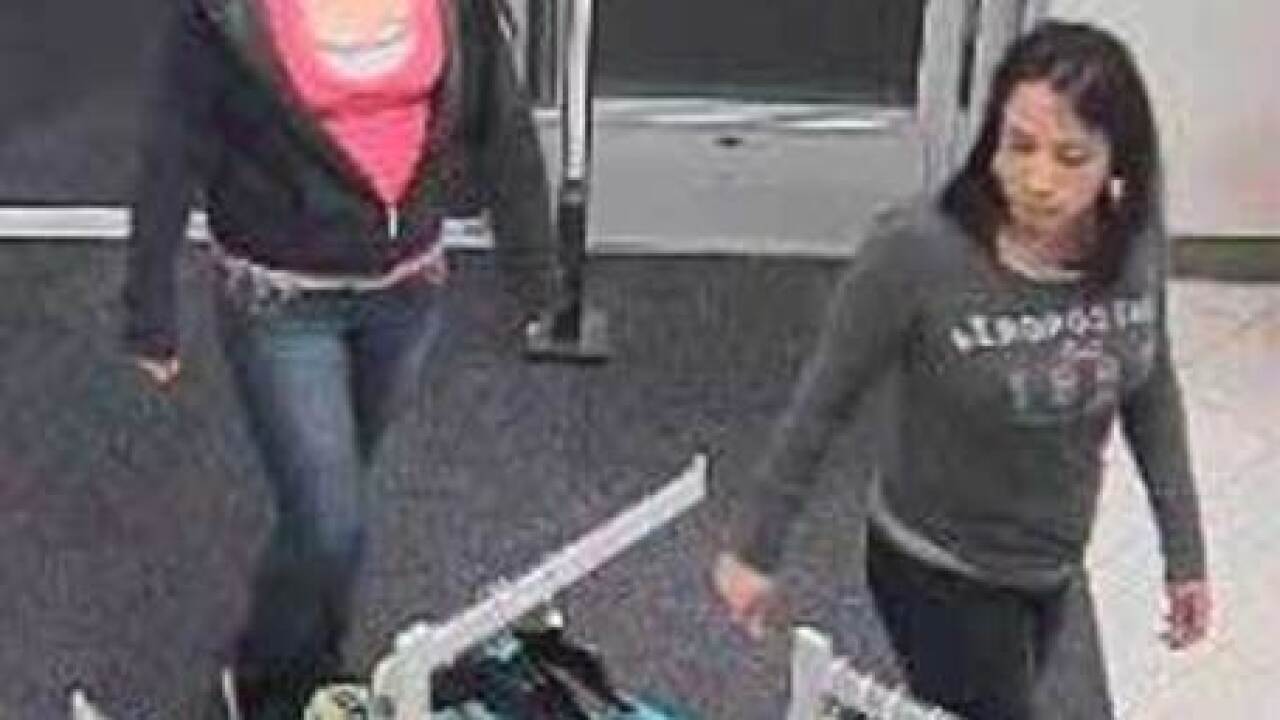 When two shoplifting suspects tried to run from a Burlington Coat Factory in Littleton with armfuls of clothes, a nearby mother got involved.

She yelled at her 19-year-old daughter to, "Get them!," according to the Jefferson County Sheriff's Office.

The teen jumped out of her family's truck, chased the shoplifting suspects and even jumped into a waiting minivan right after the suspects got in, deputies said.

"The van took off with the side door still wide open, and without the suspects realizing they had company," the Jefferson County Sheriff's Office said. "About 100 yards from the store entrance, [the teen] yelled at the suspects, who were startled. They stopped the van and yelled at her to get out, which she did."

The teen was not hurt. However, a store cashier who ran outside the store to pick up some dropped clothes was hit by the fleeing minivan, deputies said. She had minor injuries.

Investigators said the minivan was found abandoned a few miles away. It had been reported stolen out of Adams County.

Deputies said the first suspect is a Hispanic woman who appeared to be in her late thirties. She had black shoulder-length hair and was wearing a grey long-sleeve shirt and black pants.

The second suspect was a Hispanic woman, possibly in in her late teens. She had black hair with a pink headband and was wearing a pink shirt, black-hooded jacket and jeans. She appeared to have a tattoo above her left breast.

The shoplifting happened last Thursday, March 24, at 7:30 p.m. at the Burlington Coat Factory on Bowles Avenue and Wadsworth Blvd.

If you recognize either woman, call the Jefferson County Sheriff's Office at 303-271-5612.