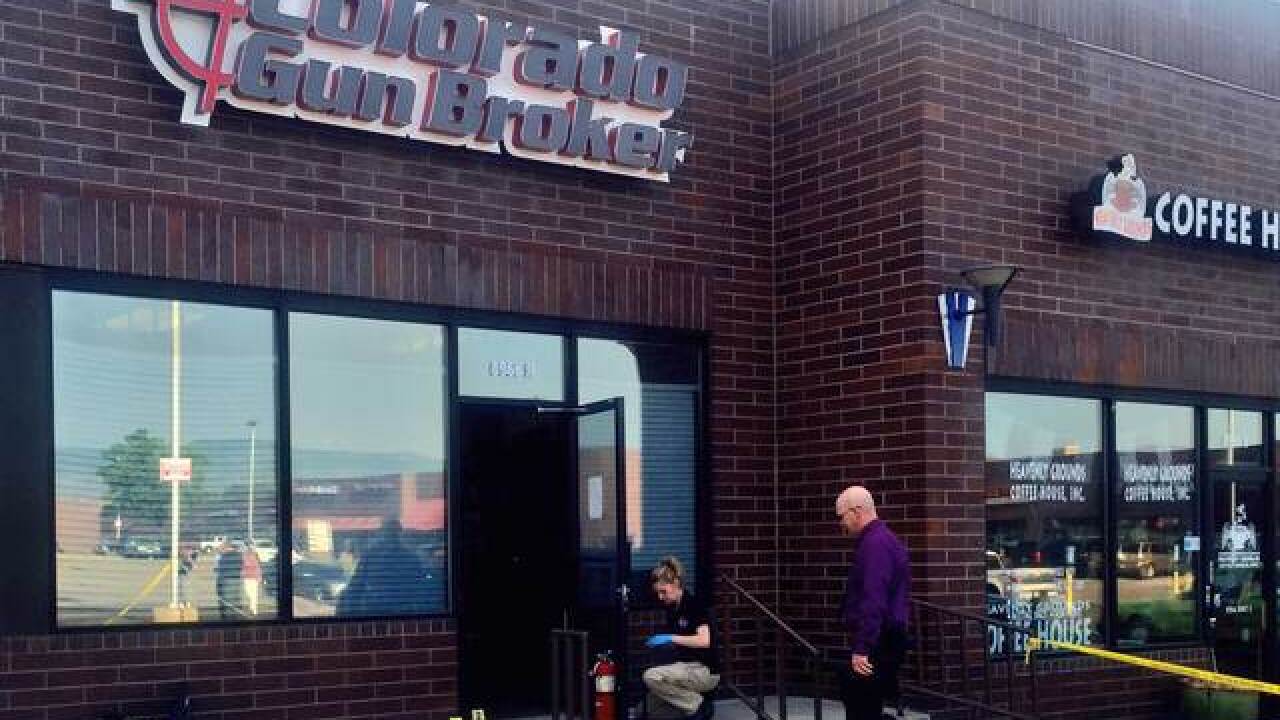 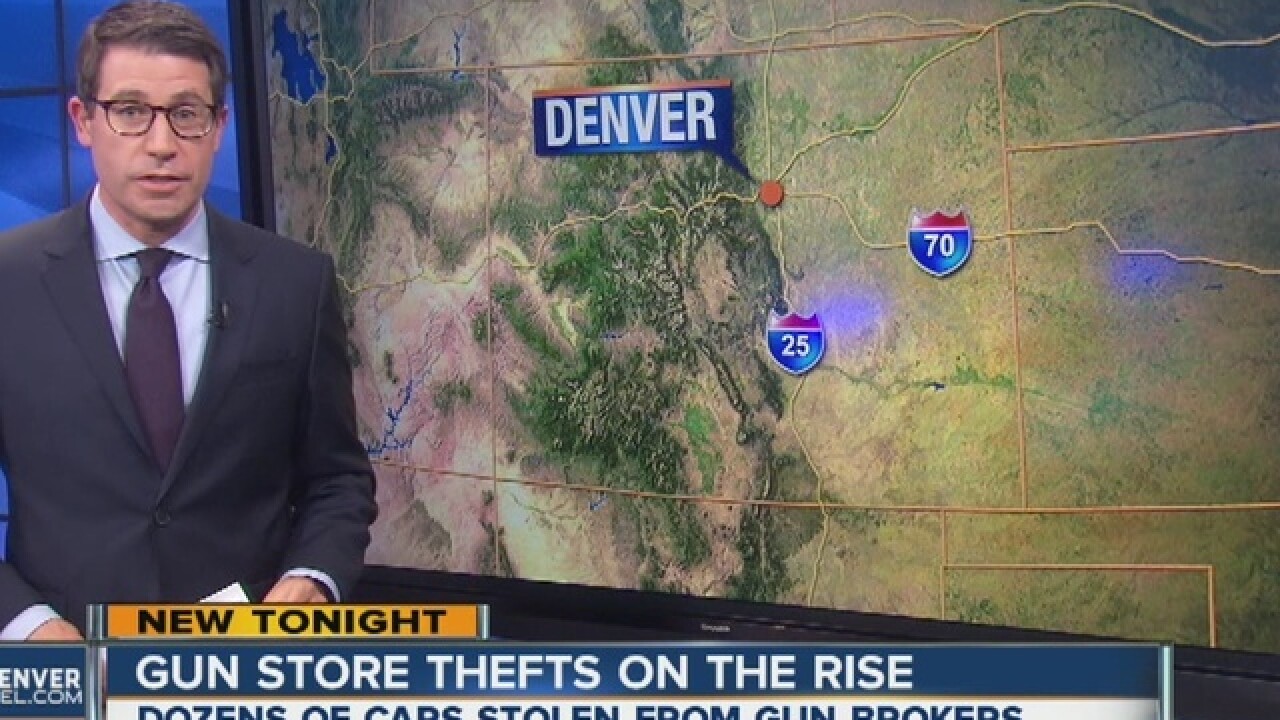 Investigators are looking into the theft of at least 29 guns in a smash-and-grab burglary at a store early Tuesday morning, according to the Bureau of Alcohol Tobacco and Firearms and Jefferson County Sheriff's officials.

The Jefferson County Sheriff's Office said the suspect, or suspects, forced their way into the Colorado Gun Broker on Bowles Avenue in Littleton around 3:45 a.m.

ATF Investigators say what happened here, represents a bigger issue in our state.

In March - five guns were stolen from Outdoor World in Stapleton.  The rifles were later recovered.

Gun store thefts are surging in Colorado, according to data provided by the ATF:

ATF Agents in Colorado struggle to explain why the jump is occurring.

"We really don't know.  There's definitely an uptick over the last several years and it's continuing this year," said Tim Kelly of the ATF.

Despite the mystery, investigators stress these are not impulse crimes, often part of a well-thought out crime ring.

“If you're going to do a burglary or an armed robbery of a federal gun dealer, I'm mean this is not a haphazard crime.  These are usually organized groups that are going in there and they have pre-planned these things."

Investigators said they don't know how many suspects there are, or any description of them, because the surveillance system was not working.