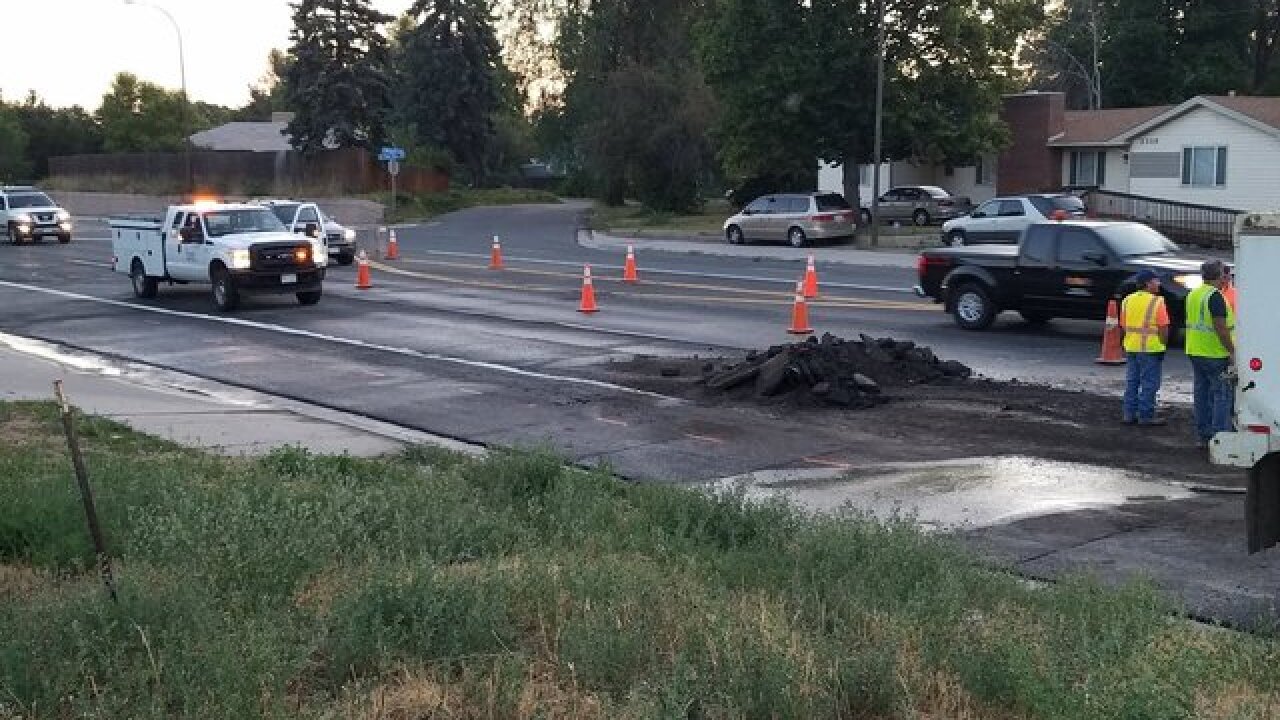 The break happened in the southbound lanes of Wadsworth in the 2300 block near 26th.

"At this time, we are awaiting the arrival of Consolidated Mutual water company to determine the size of the break," Lakewood police said in a statement sent to Denver7.