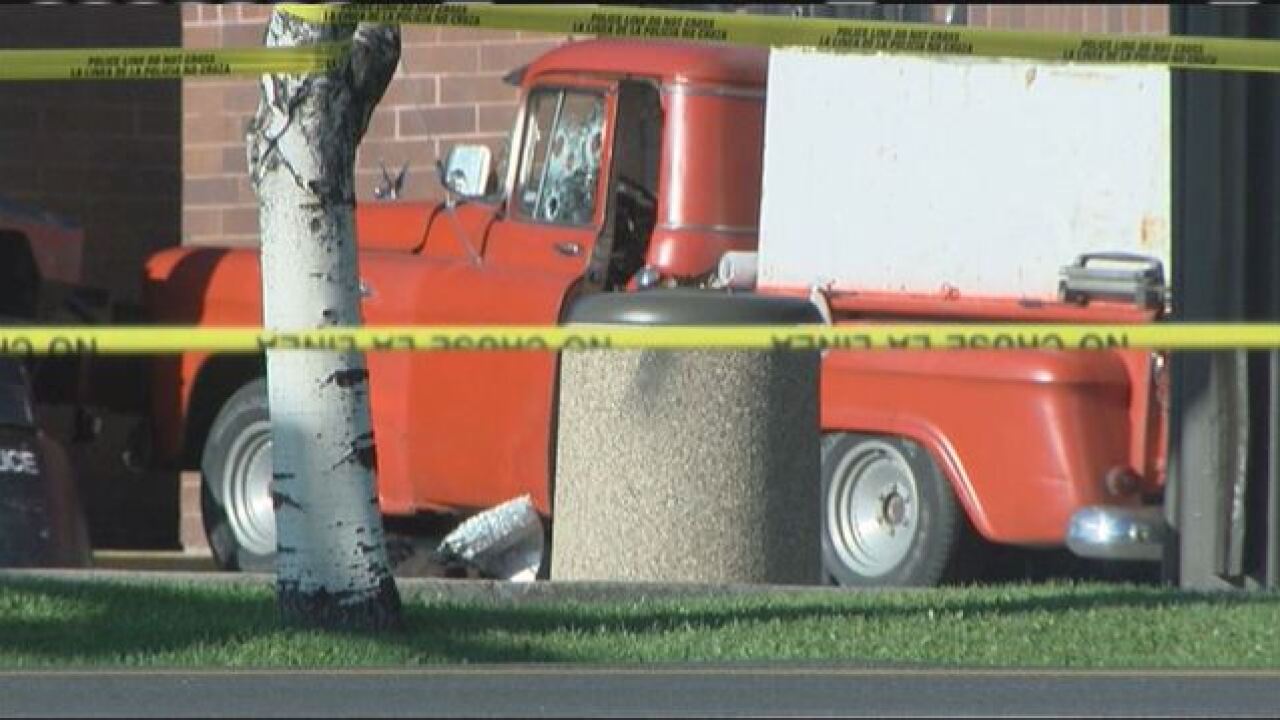 <p>Bullet holes in driver's side window following a police shooting at Sheridan Boulevard and West 1st Avenue in Lakewood on Saturday August 13, 2016.</p>

LAKEWOOD, Colo. (AP) -- A suspect who was shot by Lakewood police while they were trying to serve felony warrants has died.

Police spokesman Rob Albrets says they found the man at a convenience store early Saturday and the man told them he was armed.

Agents were attempting to contact the man, who had at least seven felony warrants, according to Rob Albrets with the Lakewood Police Department.

A SWAT responded and the man was shot.

Witnesses in the Winchell's Donut House told Denver7's Amanda del Castillo that they saw the man being loaded into an ambulance.

There was an armored SWAT vehicle parked near an older model orange pickup which had four to five bullet holes in the driver's side window.

Lakewood Police shoot a man at Sheridan and 1st Ave. Police say they were trying to make a warrant arrest. pic.twitter.com/FHyUQU5F8d

The man has not been identified.

The investigation into the shooting will be led by the Jefferson County Critical Incident Response Team.