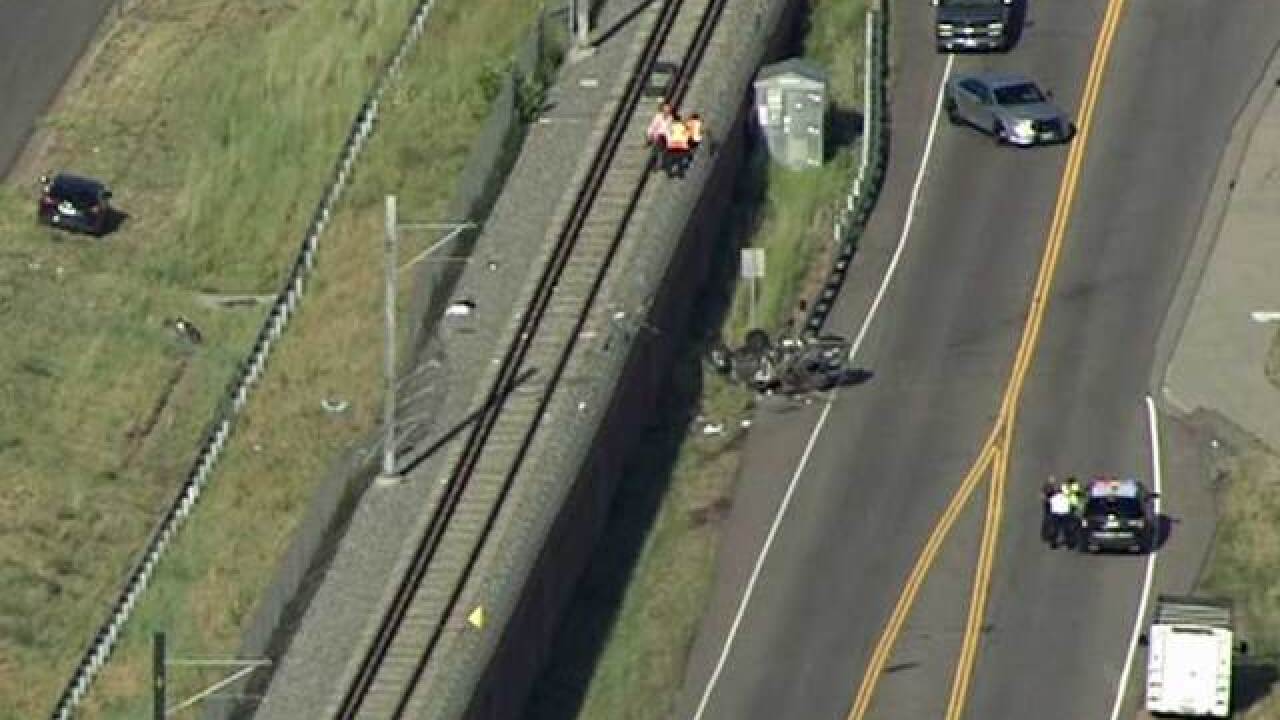 <p>Kimberly Henderson of Golden was killed in this fatal crash on West Sixth Avenue in Lakewood on July 23, 2015. Another driver, Andrew Huerena, has been charged with two counts of careless driving causing bodily injury and/or death, Lakewood police said. (Photo: AIRTRACKER7)</p>

A woman who caused a rollover crash in Lakewood that killed a woman and left a 10-year-old boy clinging to life has been sentenced to 16 years in prison.

The Denver Post reports 35-year-old Alisha Huerena was sentenced Monday for the July 23 death of 51-year-old Kimberly Henderson and the injury to Henderson's son. Huerena pleaded guilty in April to reckless manslaughter and second-degree assault with a deadly weapon.

Prosecutors say she was arguing with her husband as he drove when she grabbed the steering wheel, which caused the vehicle to slam into Henderson's SUV.

The mangled 4Runner fell off the raised tracks onto the West Sixth Avenue service road and came to rest on its roof.

Investigators say Huerena then lied about what caused the crash.

Huerena's husband pleaded guilty in May to being an accessory to a crime. He's scheduled to be sentenced Aug. 1.