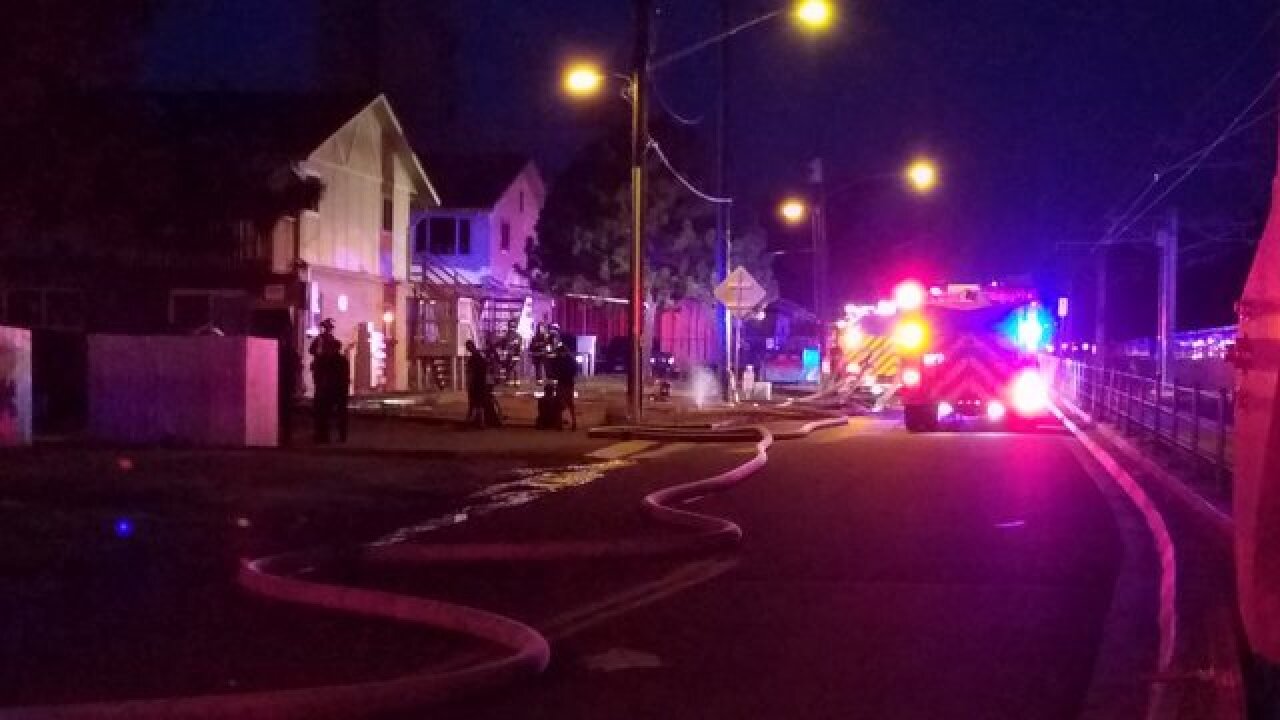 "I opened the door and you could just see the flames coming up," resident Brittany Bell told Denver7. "I ran and I couldn't see where I was going. But I ran and I ran down the stairs."

One person was injured, and 12 people were evacuated at the Quiet Creek Apartments on 13th Avenue at Lamar Street in Lakewood.

The complex is near the Lakewood County Club and Lamar light rail train station.

One victim was treated for smoke inhalation, officials said.

Bell's cats had to be rescued.

"Both of them got oxygen," said Bell, who lives in the apartment complex above the apartment that caught fire. "The older one had more smoke inhalation than the younger one, but they're both OK."

One apartment was destroyed, officials said. Investigators are trying to determine the cause of the fire.