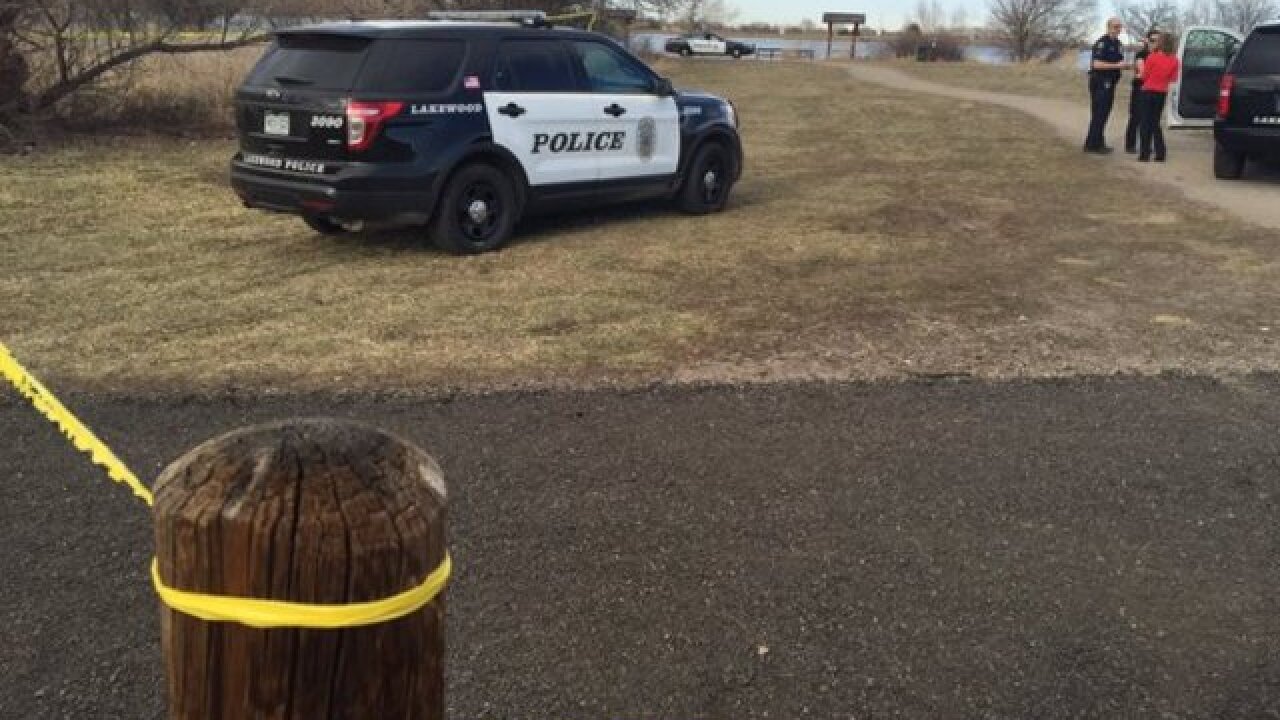 <p>A fisherman caught a gruesome sight as he was out with his family at the Main Reservoir in Lakewood. (Photo/Denver7 reporter Kyle Horan) </p>

The man whose body was found by a couple fishing in Lakewood Saturday was reported missing by his family three weeks ago.

The Jefferson County Coroner’s Office has identified the victim as 49-year-old Michael Edlin.

Edlin left home on February 10. He was last seen near the intersection of Jewell Ave & South Union Blvd., according to Lakewood police.

“I went to go cast my line out and by then, the sun was shining through the water... I looked down and sure enough, there was a dead body just floating right there," said the fisherman, who told police he and his wife made the discovery near the fishing docks.

"Detectives continue their investigation into Edlin’s death but as of yet have no reason to suspect that his death was the result of any criminal activity," Lakewood police said. "Anyone who feels they have information about Edlin is asked to call the Lakewood Police Department."