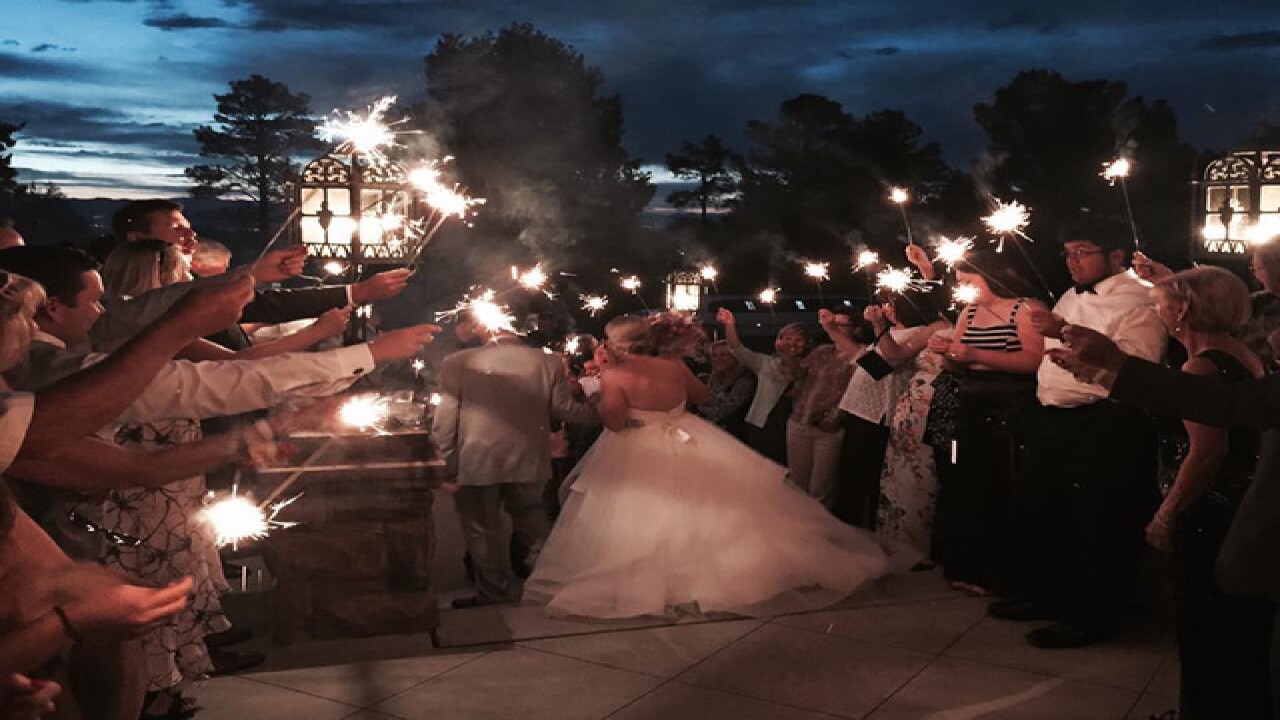 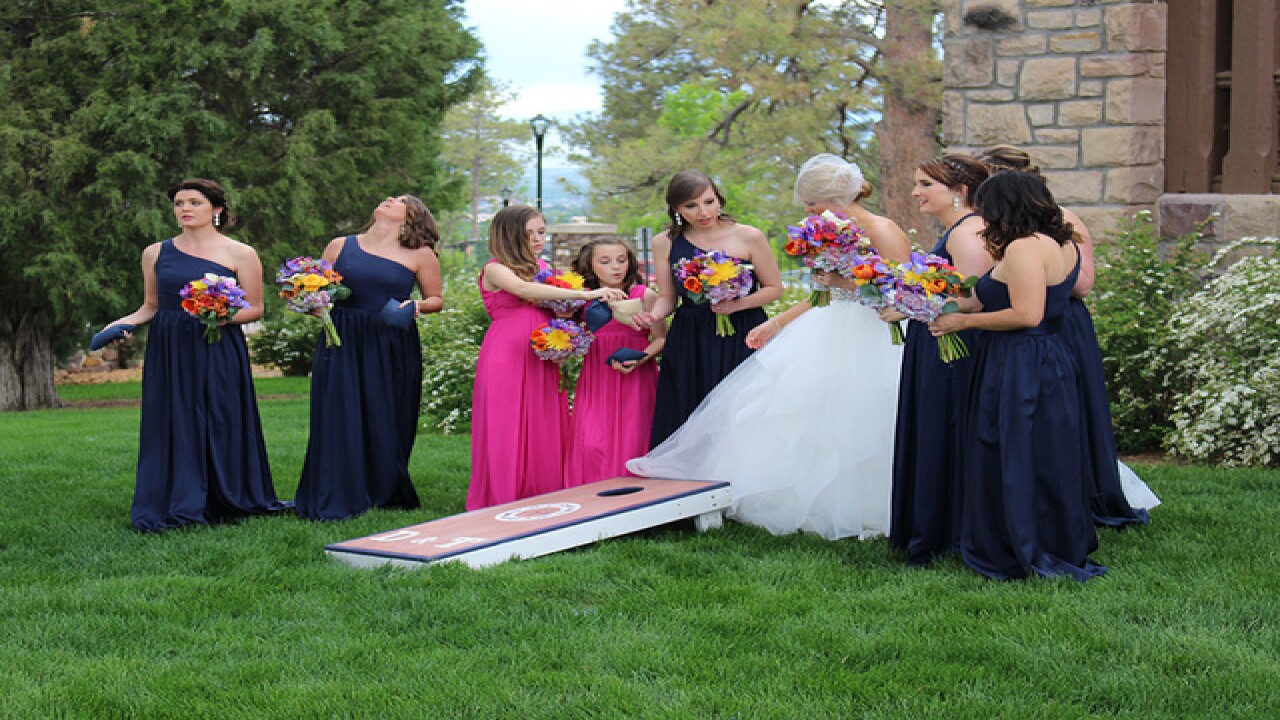 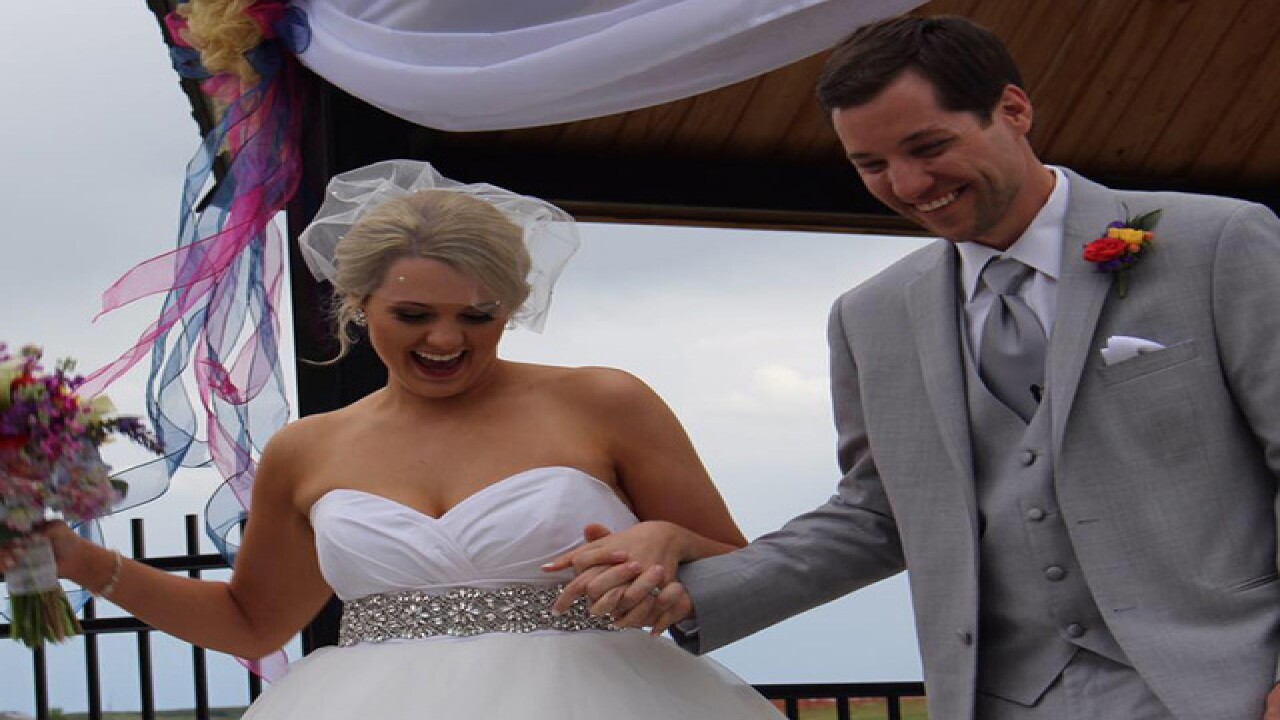 It was the day Taryn Haumann had always dreamed about, marrying her soon-to-be husband Daniel, in the place she grew up and where the two had met in Colorado.

They were married over Memorial Day weekend at a rustic Highlands Ranch wedding venue.

But what she didn't know, is while she and all her guests were enjoying the reception something else was going on in the room where she had gotten ready with all of her bridesmaids.

"I think I would be lying if this didn't taint it a little bit," said Haumann.

Denver7 talked to Haumann on Facetime from Atlanta where she and her husband now live.

"It's a really embarrassing situation," she said.

Haumann explained that when the reception ended, two of her bridesmaids noticed hundreds of dollars in cash missing from their purses.

"After the word theft had spread, all the guests had heard about it and the bus was held up because they were all checking their purses and wallets," she said.

Douglas County Sheriff's deputies were called out to the venue and after reviewing surveillance video.

"He said that when he saw the video, it was very clear that it was the sitter," said Haumann.

Haumann had hired two sitters from Wedding and Event Sitters by Charity.

Once confronted, deputies said Marchelle Collins, 36, from Arvada, confessed to the whole thing and was charged with theft.

"Instead of watching them, she was stealing from us," said Haumann.

When Haumann tried to reach out to the owner of the company to get her money back, she was shocked at the response.

"She won't even return our phone call to tell us that's she's not going to pay us back," said Haumann.

Which is why Haumann said she's telling her story so other brides don't make the same mistake.

"You think these people that you're paying to be there for your day is going to be fine -- and it's not," she said.

Haumann said she chose Wedding and Event Sitters by Charity because it had positive reviews, and the owner told her she was insured and performed background checks on employees.

Denver7 reached out to the owner, Charity, and when reporter Jennifer Kovaleski asked why she wasn't willing to issue a refund all she would say is "no comment."