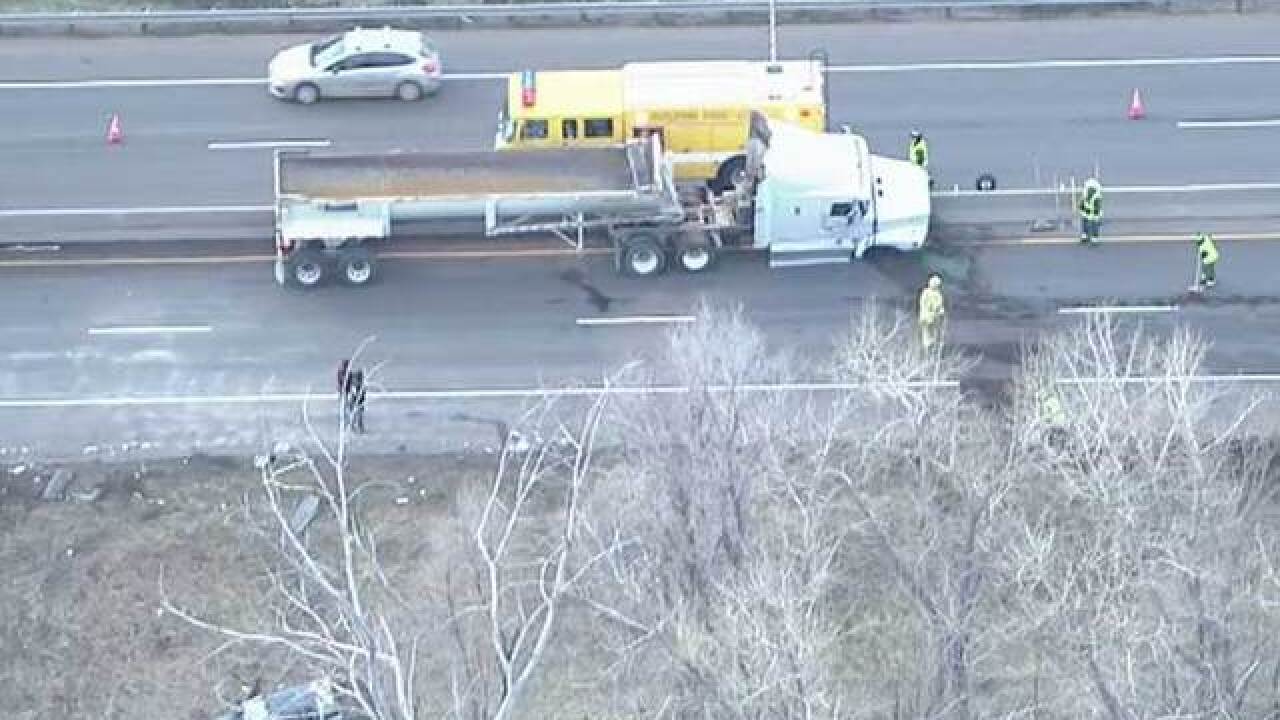 A deer is being blamed for a multi-vehicle crash that closed Highway 58 in Golden Tuesday morning.

The deer jumped out into westbound traffic, near the Boyd Street exit, around 6:45 a.m.

The drivers of two vehicles hit their brakes to avoid the deer, according to city of Golden spokeswoman Karlyn Tilley.

Tilley said a semi truck, behind the first two vehicles, hit the vehicles.

One car hit the deer, killing it. A second vehicle, a pickup truck, rolled and landed in the grass off the highway.

Three people in the pickup truck were taken to the hospital with non-life threatening injuries, Tilley said.

The driver of the car that hit the deer and the semi truck driver were not injured.

Video from AIRTRACKER7 showed the semi truck ended up partially on the concrete median. That damaged the truck's oil pan, leaking oil on to the highway. The westbound lanes were closed for several hours for the oil cleanup.