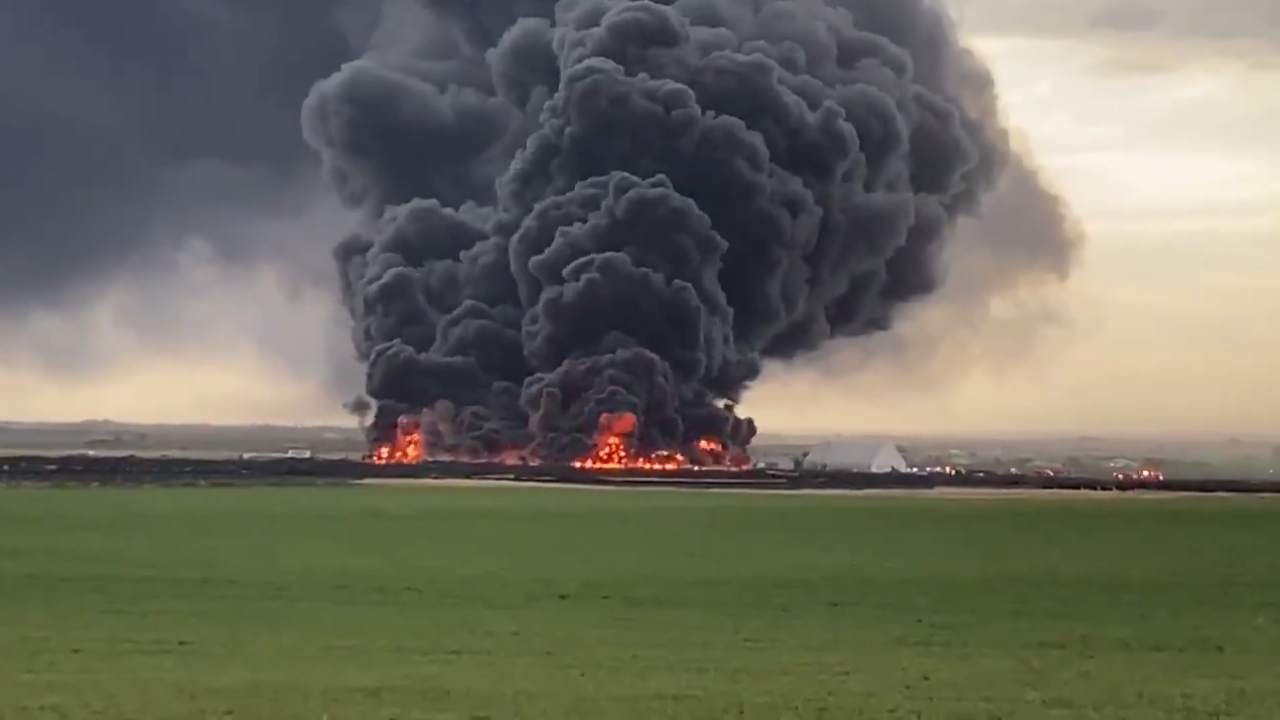 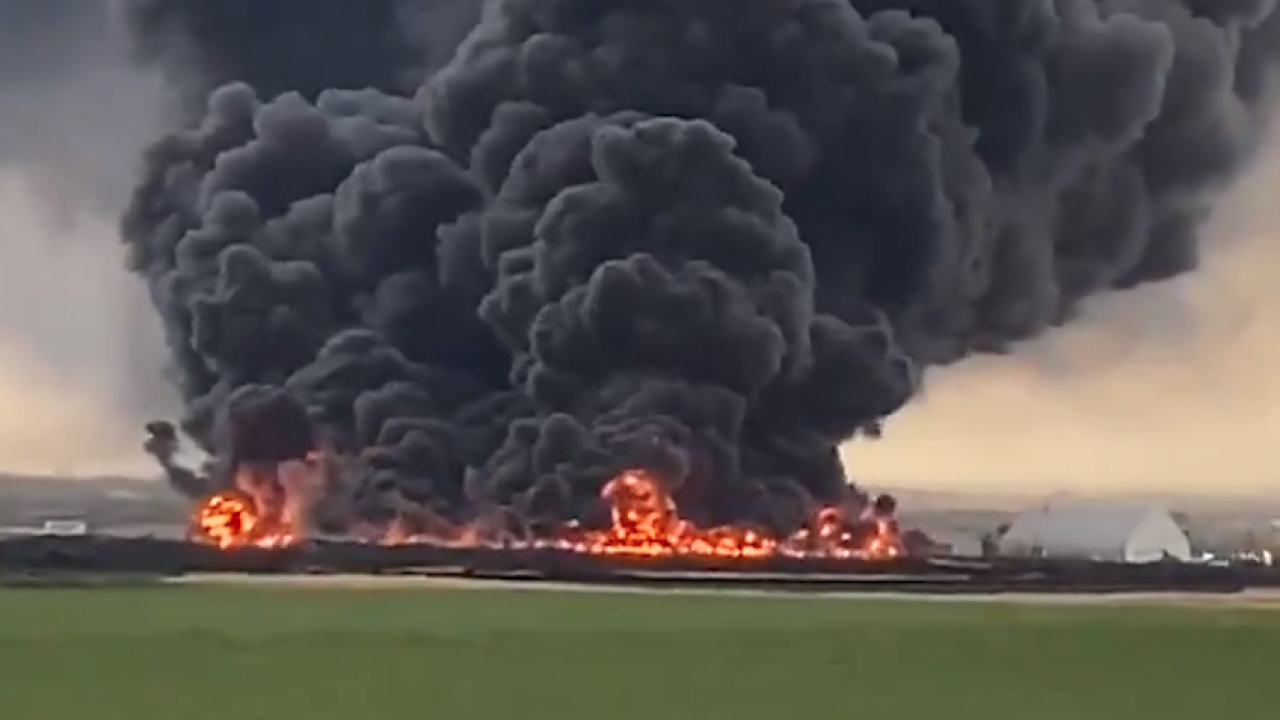 A total of 12 agencies plus other private contractors were still assisting in containment efforts by 10:15 p.m., according to a news release.

The fire, which ignited at a tire recycling facility on Weld County Road 41 near the intersection of County Road 26 just before 5:30 p.m., still had seven piles of tires - or about five acres - burning, officials said.

MASSIVE FIRE: Forty firefighters are battling this blaze at a tire recycling facility northeast of Fort Lupton. One structure is threatened but no evacuation notices or injuries have been reported. The fire department says "this will be a prolonged incident." 📹: @timwatts07 pic.twitter.com/6ERyYeNLIF

Fire crews were using heavy equipment to move dirt around to build berms, and were using surrounding dirt to help fight the fire.

"On scene command staff are using strategies that proved successful in the 1987 fire at this same location for containment," a spokesperson said in the release.

Initial reports about the fire stated equipment caught fire, but officials have yet to find out how the fire started.

The blaze, which could be seen from 30 miles away by passersby, created a colossal plume of black smoke that according to reports on social media, left a foul smell for neighbors in the surrounding area.

Over 40 firefighters from twelve different agencies were battling the blaze, according to the news release.