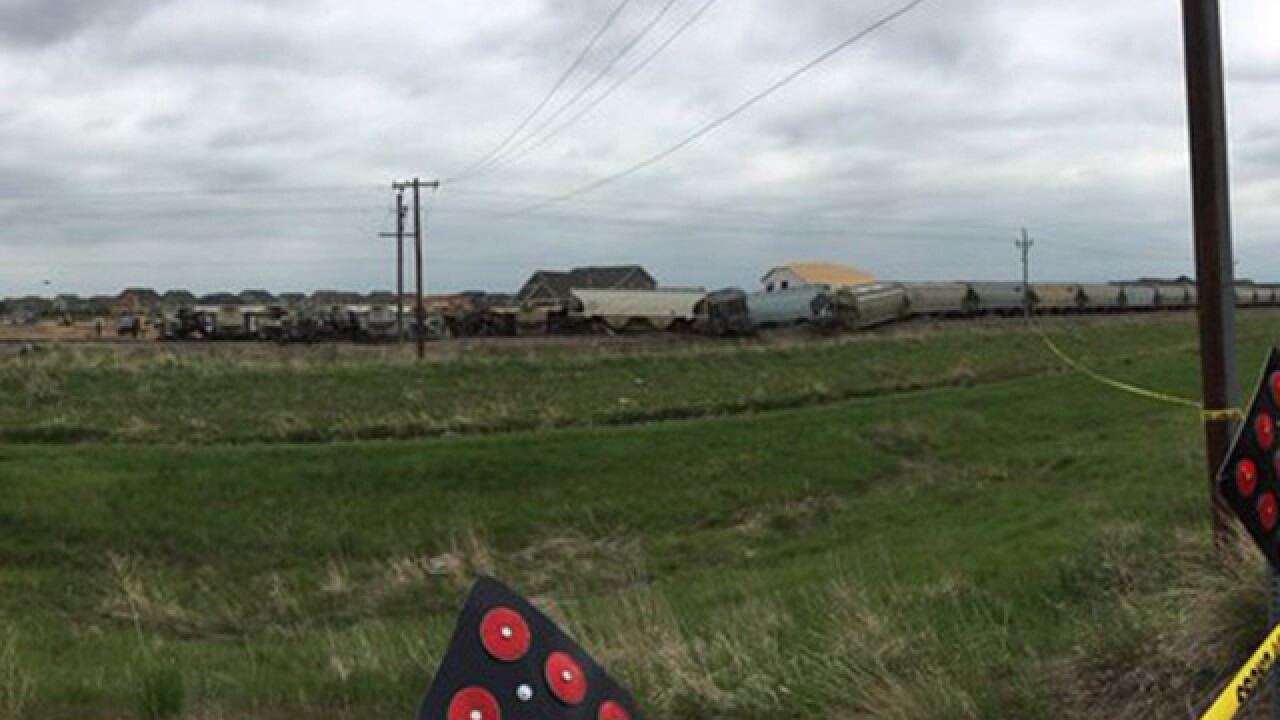 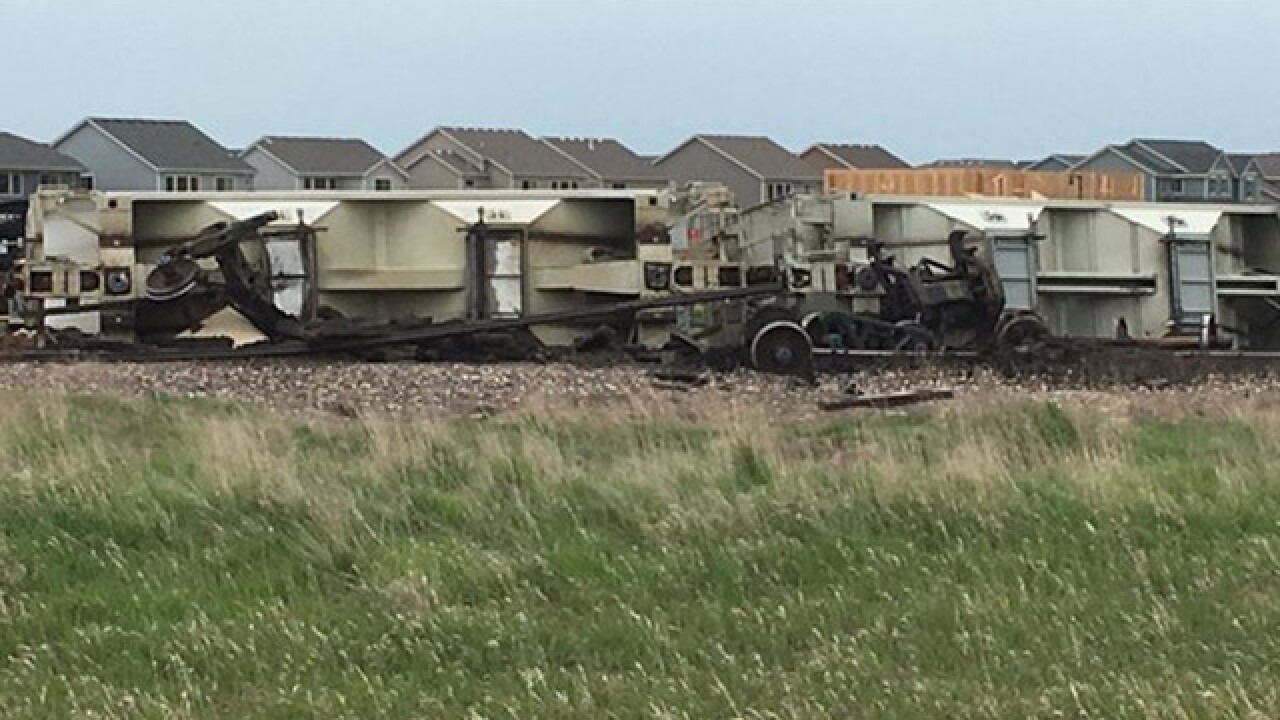 A train carrying silica sand partially derailed Sunday afternoon in a town southeast of Fort Collins, according to authorities.

A total of nine cars shifted off the railroad tracks, some coming to rest on their sides, near Bethke Elementary School in Timnath, according to Madeline Noblett, a Poudre Fire Authority spokesperson.

The community was not in danger of exposure to dangerous chemicals, as none of the approximately 100 cars of the Great Western train were carrying anything that poses a hazmat threat. There were also no reported injuries, Noblett said.

The cause of the derailment is unknown at this time.

Silica sand is used commonly in fracking operations. Timnath has a population of about 1,500 people.