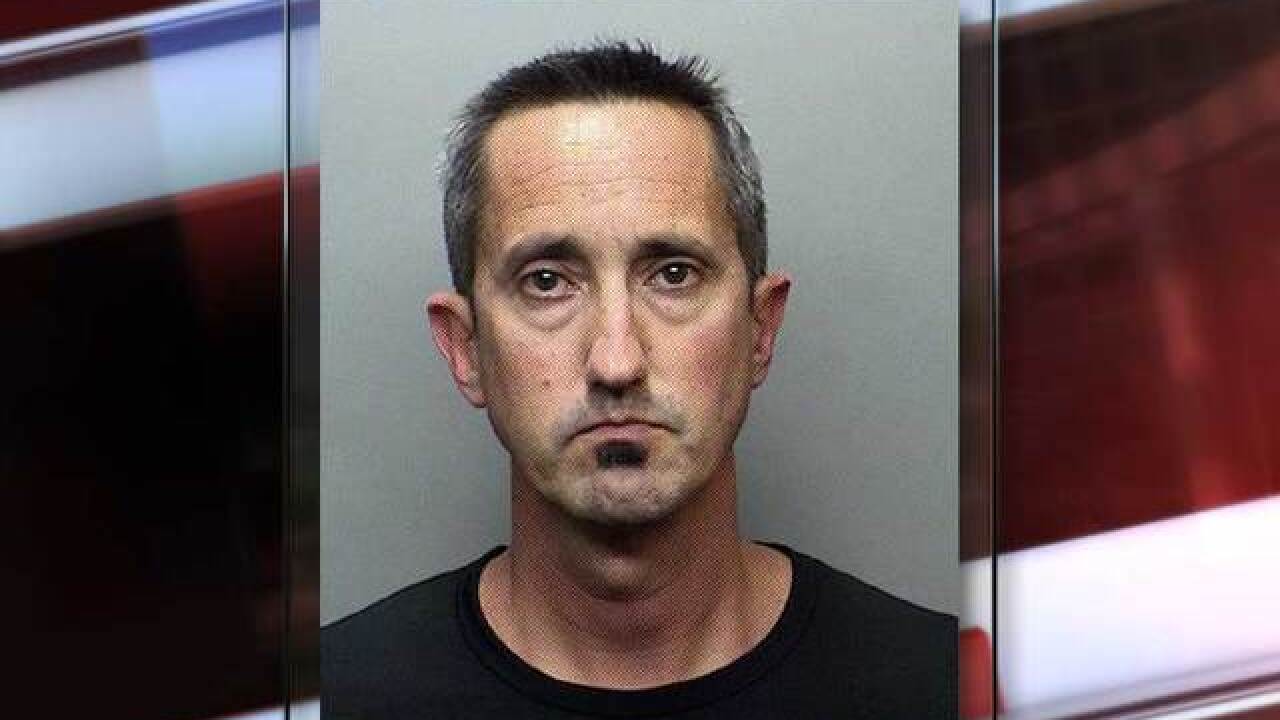 So far, police said they have identified three women in Colorado and a fourth woman in Nebraska who say the nurse sexually touched them -- or tried to until one woman pushed his hands away.

Two women told investigators the nurse, Thomas Mark Moore, 43, sent them Facebook "friend requests" after they left the hospital, according to an arrest affidavit obtained by Denver7. One woman said she felt like he was "stalking her."

Moore was arrested Dec. 21 and has been charged with one felony count of unlawful sexual contact. He was released from jail after posting a $7,500 bond.

The investigation began in August when a woman went to Fort Collins police and said she had been sexually touched by a nurse named "Tom" in December 2013 after she went to the Poudre Valley Hospital emergency room with severe abdominal pain.

The woman said the nurse had placed her in an ER room that was curtained off from other beds.

The woman told police the drug made her feel "out of it" and she may have lost consciousness. The patient said as she came to her senses, she realized that the nurse had opened her hospital gown and he was touching and kissing her bare breasts and neck as she lay on her back, the affidavit states.

The woman said the nurse continued to molest her as she laid still with her hands by her sides. She said she felt like she should have told him to stop, but she didn't.

Then the nurse quickly left the room.

The woman said when she was discharged from the ER, the nurse escorted her out.

"I'll find you Sweetie," Moore told the woman, according to the affidavit.

The woman said three days later she received a Facebook friend request from "Tom Moore." She told police she didn't accept his friend request, but she did exchange a few Facebook messages with Moore.

"She said she thought he wanted to have an affair with her and she was not interested in that," the affidavit states.

When asked why it took so long for the victim to come forward, Fort Collins Police Services PR Manager Kate Kimble said, "Often victims say they feel embarrassed or ashamed of what happened.  That's the reason they don't report or wait to report."

Kimble told Denver7 that it's important for people to know that support is available.

"We have great victim's advocates," she said, "and we will seek justice for those victims."

There are others in Colorado.

In September, a police investigator contacted a Colorado Board of Nursing investigator, who said that Moore also had two complaints from female patients at the Greeley Emergency Center that led the hospital to fire him.

Police obtained medical records from the Greeley hospital showing one female patient was treated by Moore for abdominal pain on March 6, 2014. He treated a second woman for a severe migraine headache on April 21, 2015.

Both women said they were under the influence of a strong pain medication, "morphine and/or Dilaudid," the affidavit states.

The migraine patient said she was "sexually assaulted" by the nurse who massaged her chest while she was under the influence of the pain medication, the affidavit states.

She said "he never touched her breasts, but came close," the affidavit states.

Greeley police spokesman Sgt. Joe Tymkowych told Denver7 that a woman contacted the department in August 2014 to report that she'd been improperly touched by a male employee at an emergency room in March of 2014.

"She declined to prosecute and just wanted to let people know what he did," Tymkowych said.

"UCHealth thoroughly investigated this incident, terminated the employee in June, and reported the nurse to the Colorado Board of Nursing," Tracer said in a statement to Denver7.

"Patient safety is a top priority for UCHealth. All allegations of inappropriate conduct are taken seriously and carefully investigated, and disciplinary action will be taken anytime an employee is found to have violated our code of conduct or acted inappropriately toward a patient," she added.

Meanwhile, Fort Collins police identified a fourth woman who said Moore groped her in 2014 when she was treated for weakness caused by an eating disorder at Regional West Medical Center in Scottsbluff, Nebraska.

The woman told a police officer Moore ran his hands all over her body while she was in a private ER room. She said he put his hands under a blanket and into her hospital gown, touching her bare breasts, her thighs and her genitalia.

The woman said she "felt frozen" while he did it. She tried to roll away from him, but he told her "she needed to lie flat on her back and after rolling her back [onto her back] he continued to sexually touch her," the affidavit states.

Fort Collins police provided information about their interview with the woman to Scottsbluff police.

"Anytime you have someone like a nurse, who is in a position of authority, that's concerning," Kimble said. "There's a level of trust there that's important to maintain."

Denver7 has learned that Moore voluntarily surrendered his Alaska nursing license in July 2014. Documents obtained by Denver7 include a letter Moore wrote to state authorities saying that he was surrendering his license after learning that Alaska's professional licensing agency was investigating "undisclosed convictions in his license application."

After all this, Moore still has an active Colorado nursing license. The state professional licensing website states that "There is no Discipline or Board Actions on file" for Moore's nursing license.

A spokeswoman the Colorado Department of Regulatory Agencies (DORA) told Denver7 in an email Tuesday evening: "The State Board of Nursing, which enforces the Nurse Practice Act, is a closed board by statute, meaning complaints are confidential and [it] can neither confirm or deny a complaint exists. The Board's mission is consumer protection and it takes seriously any allegations that may compromise public safety."

The spokeswoman added that DORA is "working to gather additional information."

Meanwhile, the Fort Collins police investigation forges ahead and they're concerned there could be more victims out there.

"That's one of the reasons we're putting this message out now," Kimble said, "because we want to make sure, given his history of working at numerous hospitals, we want to make sure that if there are any other victims, they come forward and speak to police."

Police said Moore worked at several medical centers from 2008-2015, including:

Police asked anyone who may have been victimized to contact Detective Dan Calahan at 970-416-2051 or dcalahan@fcgov.com.