Copyright 2017 Scripps Media, Inc. All rights reserved. This material may not be published, broadcast, rewritten, or redistributed.
Dean Mouhtaropoulos
<p>RIO DE JANEIRO, BRAZIL - AUGUST 21: Nino Schurter of Switzerland rides during the Men's Cross-Country on Day 16 of the Rio 2016 Olympic Games at Mountain Bike Centre on August 21, 2016 in Rio de Janeiro, Brazil. (Photo by Dean Mouhtaropoulos/Getty Images)</p>
By: Oscar Contreras
Posted at 9:12 PM, May 10, 2018

FORT COLLINS, Colo. – Sorry Boulder, but another city is taking the spot for best bike town in Colorado this week.

It turns out Fort Collins has been named the best city to ride your bike in this great land we call the United States of America. That’s according to PeopleForBikes.

And before you raise arms in protest, Boulder: you came in third, behind Wausau, Wisconsin. 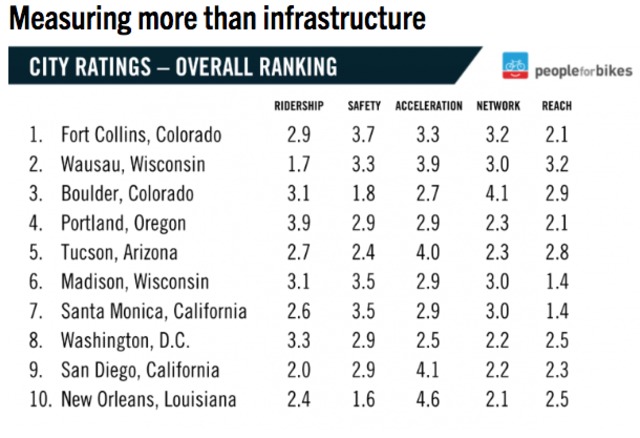 But this isn’t the first accolade for the City of Fort Collins. The city has already been named a “Platinum Bicycle Friendly Community,” the highest ranking from the League of American Bicyclists, according to PeopleForBikes.

“This is a great honor and one that shows how important cycling is to our community,” said Fort Collins Mayor Wade Troxell. “Our amazing cyclists and cycling infrastructure helps to make Fort Collins a wonderful place to enjoy and safely travel by bicycle.”

To see more on how PeopleForBikes came up with the score, click here.