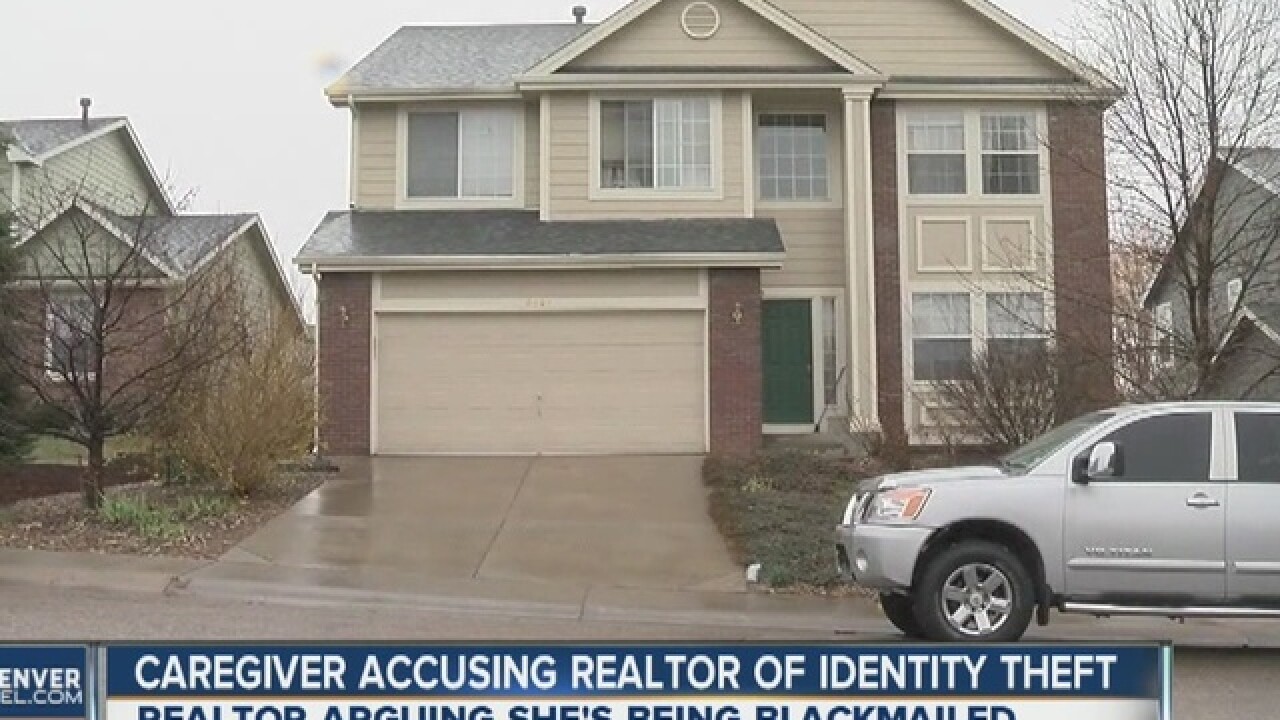 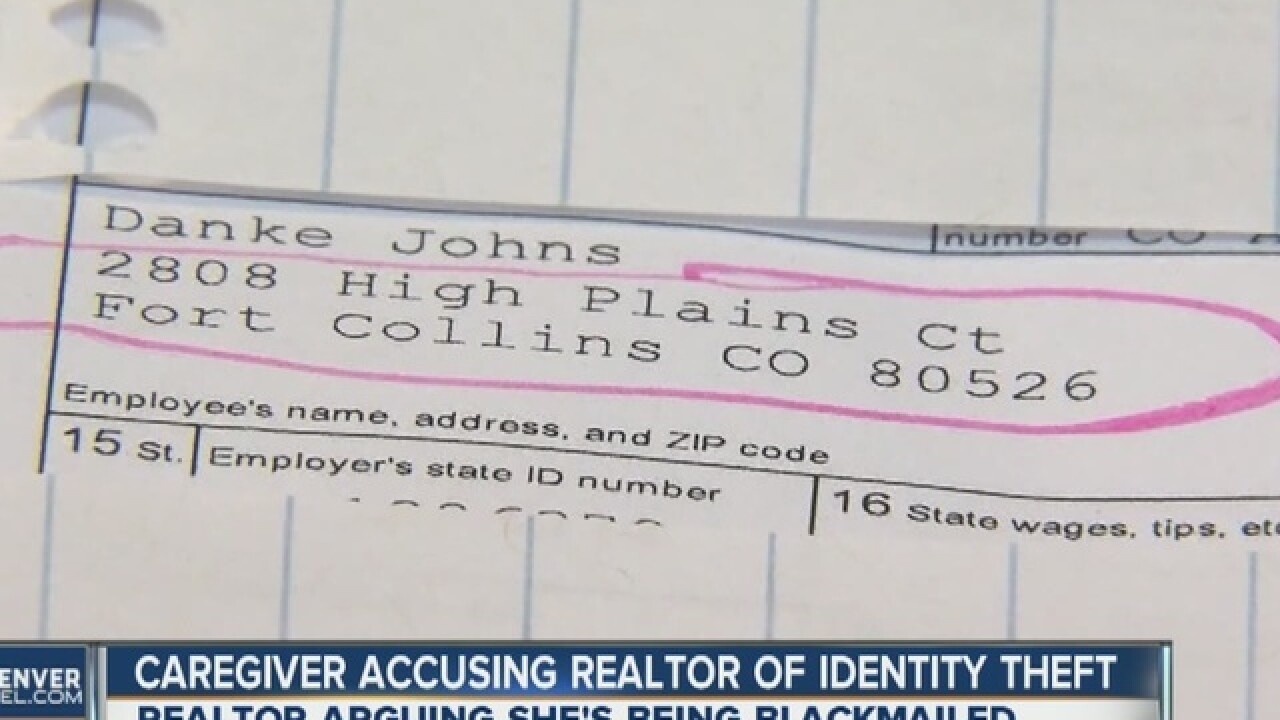 A Fort Collins woman says the realtor who hired her to take care of her disabled daughter ended up stealing her identity and cashing her paychecks.

But the realtor argues her accuser isn’t fit to be a caregiver, and so now she’s evicting her.

Dawn Johns told Denver7 that she was hired last October as a live-in caregiver to Mimi Kaimakidis’ adult daughter, who was injured in a car crash.

She said everything was fine until February, when she tried to get her W-2 forms.

“I learned that my information had been changed to her address and that there were current checks being issued for a lot more than I was ever paid.”

Kaimakidis said the agreement was that Johns’ caregiving income would be used to pay for her disabled daughter’s care, and in return, Johns would live at the daughter’s house with expenses paid.

“That’s a blatant lie,” Johns said. “I would never agree… I don’t do any type of fraud.”

“When I walked in on her, the whole place was full of drugs and all these people, homeless people, walking around on drugs,” the realtor said.

Johns said she drank beer at the house, but did not give it to her patient. She also said the only drug in the house was marijuana and that she didn’t use it herself, but that Kaimakidis’ grown daughter did.

“I believe she’s able to make her own decisions,” Johns said.

The caregiver said Kaimakidis is under investigation by Adult Protective Services. She said the realtor allegedly took financial advantage of her daughter and abused her.

Johns said that after she spoke with investigators about the allegations, Kaimakidis asked her what she told them and she said, “I can’t discuss it.”

She said that’s when Kaimakidis sent her an email stating that she was no longer employed as her daughter’s caregiver and was terminated.

The realtor is now trying to evict Johns.

Johns believes she has been wrongfully terminated and plans to fight.

Kaimakidis told Denver7 that Johns is trying to blackmail her.

So far, the case remains civil in nature. No charges have been filed.