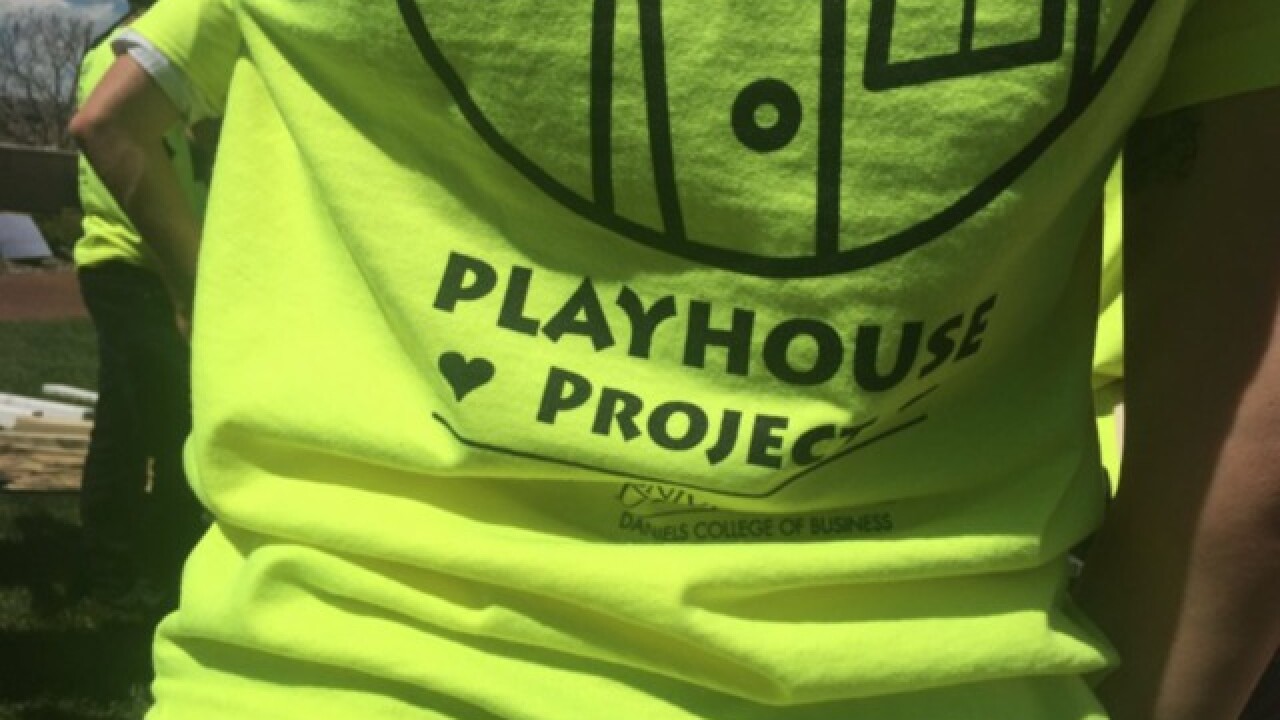 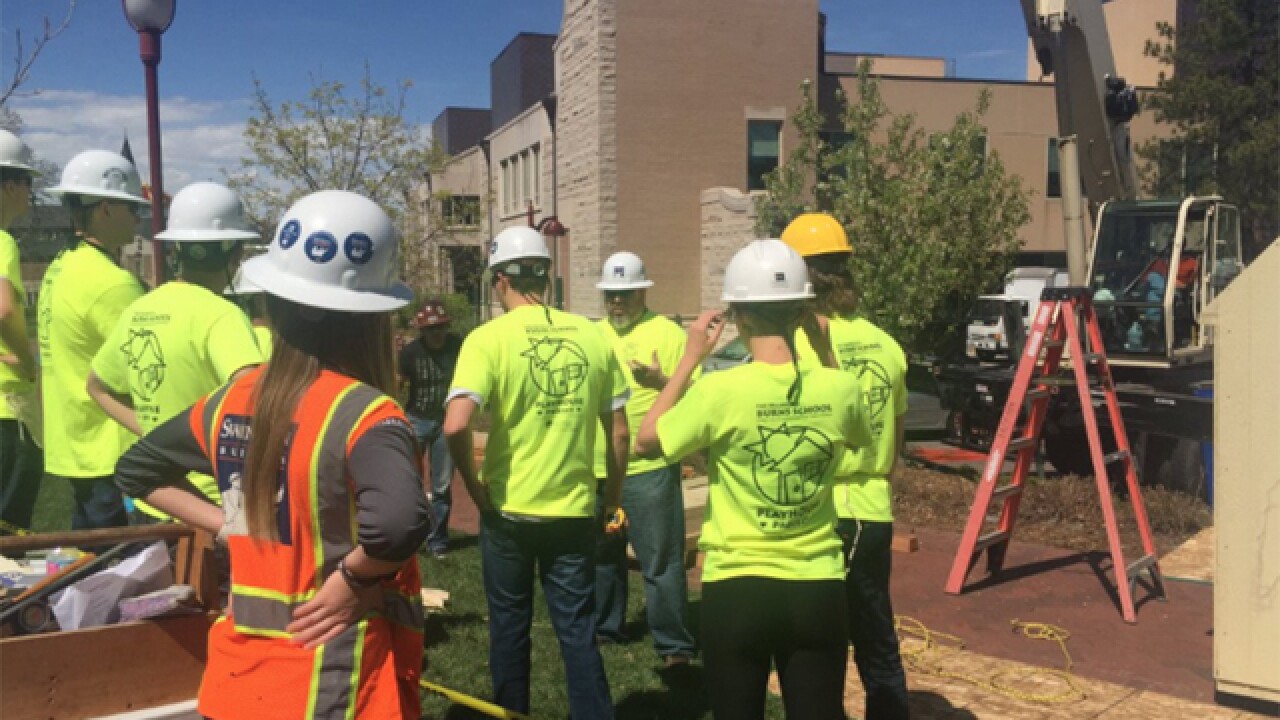 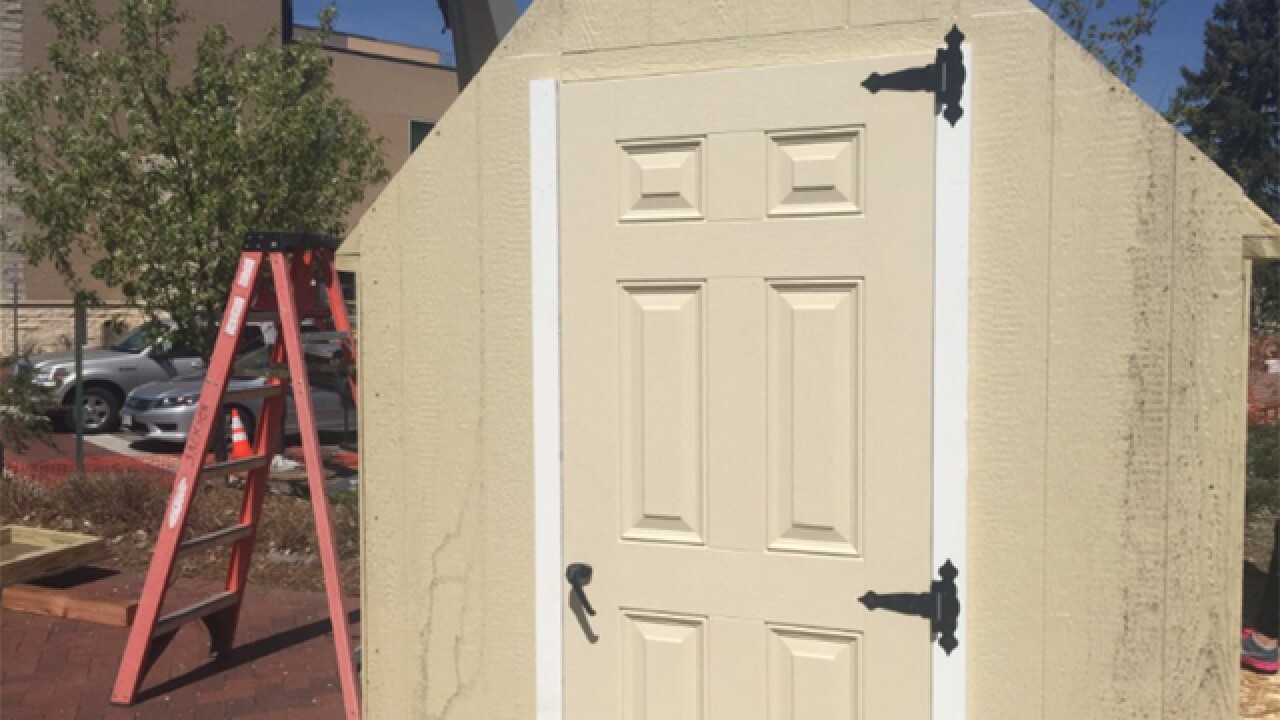 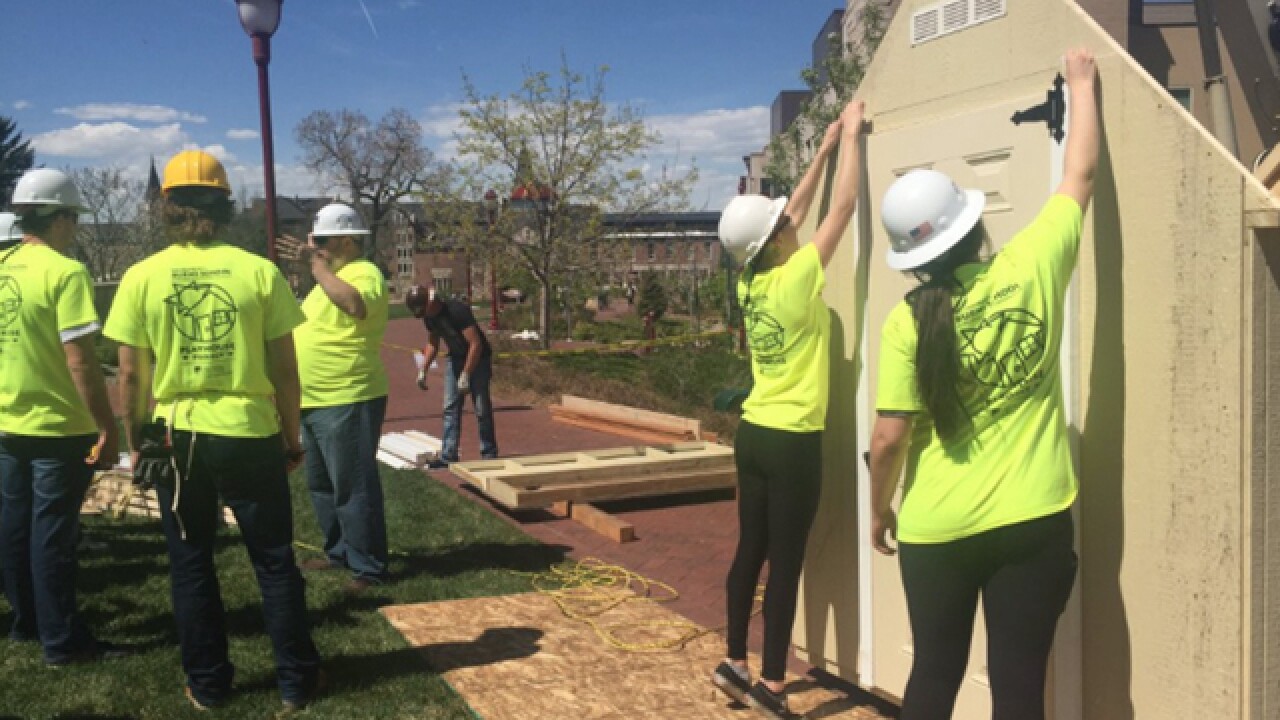 If your drive takes you near the University of Denver, maybe you saw a huge crane. That's because an army of students came together to build a playhouse for a U.S. Army veteran's little girl.

"We don't have a construction lab so this is our living lab," said Eric Holt, assistant teaching professor at the University of Denver.

Building a home, even one as tiny as the one this team was building, is no easy task.

"The playhouse doesn't need a 30-ton crane, but these students don't get a chance to learn safety, learn rigging," said Holt.

And while they're learning the tools of their trade, these construction management students are teaming up with the Wounded Warrior Foundation, giving back to a family who's already given so much.

After serving for almost nine years as a Sergeant in the U.S. Army, Salvador Chavez was medically discharged after a tour in Iraq. "I got hit by four IEDs," he said.

Chavez said returning to civilian life has been a challenge. He suffers from Post Traumatic Stress Disorder (PTSD) and adds that many people just don't understand.

"And they're like, I don't know what you're talking about," he said.

Rafael Hernandez does understand. A DU alumni and a U.S. Army veteran himself, Hernandez flew back to Denver to work on the playhouse project.

"It's an opportunity for one veteran to reach out to another veteran as well," Hernandez said.

When the work is done, Chavez’s 4-year old daughter, Samantha, will have every little girl's dream-house.

And her father will rest easy, knowing she's safe.

"It's a peace of mind to knowing she's back here playing," Chavez said.