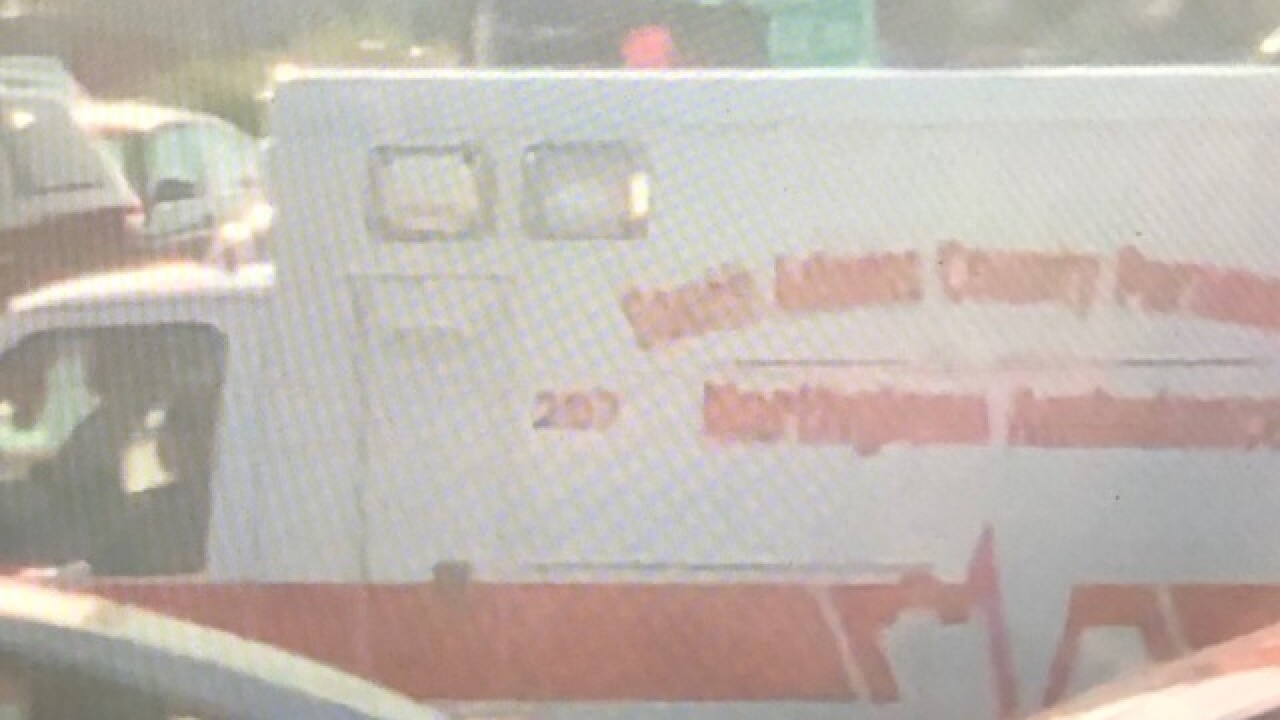 Copyright 2018 Scripps Media, Inc. All rights reserved. This material may not be published, broadcast, rewritten, or redistributed.
<p>A man who witnessed a car-pedestrian accident on Leetsdale Drive Thursday night says he ran up to an ambulance, stopped at a traffic light nearby, and asked paramedics to help a boy lying injured in the street.  He says the paramedics ignored him.</p><p> </p>

DENVER -- A Denver dad who witnessed a serious crash involving a pedestrian on Leetsdale Drive Thursday night says he wants to know why two paramedics, in a South Adams County - Northglenn ambulance, ignored his requests to help a young boy injured in that crash.

"I was heading to Cherry Creek reservoir with my dog," said the witness, who asked to remain anonymous. "The two little boys, one must not have been much over the age of 8, made their way across Leetsdale, several yards west of the Quebec intersection."

He said the boys were crossing from north to south and had made it to the island in the middle of the street, and then began walking in front of cars that were stopped at the light.

They were almost on the other side, when an eastbound car began approaching in the right turn lane. The boys darted in front of the car. The younger one took the brunt of the impact.

"He flew 20 yards and lost both of his shoes," the witness said. "I couldn't believe it."

The witness added that what happened next was even more unbelievable.

He spotted an ambulance waiting at the stoplight around the corner.

"By the Grace of God, there was a paramedic sitting...in traffic," he told Denver7.

The witness said he approached the ambulance and knocked on the window.

But there was no response.

"I remember thinking they weren't understanding me. There's no reaction. I said, 'you have to go help him,'" he said.

The witness, who has a 1-year old son, said he was talking to his wife on the phone and she told him to record the ambulance, so he did.

He shared cell phone video of the ambulance, which was in the far-right southbound lane inching its way up to the intersection.

After a brief toot of the siren, the ambulance entered the intersection and proceeded southbound without stopping, while the injured boy lay in the street a few yards away.

"It's sad," the witness said. "It's something that shouldn't happen in the United States."

He said he wants to see some accountability.

Denver7 reached out to South Adams County Paramedics-Northglenn Ambulance, a nonprofit service based in Northglenn.

Initially, a director said she'd look into the claims, and then called back and said it was under investigation, so she couldn't comment.

She cautioned that there "are two sides to every story."

When asked about the nonprofit's protocol when paramedics are made aware of an accident outside their normal "coverage" area, the director said she couldn't answer that question while the incident is under investigation.

Denver7 checked with other paramedic services in metro Denver.

A couple of them said they have no formal policy, but would stop and render aid, until local authorities arrived.

One spokeswoman said without being there, it's hard to know whether there was a patient in the back of that ambulance, or whether it was on its way to pick one up.

She said, "If there was a patient inside, the paramedics may not have been able to divert attention from the patient in the ambulance."

Denver Police are still investigating the accident which happened around 6 p.m.

They say the young victim remains in serious condition, but is stable.