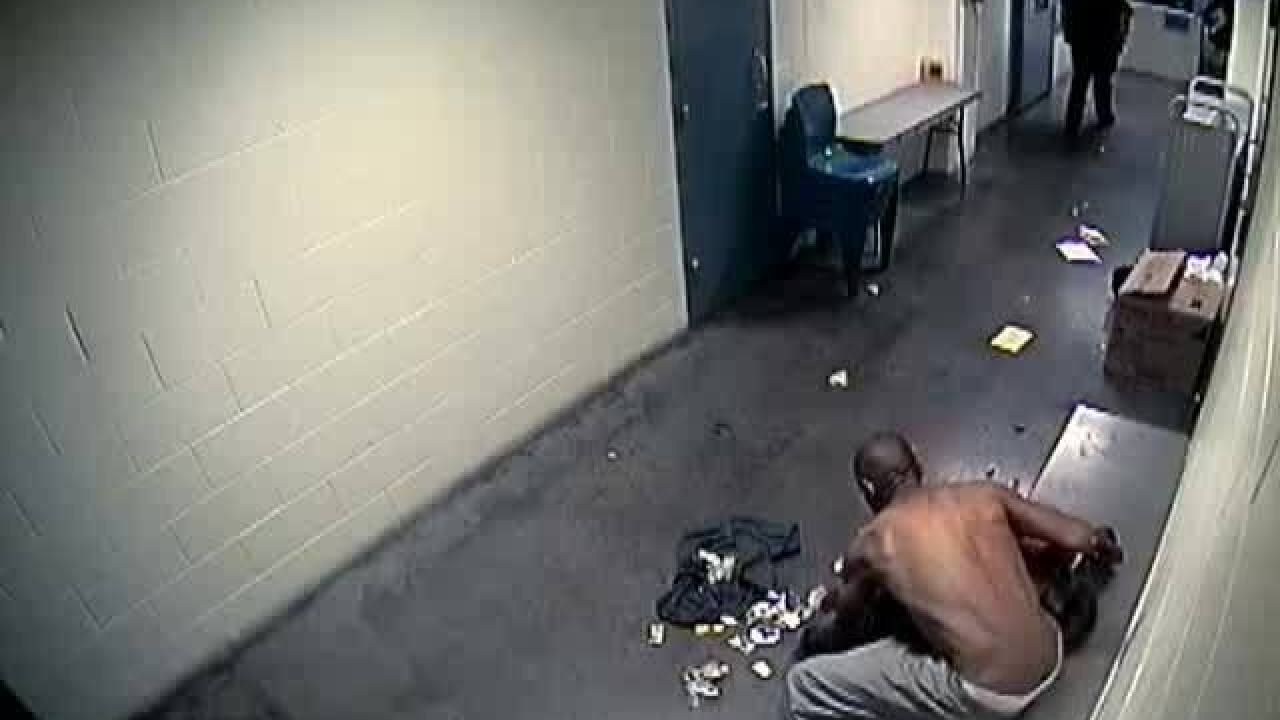 The family of an inmate who died following a confrontation with Denver Sheriff deputies inside the Denver jail, has released the disturbing video showing the last moments of his life.

The release of the more than 45 minutes of jailhouse video comes after Denver District Attorney Mitch Morrissey said he would not be filing criminal charges in the death of Michael Marshall.

"There is no evidence suggesting any force was used for the purpose of harming Mr. Marshall," Morrissey said.

The decision came despite a medical examiner's report, which states Marshall's "cause of death was determined to be complications of positional asphyxia, to include aspiration pneumonia, due to being physically restrained by law enforcement during an acute psychotic episode."

The video shows Marshall getting up from a bench, followed by a deputy pointing him to sit back down. Marshall, who refuses, gets pushed by a deputy against a wall. Within seconds, two other deputies join in, tackle him to the bench and then onto the ground.

Marshall is on the ground for 13 minutes before he is put on a restraint chair. That's when nurses realize he's not breathing and pull him out of the chair to perform CPR.

On Thursday, Marshall's family, along with the family's attorney, Darold Killmer, expressed a deep sense of injustice from local officials.

Killmer said he was angry after reviewing the video.

"Five or six Denver deputies went hands on, took him to the ground and within a matter of minutes, killed him,” Killmer said. “It’s an outrage that a District Attorney, or anybody, could believe this is a reasonably response to no emergency whatsoever – and Michael Marshall is dead because of it.”

Crying, Michael Marshall’s nice, Natalia Marshall said it was beyond her thoughts that deputies would toss “his lifeless body around because he was trespassing.”

Rodney Marshall, Michael Marshall’s brother, said during the press conference he found it “unbelievable” that no charges were filed against any of the deputies involved in the case.

“Watching that tape… they committed murder, it’s obvious,” he said.