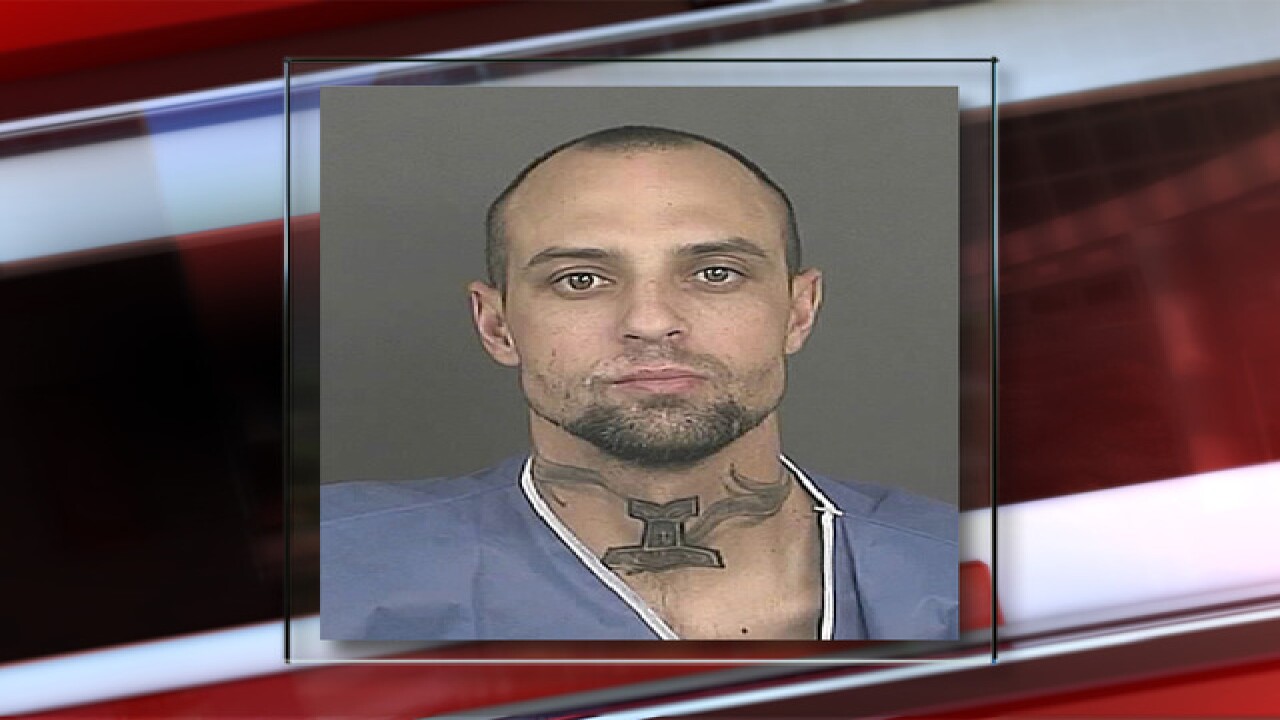 District Attorney Mitch Morrissey told a judge Friday the man accused of shooting a Denver police officer during a traffic stop has confessed to the attack.

Morrissey made the statement in court as he requested a $1 million bond for the suspect, 36-year-old Jason Wood. The DA said Wood is "extremely dangerous to the community, including people who wear badges and guns."

It was Wood's first court appearance since he allegedly shot Officer Tony Lopez Jr. during a Tuesday morning  traffic stop on Federal Boulevard.

Wood, who was shot in the leg when Lopez returned fire, was using crutches as he stood in court Friday. Wearing a red jail uniform, the suspect stared at the floor for most of the hearing.

At the time of the traffic stop, Wood was wanted on a warrant for a Sept. 30 home-invasion robbery in Denver, police said.

Morrissey told the judge Wood tried to run and shot the officer because he faced significant prison time if convicted in the home-invasion robbery.

The DA said the gunman also endangered the lives of three bystanders, including a child, when he opened fire.

The judge told Wood he is being held for investigation of attempted murder of a peace officer and investigation of robbery. The robbery charge is related to a carjacking that happened shortly after the shooting as Wood allegedly tried to flee.

Morrissey noted that Wood has previously committed "multiple crimes of violence," as well as escape and being a convicted felon in possession of a gun. He also has three violations for failure to appear in court.

The DA expects to file formal charges in the officer's shooting early next week.

Investigators believe Wood shot Officer Lopez moments after Lopez pulled Wood's car over near the area of 38th and Federal Boulevard. Investigators believe the suspect fired shots almost immediately after being pulled over. Police still don’t know what prompted Lopez to pull over the driver.

A female suspect fled from the vehicle during the shootout. She turned herself in Wednesday afternoon.

Officer Lopez is now listed in serious condition after undergoing his third major surgery following the shooting, according to Denver Health officials. The health organization has also started a campaign for people to donate blood in honor of Officer Lopez Jr.

September 1997 -- Wood is  arrested by Northglenn police on homicide and aggravated assault charges after a motorist said Wood shot at his car from another vehicle. Wood, who was a passenger in the car, and his girlfriend, who was driving, denied any involvement in the shooting. Police found a bullet under Wood's car seat, but he had no evidence of gunshot residue on him, so he wasn't charged.

November 1997 -- He's again arrested in Northglenn for residential burglary and felony theft. He pleads guilty to the lesser charge of criminal trespass and is sentenced to 18 months in the Department of Corrections.

September 1998 -- He's arrested in Lafayette for felony assault and felony menacing with a deadly weapon. In January 1999, he pleads guilty to the lesser offense of misdemeanor assault and is sentenced 90 days in jail.

May 1999 -- He's accused of escaping from a felony conviction in Adams County. He pleads guilty to attempted escape and is sentenced to 1 year in the Department of Corrections.

November 1999 -- He's arrested in Northglenn for carrying a concealed weapon and reporting false identification information to authorities. He pleads guilty to perjury and is sentenced to six months in jail.

October 2001 -- He's arrested in Denver for parole violation and returned to the Department of Corrections in April 2002.

March 2002 -- He's arrested in Denver for obstructing police, resisting arrest, carrying a concealed weapon and driving with license under restraint. He pleads no contest -- which legally carries the same weight as a guilty plea -- and is sentenced to 30 days in jail.

March 2002 -- He's arrested by Commerce City police for kidnapping and felony menacing. He pleads guilty to menacing in March 2003 and is sentenced to 15 months in the Department of Corrections.

June 2011 -- He's arrested in Westminster for weapon possession by a previous offender and weapon offense/reckless with gun. He pleads guilty to the lesser offense of misdemeanor illegal weapon possession and is sentenced to one year of probation.

Sept. 30, 2015 – Home-invasion robbery in Denver. The suspect faces an aggravated robbery in that case.

Dec. 8, 2015 – Officer Tony Lopez Jr. is repeatedly shot during a traffic stop on Federal Boulevard. Police say after he shot the officer, the suspect fled and carjacked a vehicle at a nearby bank. He was arrested after a brief police chase at 20th and Chestnut.