Suspect shot and killed by police was not armed 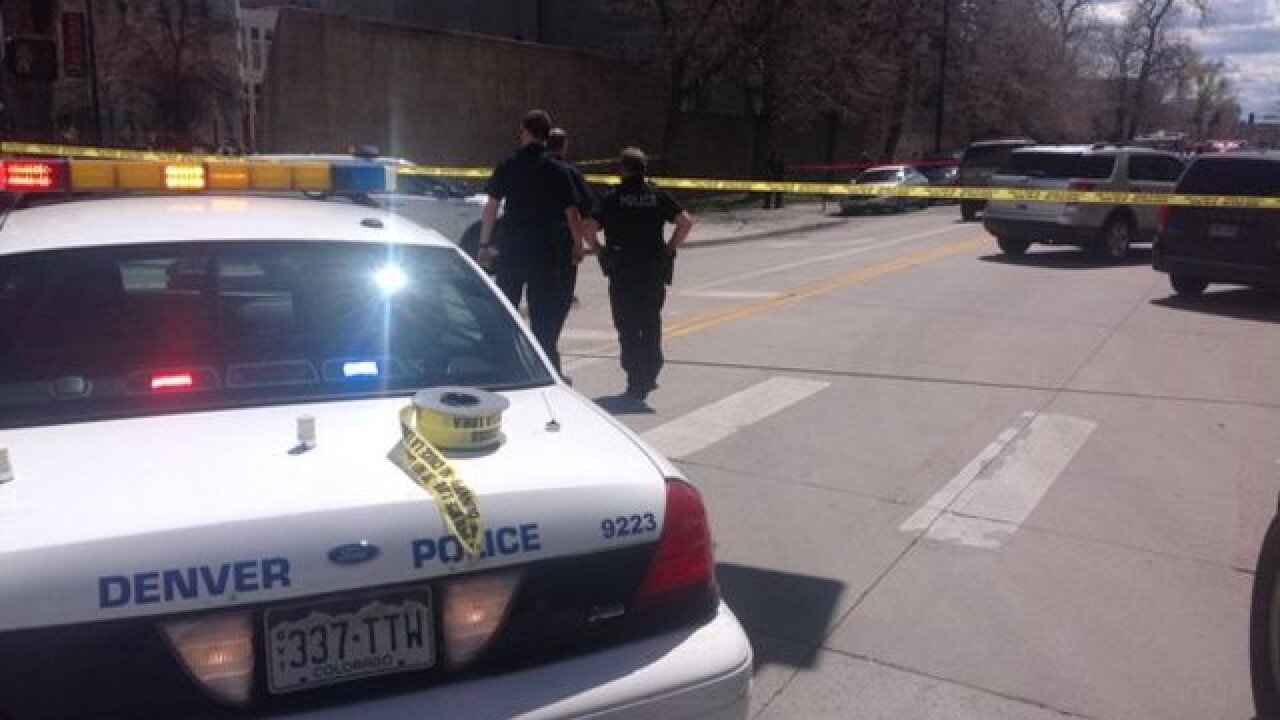 Denver Police say the suspected bank robber, who was shot and killed by an officer Tuesday afternoon, did not have a weapon.

Cmdr. Ron Saunier told Denver7 that the suspect, later identified as Dion Damon, was wanted in connection with a “take-over style" bank robbery at The Bank of Denver near Leetsdale and Holly Street on March 17.  Saunier said the bank robber was armed with a handgun and ordered the bank customers to lie face-down on the ground.

“He felony menaced all the victims,” Saunier said.

The commander added that The Safe Streets Task Force began investigating and that a warrant was issued on April 11.

Police located the suspect’s vehicle on April 12 and followed it into downtown Denver.

“We went downtown so I could pay a parking ticket,” said Dawn Aguirre, the suspect's wife. “I asked (Dion) if he wanted to come in and he said, ‘no,’ he’d wait in the car with my son.”

Aguirre started walking to the parking cashier’s office and realized she’d left her cell phone in the car, so she went back to retrieve it.

She said that’s when her son decided not to wait in the car.

“He got out of the back seat by the passenger side door,” she said.

“One of their vehicle’s struck my car,” Aguirre said. “I got scared, so I just grabbed my son and held him.  They had their guns drawn.

Aguirre said she heard police say “Get out with your hands up,” maybe twice.

“I told them we weren’t armed and that my husband wasn’t armed.  I said, ‘please let me talk to him. He’ll get out of the car. That’s when I heard gunshots.”

Saunier told Denver7 that the officers on scene gave the suspect several orders to comply.

“Commands were to show your hands, you’re under arrest, we want you to step out of your vehicle,” he said.

He added, "We had some indication of non-compliance. He definitely didn't open the door or decide to come out."

Saunier said it was difficult for most of the officers to see into the car because of the heavily tinted windows.

Saunier said one of the officers, Jeff Motz, a 22-year veteran of the department and a member of the Metro SWAT Team, was in a protected position in front of the suspect’s vehicle looking through the front windshield.

“The suspect comes up with a threatening maneuver,” Saunier said. “The officer believes the suspect has a gun and immediately opens fire.”

“My husband was looking directly at me,” said an emotional Aguirre.  “All I seen was his head go down.  He just looked at me. I watched the whole thing and never seen him reach for anything.”

Geronimo said Denver Police took it upon themselves to play the role of God.

She said if she hadn’t gone back to get her cell phone and her son, "there may have been more victims."

When asked if her husband robbed a bank, Aguirre said “I know of none of this.”

She said she had a conversation with her son about what happened.

“He told me, ‘Today was supposed to be a fun day. My dad was going to take me bike riding,’ and then he said, he ‘never got to tell dad goodbye.’”

Saunier said the incident is still under investigation.

He said there is surveillance video from nearby cameras, but it’s not high quality video.

When asked if that video will be released, he said not until the investigation is complete.

He said Denver PD and Aurora PD are investigating the shooting incident and that the Independent Monitor is involved.  So is the District Attorney.

He said all the information gathered will be forwarded to the DA, who will then decide whether charges are warranted.

The Department will also conduct an internal investigation to determine whether the officer followed policies and procedures.

The commander is asking anyone who may have witnessed the incident to contact Denver Police.

Tonight, family, friends and concerned citizens gathered at 14th and Bannock for a candle light vigil and to call for justice.