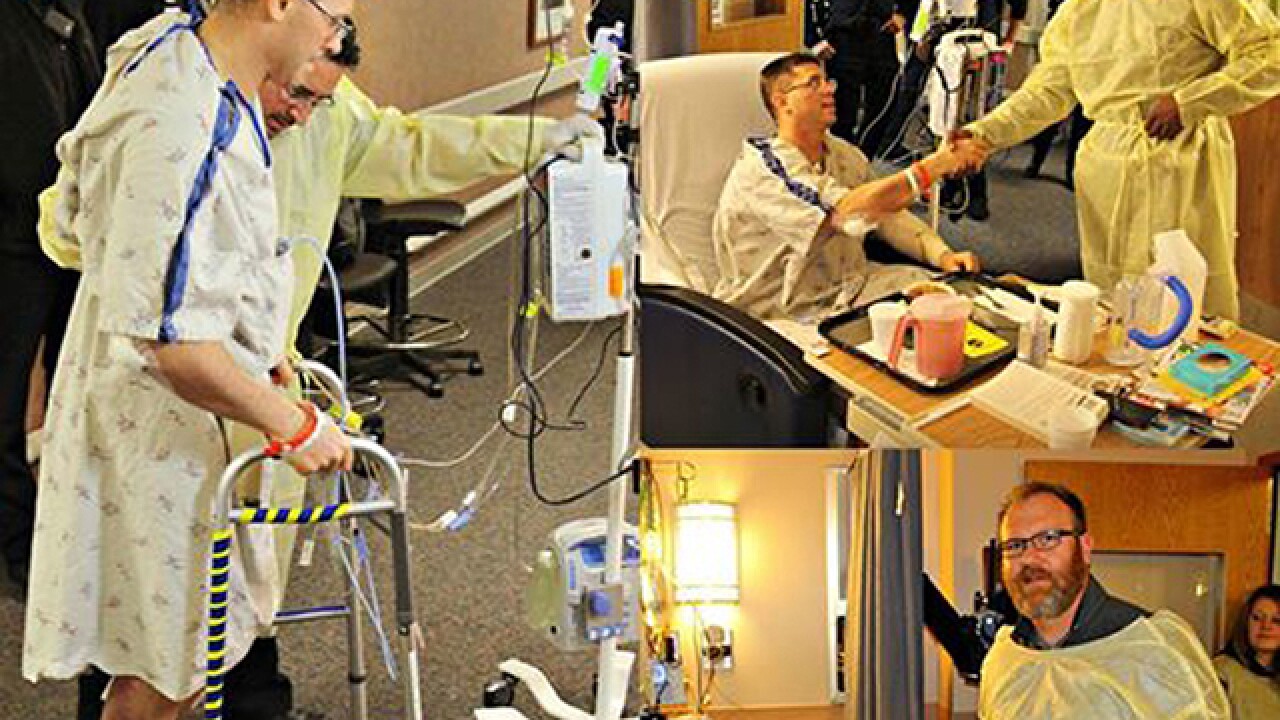 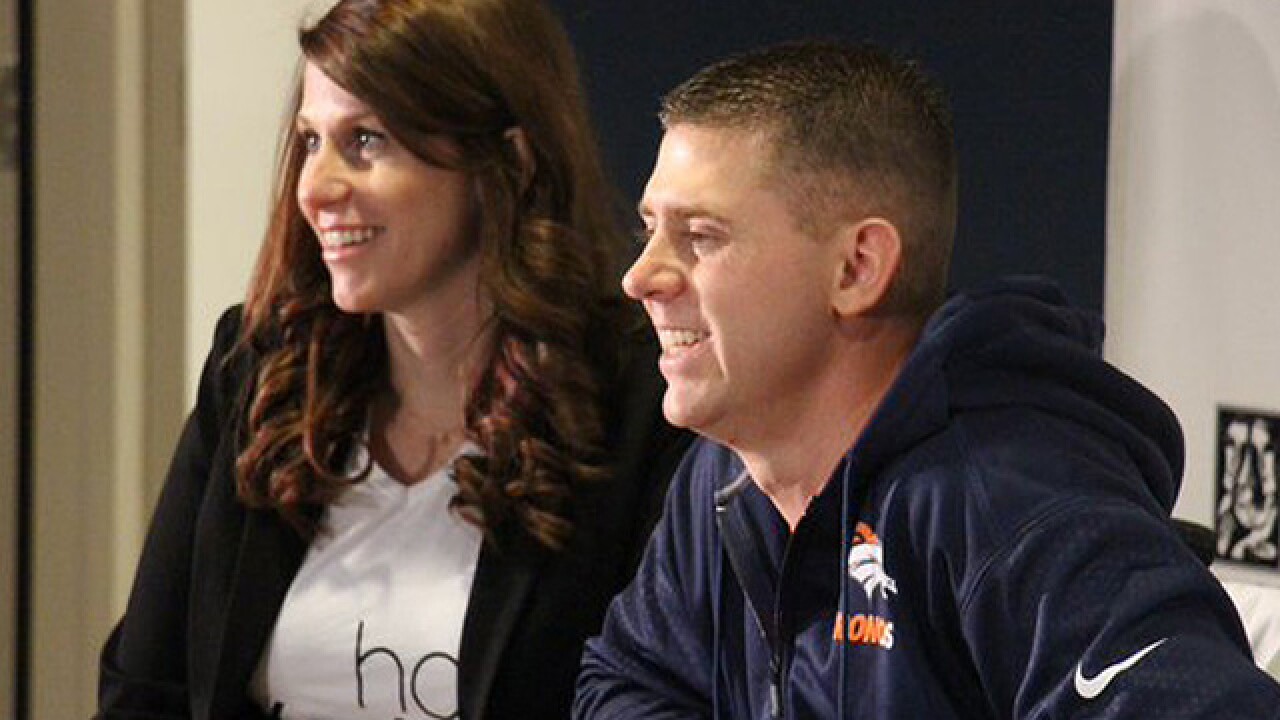 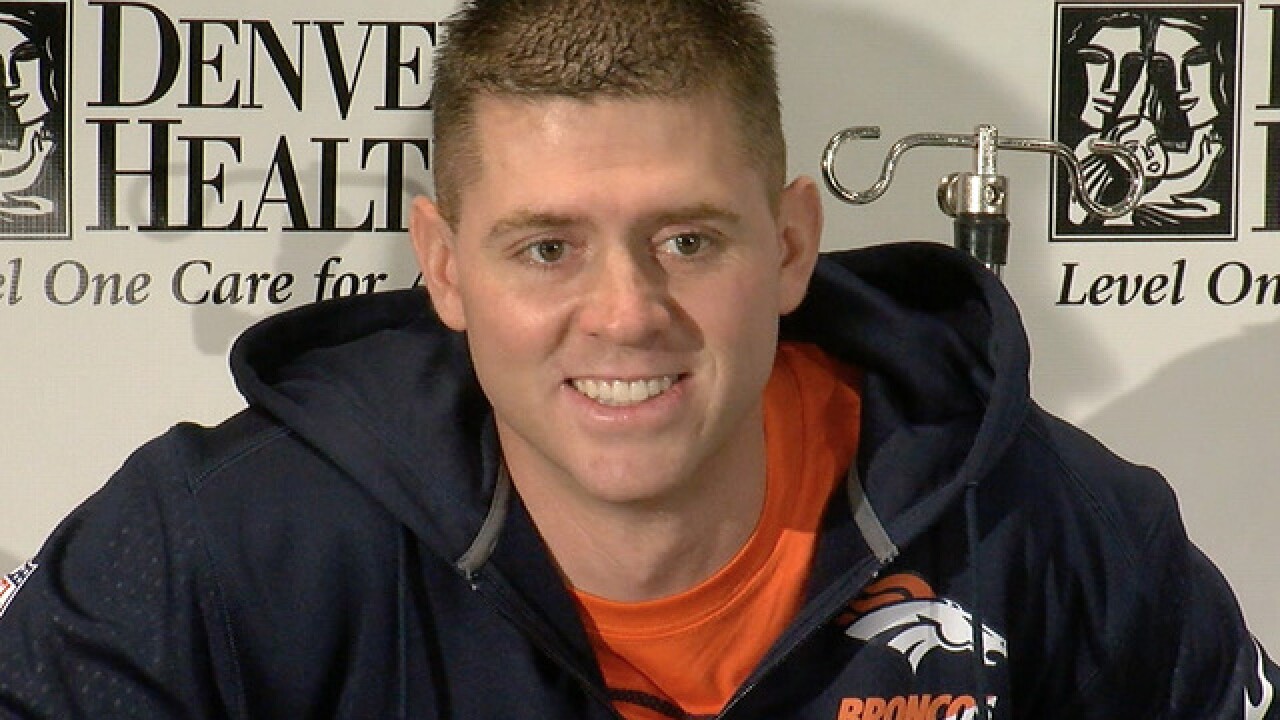 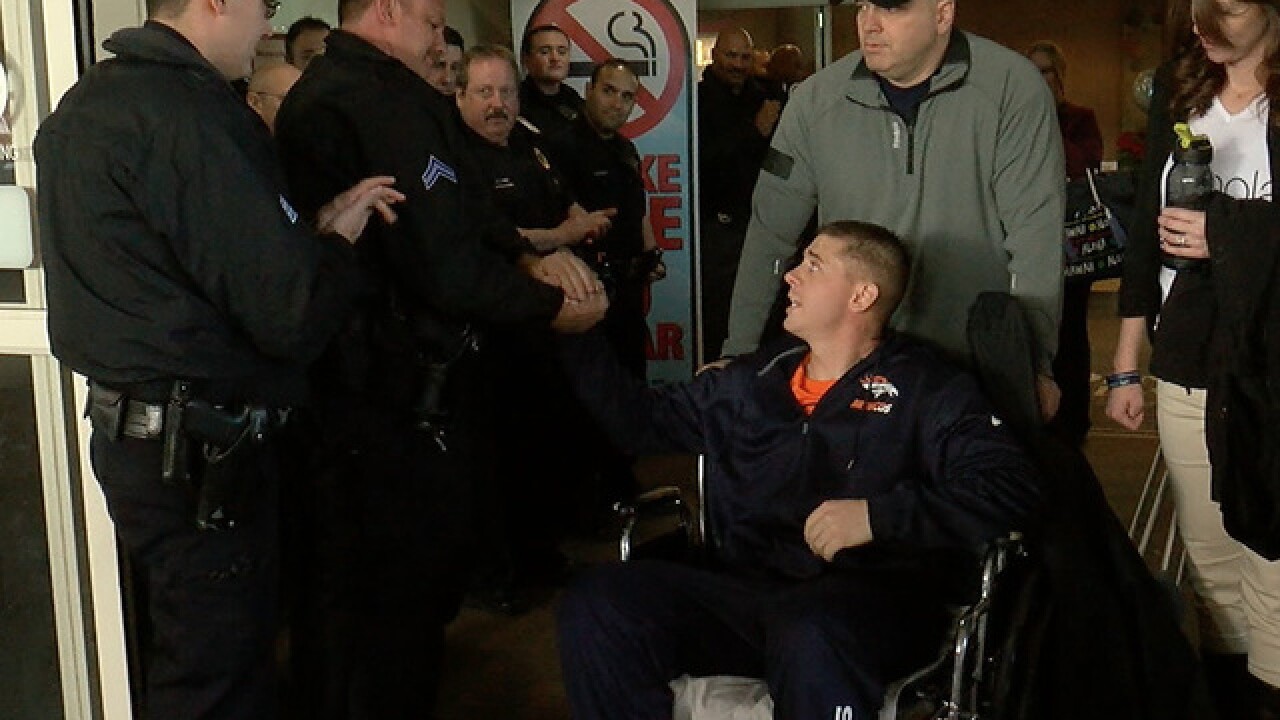 The Denver Police officer shot in the line of duty during a traffic stop earlier this month was released from the hospital on New Year's Eve.

Tony Lopez, Junior, was shot multiple times on December 8. His bullet-proof vest helped save his life.

He's been in the hospital since. Lopez underwent at least three major surgeries in his time there and has already taken his first steps in the Denver Health halls.

"This is actually the first New Year's that I'm going to be home with my wife because usually, I try to work at a bar (as security) and make some extra money," Lopez said in a press conference before his release.

Thursday, he was taken out of the hospital in a wheelchair with a tear on his cheek and in the Broncos clothes the team gave him during his hospital stay. The officer said he wants to walk again by the time his son, who will be named Antonio Lopez III, is born in May. This will be his first child with wife Kristen.

"My wife's pregnant and all I could think about was making sure I stayed awake so that I could meet my baby. And I'm grateful for Dr. Moore and everyone at Denver Health that saved my life, and saved my arms and my legs so that I can get back to putting on that uniform one day," Lopez said.

Lopez also hopes to walk some when he's made a DPD sergeant in a ceremony next month. Lopez doesn't currently have any feeling his left foot as a result of his injuries.

The shooting occurred around 11:23 a.m. in the area of Federal Boulevard and Clyde Place. That's near Federal and West 38th Avenue. Denver police said Lopez told dispatchers he was making a routine traffic stop at 11:21 a.m. Two minutes later, he was able to radio that he had been shot.

A witness told Denver7 reporter Liz Gelardi that he heard more than a dozen gunshots. When the witness looked outside, he said he saw an officer down.

The suspected shooter was arrested after a carjacking and police chase.

"Because I know he's been missing me like crazy. I've been Snapchatting my wife and he goes crazy every time he hears my voice," Lopez said. "That, and sit on my couch."