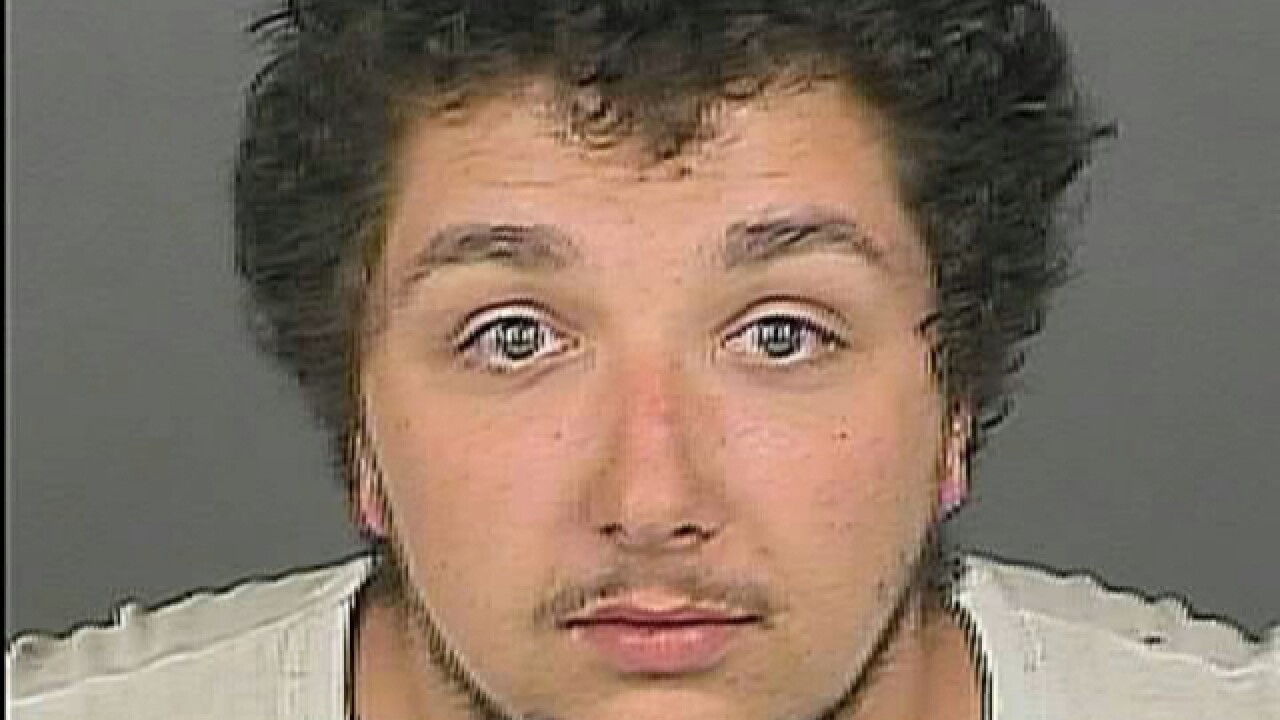 <p>Antonio Arbogast, 22, was arrested on July 19 for allegedly impersonating an officer of the Denver Police Department. Police say his pockets were full of fake police badges and IDs. (Photo/Doug Schepman, DPD)</p>

A serial police impersonator who is accused of harassing an Aurora woman last year was convicted Wednesday, according to a 17th Judicial District Attorney's Office spokeswoman.

Antonio Arbogast, 23, was convicted of impersonating a peace officer from an incident back in May 18, 2015.

During the incident, a woman called 911 and said a male driver was trying to pull her car over near East Montview Boulevard and North Dallas Street. She said he was following her in an older model Subaru Legacy with a flashing strobe light mounted on the car's dashboard and amber flashing lights on the Subaru's rear deck.

The woman stayed on the phone with the 911 operator for several minutes as the vehicle kept following her, police said. Aurora police officers quickly responded and stopped the woman's vehicle and the suspect's vehicle.

Police said the fake cop was Arbogast and he was armed with a handgun and wearing a gray security uniform. Arbogast was arrested, and he has been formally charged with felony impersonating a peace officer and misdemeanor charges of harassment-following a person in a public place and reckless driving.

Two months later, he was arrested July 19 by Denver police and again accused of impersonating a police officer on the 16th Street Mall.