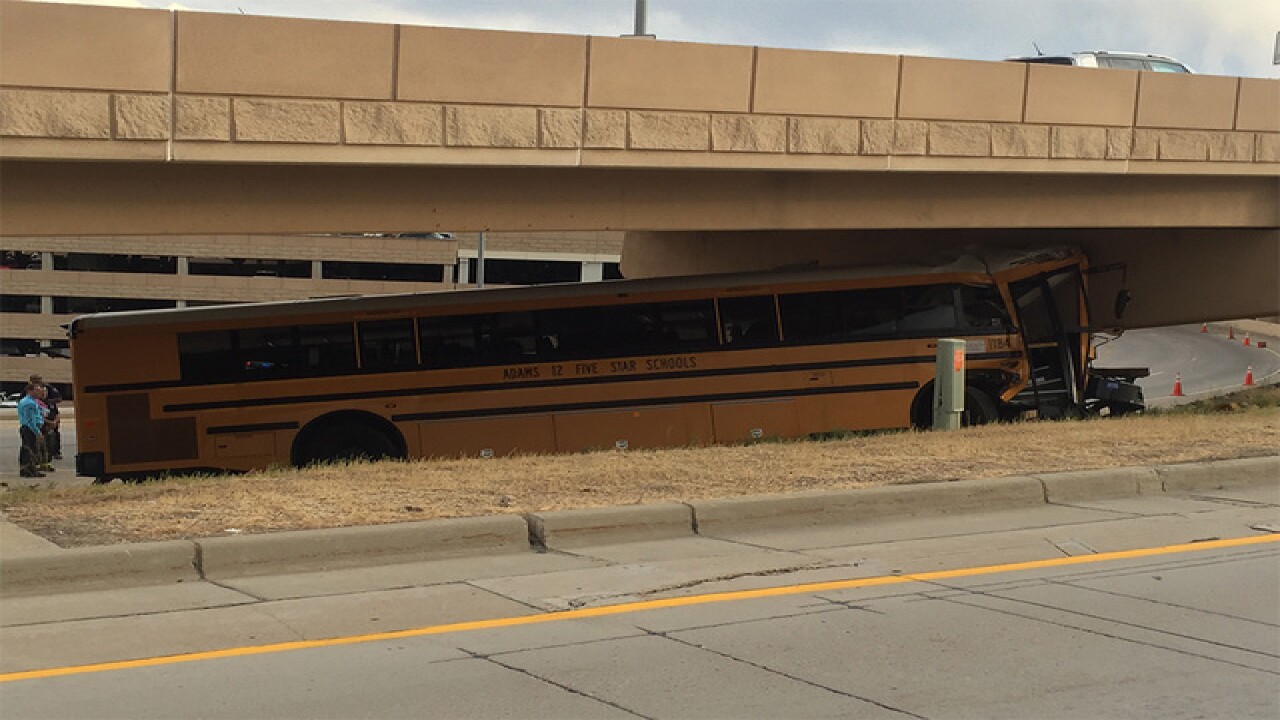 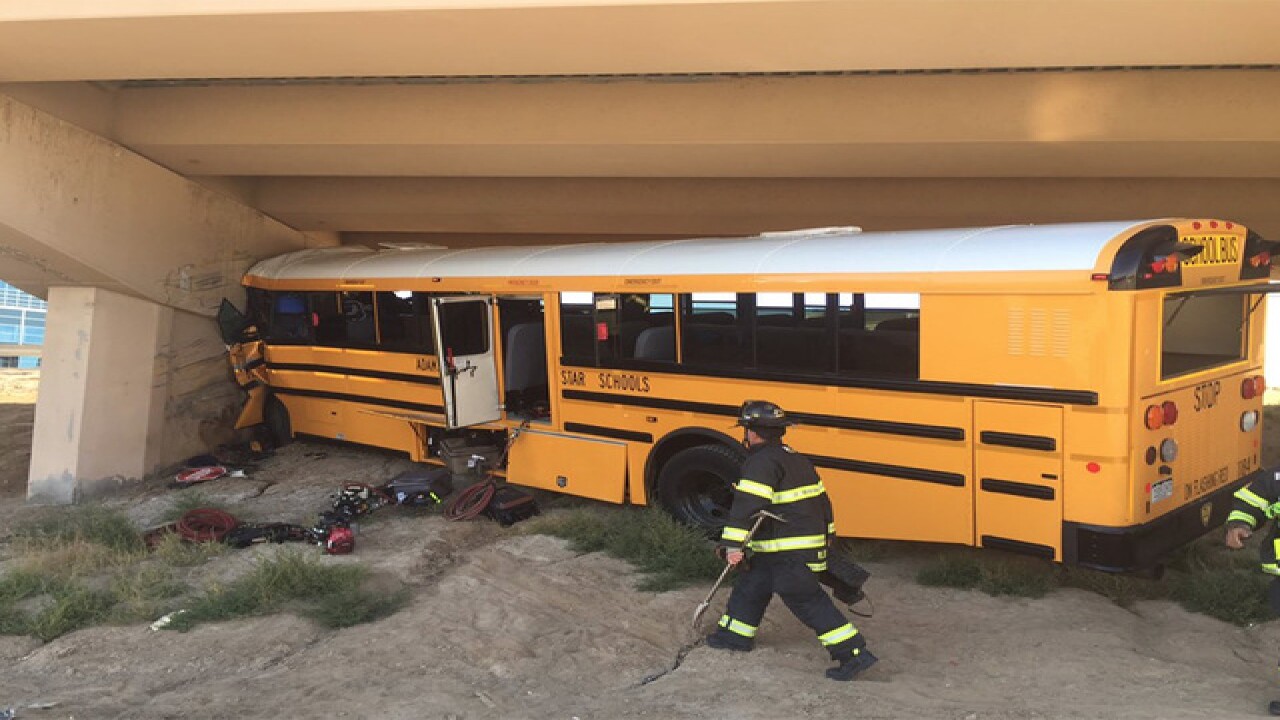 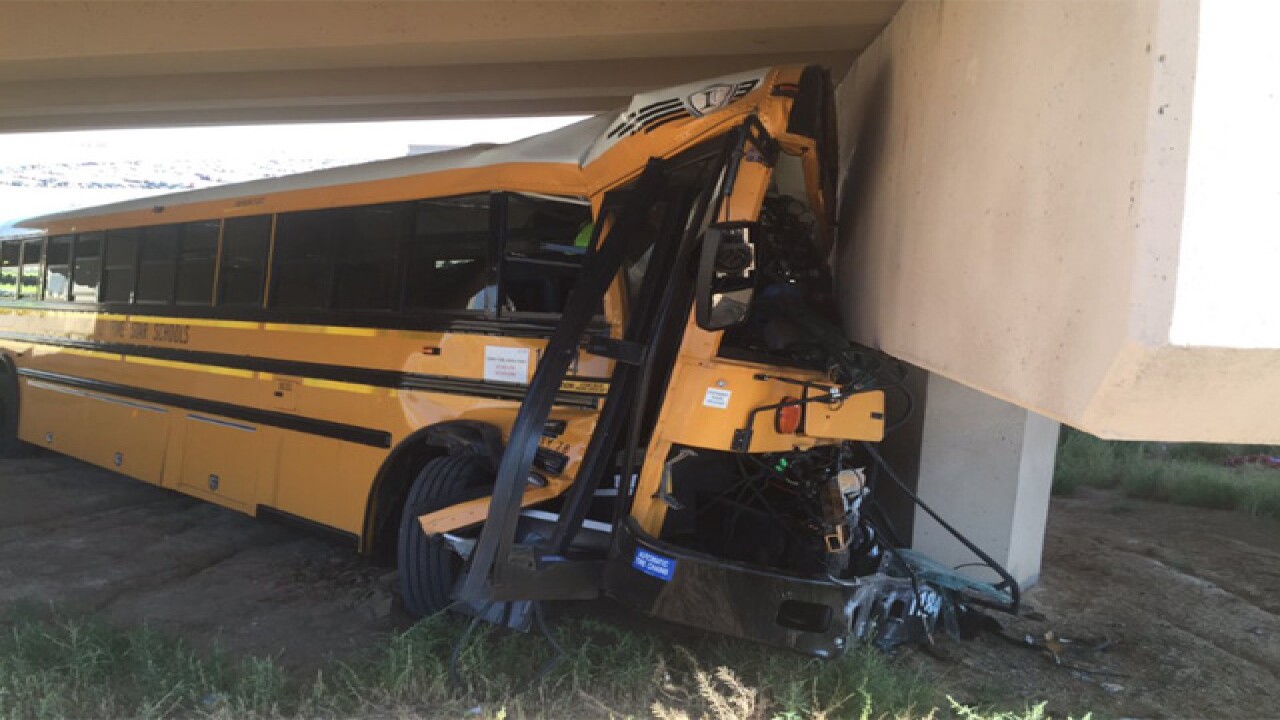 The bus driver, a woman, was killed when the bus ran off the right-side of the roadway and struck one the of the pillars that holds a ramp to a pickup terminal at DIA. Between 17 to 20 people were taken to hospitals, said Denver Police Department Sergeant Mike Farr during a press conference.

-- Where patients were taken --

Five patients were taken to Denver Health Medical Center; two of those are in critical condition, two are in serious condition and one of them is in fair condition, said a Denver Health official in a prepared statement.

Another six patients were taken to Children's Hospital Colorado and all are in fair condition, an official with Children's told Denver7.

Five more patients were taken to University of Colorado Hospital, but Denver7 was not immediately able to confirm the patients' conditions.

The Medical Center of Aurora told Denver7 they took in two walk-ins from the crash. Their injuries were non-life threatening and "minor in nature" and the patients were treated and released, according to a spokesperson.

The Adams 12 Five Starts School District said in a tweet 15 students with non-critical injuries were taken to area hospitals and many have been released with their parents. Three coaches remain hospitalized with more serious injuries.

We're aware of a bus accident this afternoon with Legacy HS students & are working closely with emergency personnel. More info to follow

The crash was reported by DIA officials at 3:18 p.m. About 20 minutes later, officers with the Denver Police Department reported the crash and posted photos of the scene.

Level 4 east approach is closed due to traffic accident

An official with DIA tweeted all passenger pickups were taking place on Terminal West due to the crash on the east terminal. They also said parents who may be trying to reach their children can all (303) 342-2300.

Broomfield's Legacy High School was coming back from an out-of-state game trip in California. Players on the bus were members of the varsity and junior varsity football teams.