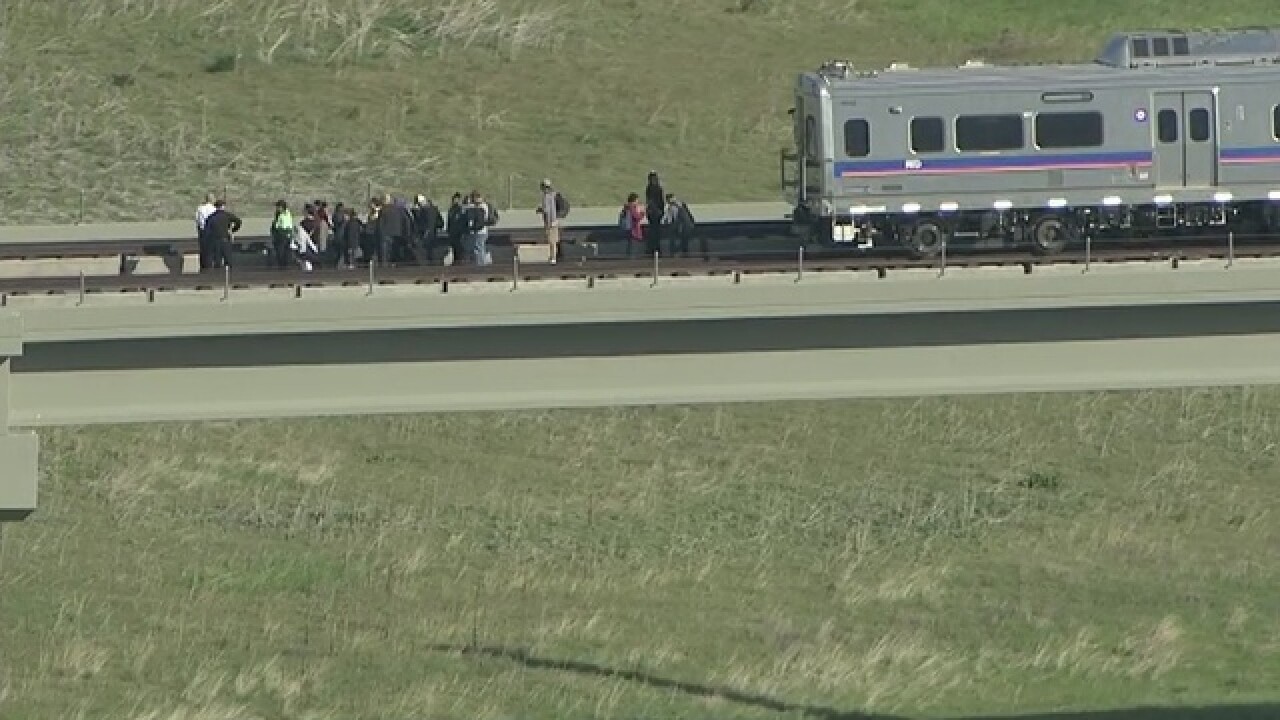 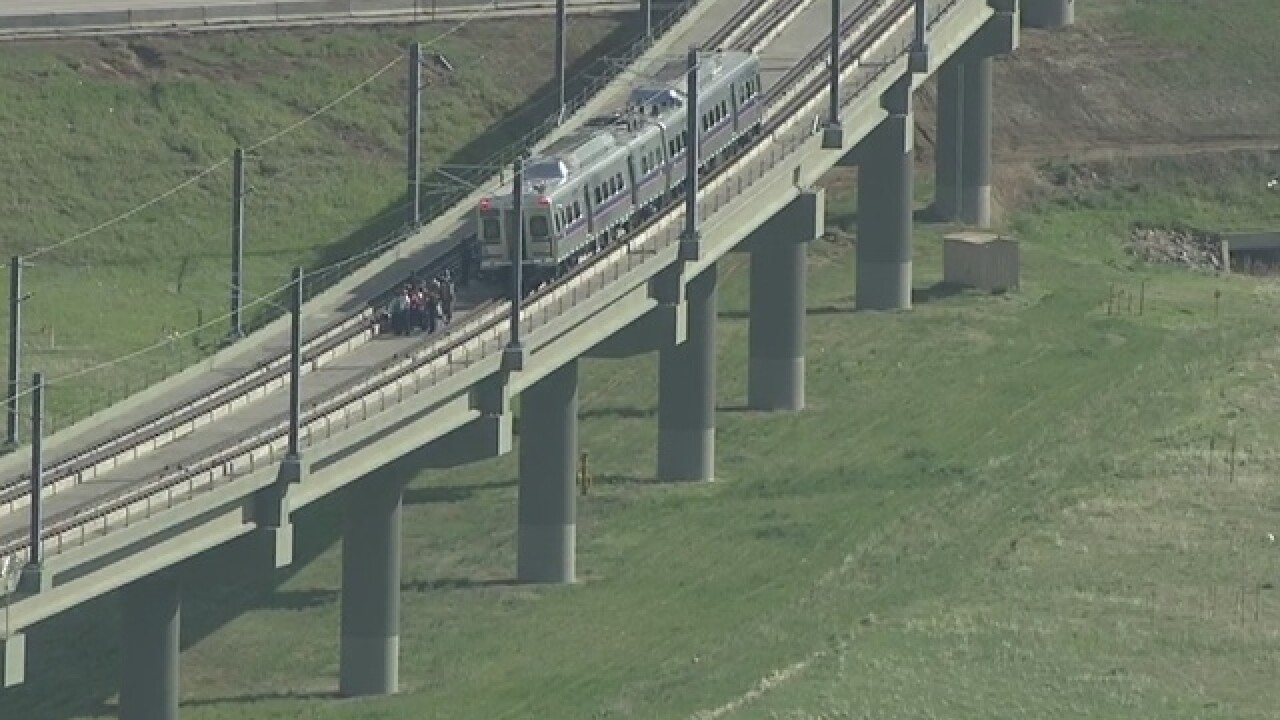 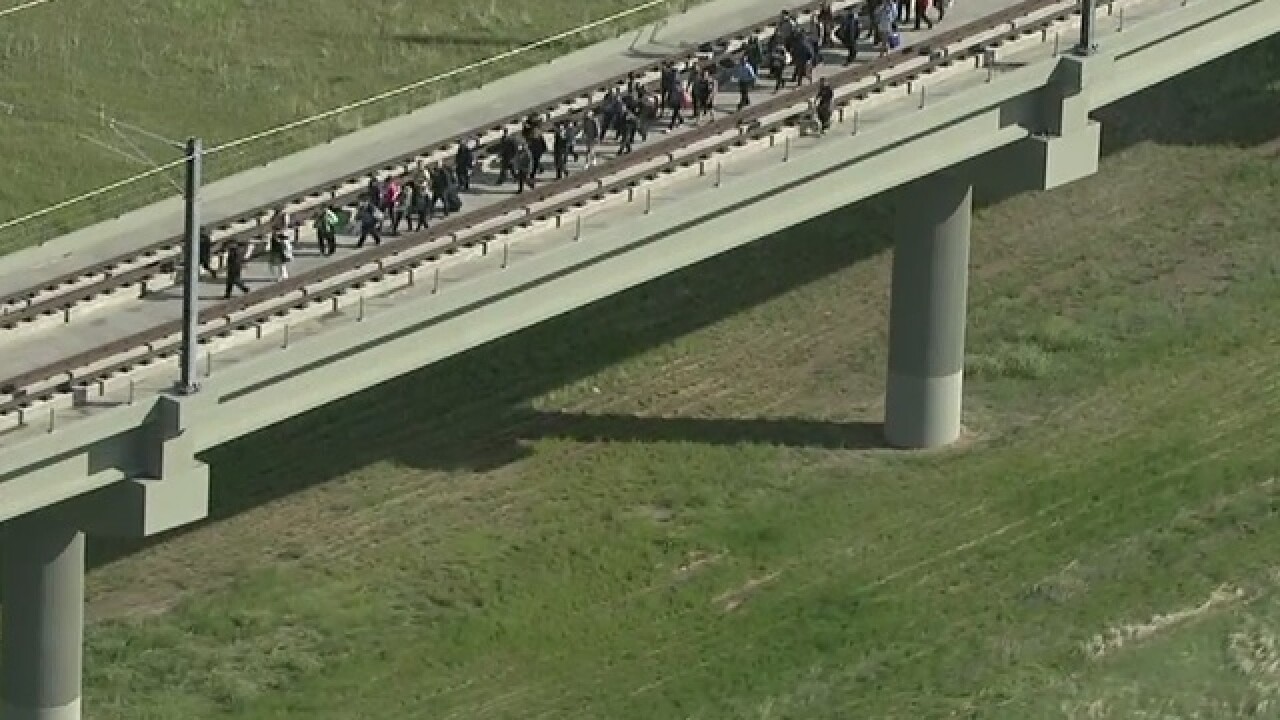 Passenger counts on the University of Colorado "A" Line continue to drop as RTD struggles to cope with reliability issues.

On Tuesday, lightning struck a messenger wire, knocking out power for more than six hours.

Eighty passengers had to disembark from a train, which became stranded on a bridge near East 78th Avenue and Gun Club Road.

“That was really an act of nature,” said RTD Assistant G.M. for Communications Scott Reed. “We have lightning arresters, a system in place to divert energy away from the train, but when there is a direct strike, there’s too much electrical power.”

The lightning strike was the latest glitch in a system plagued by them.

Passengers are getting fed up.

“It’s not that reliable yet,” said Simone Hubbard, who uses the “A” train to get to and from the airport. “There have been times when I was on my way home and the train was sitting there for 20 or 30 minutes.”

“It just stops a lot,” said Adriana Contreras. “If I could have the buses back, I’d pick the bus.”

“We fully understand that this is not what they expect from RTD,” Reed said. “It is not acceptable. That’s why we’re working so hard to fix it.”

Reed said the transit agency has identified to problem areas and is working to correct them.

“One is a power source issue,” he said. “We’re working with contractors to make sure that the power between two substations is balanced and that there aren’t any harmonic (or wave length) differences.”

Reed said the other issue is related to phase breaks. He said each substation powers a different section of the line.  There is a phase break, or “dead” section between them that is not powered by either substation.

Reed said trains have to have enough speed built up to pass through the phase break, before reconnecting to the power supply on the other side.

He said the original phase breaks were about 310 feet in length, but during testing they determined it would be better to shorten them to 30 feet.

“We identified that during the testing period,” Reed said, but it didn’t become an issue that caused trouble until the work was actually done to fix it.”

Reed said work crews shut down one track to make repairs and shifted all trains over to the other track.

“One train (that didn’t have enough speed built up) got caught in a phase break and because we were down to one track… it caused delays.”

Reed said RTD and its contractors are working to fix those two issues and hopes they’ll be done in about a week.

Once that’s done, then they can focus on trying to perfect the Positive Train Control System, an automated, computer controlled system that can help slow down trains that are approaching curves at too high a speed.

Reed said that when they first opened the “A” Line, 90 to 95 percent of the trains were on time.

They hope to get back to those numbers soon.

While many passengers say the “A” Line isn’t anywhere near reliable enough, others say it has worked fine for them.

“It’s been fantastic,” said Faith Stutzman, who is visiting Denver from Dallas.  “I have used Uber in the past, but you never know if they’ll pick you up at the airport.”

Stutzman said the train beats dealing with traffic on the way to downtown.