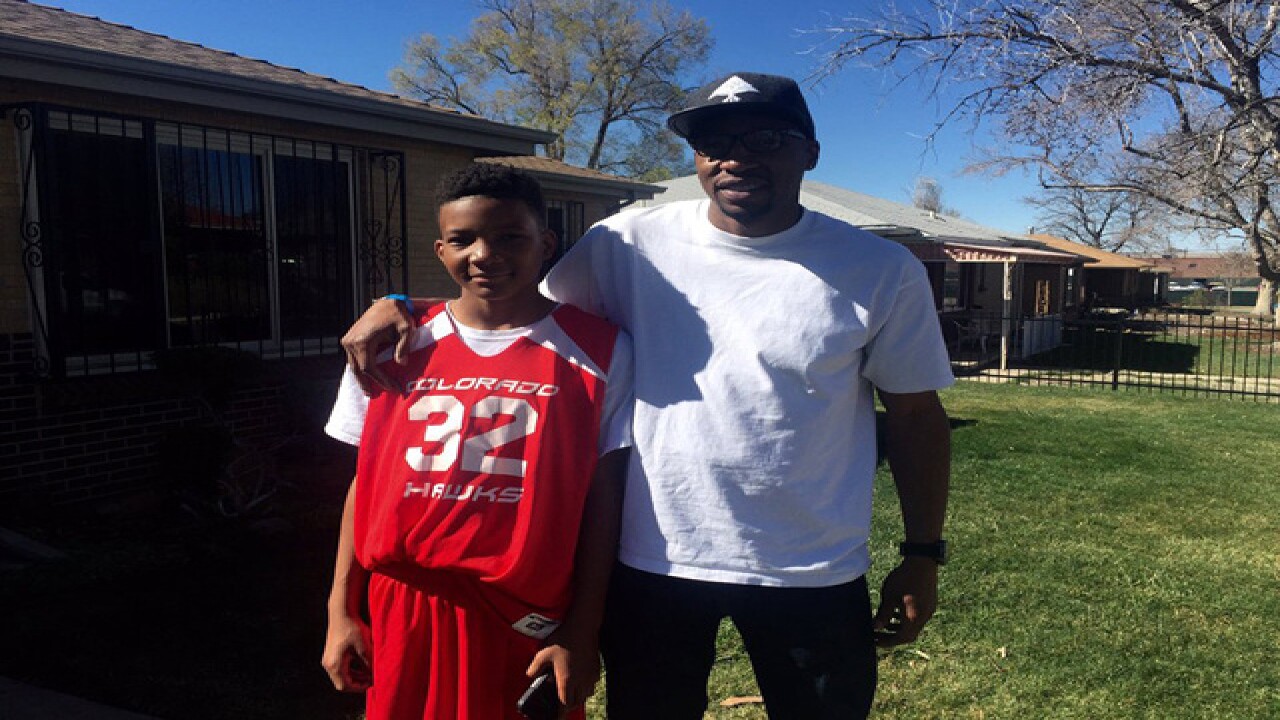 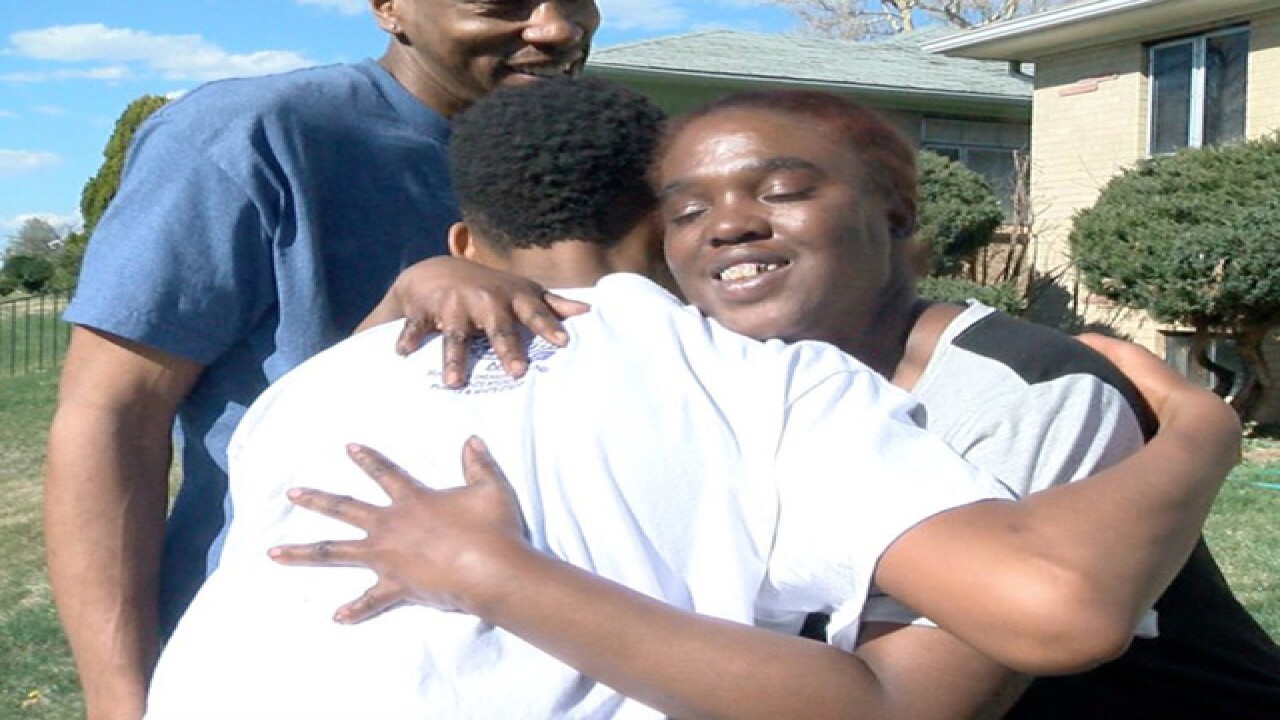 A dad and his son, who were hailed as heroes after rescuing an elderly woman and her daughter from a home fire in northeast Denver, reunited with the family a day after the traumatic events.

“I just want to say, 'Thank you. God bless you. You are the real heroes, not me,’” were the words from a gracious and grateful Celita Hill, who thanked the gentlemen for saving her mother's life.

The fire happened early Saturday afternoon at around 2:30 p.m. in the area of East 36th Avenue and Ivanhoe Street. The cause was a cigarette that wasn’t properly extinguished.

The home is now boarded up and the women are now displaced, but they are grateful to be alive, thanks, in large part, to Fred Edmonds and his 12-year-old son Trey, who rushed in to help.

"Thank you. Thank you, so much,” said Hill as she reunited with the father and son on Sunday afternoon in front of the home. “For real, God bless you.”

Hill hugged them both during the reunion.

Edmonds rushed in while his son called 911.

"It really wasn't a thought,” said Edmonds. “It's just -- run in there, help somebody, get them out of there."

It started in the bedroom where Hill's blind mother, Maple Clemings, was resting. Hill said her mother thought she extinguished her cigarette before putting it into the trash, but apparently hadn’t fully put it out.

“It was an accident,” said Hill. “She has an old bed and it caught fire and, I mean, it went up fast. I literally grabbed her ankles and slid her off that bed. She was on the bed when the fire was on it. I grabbed her because I thought she might have been on fire.”

"There was a lot of smoke,” said Trey. “We were walking by and when I heard the screams, I definitely knew that there was something wrong."

“The first thing I did was just pick her up, turned around and got out of there," he said. “It was extremely dramatic."

Hill got their dog, Lucy Lee, to safety.

"This is just a hump,” said Edmonds while hugging Hill. “You know, you get over it."

A nice reunion between a gracious survivor and the selfless neighbors she only just met.

"Is there anything you all need?” asked Hill.

“We need nothing," said Edmonds.

Sadly, Hill and Clemings did not have homeowners insurance, but the Red Cross has now stepped in to offer temporary relief to them. “The Red Cross is a blessing,” said Hill.

Both Hill and Clemings were treated for smoke inhalation and released.