Some people whose businesses back up to an alley near Alameda and the South Platte River are frustrated with the amount of trash people are illegally dumping.

DENVER – Some people whose businesses back up to an alley near Alameda and the South Platte River are frustrated with the amount of trash people are illegally dumping.

“It smelled up my whole shop,” said Ben Owens, owner of Super Screen Print on West Custer Place. “You see piles of waste like maybe someone did some home improvements or something."

His surveillance camera rolled Feb. 28 when a man in a sedan and flat-bed trailer dumped a very large amount of trash in the alley and drove away. Owens opened the back door of his t-shirt printing shop to see if the man needed help, not realizing what was happening at first. 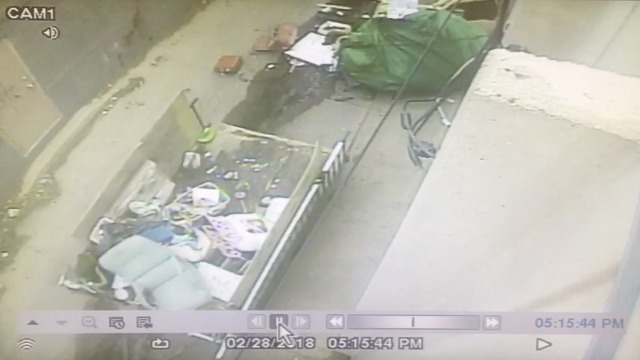 “I thought this was a scrapper who accidentally lost his load. He stood there and looked at me. He said, ‘Yea looks like I have a mess to clean up.’ And I said, ‘Yea,’ and I came back into work,” Owens said.

Video showed the man driving away.

He said one time, someone left a bag of avocados which was later lit on fire.

Marijuana plants stripped of the valuable buds frequently get left in the alley. Recently, he discovered personal information from customers inside one of the bags.

“I was able to determine the business that it came from so I gave them a phone call,” Owens said. “I wanted to see if they were concerned about it. They weren’t.”

He hopes dumpers will see his camera is rolling and decide not to dump trash.

“Stop, please. Pay the fee. Go to the dump like everybody else has to,” he said.

His landlord was left cleaning up the trash from last month’s big illegal dump.

The city has received repeated complaints about dumping in the alley near Owen’s business, said Nancy Kuhn, City of Denver Solid Waste spokeswoman.

The city has received thousands of complaints in recent years about it happening elsewhere also.

When it happens, the city will send out an inspector and will get it cleaned up. And because this issue was on public property, the city says the landlord shouldn't have had to clean up someone else’s mess herself.

Cleanup costs for the City of Denver can run more than $200,000 in some years.

The whole problem leaves people such as Owens frustrated and tired of dealing with what some lazy Coloradans choose to leave behind for others to clean up.