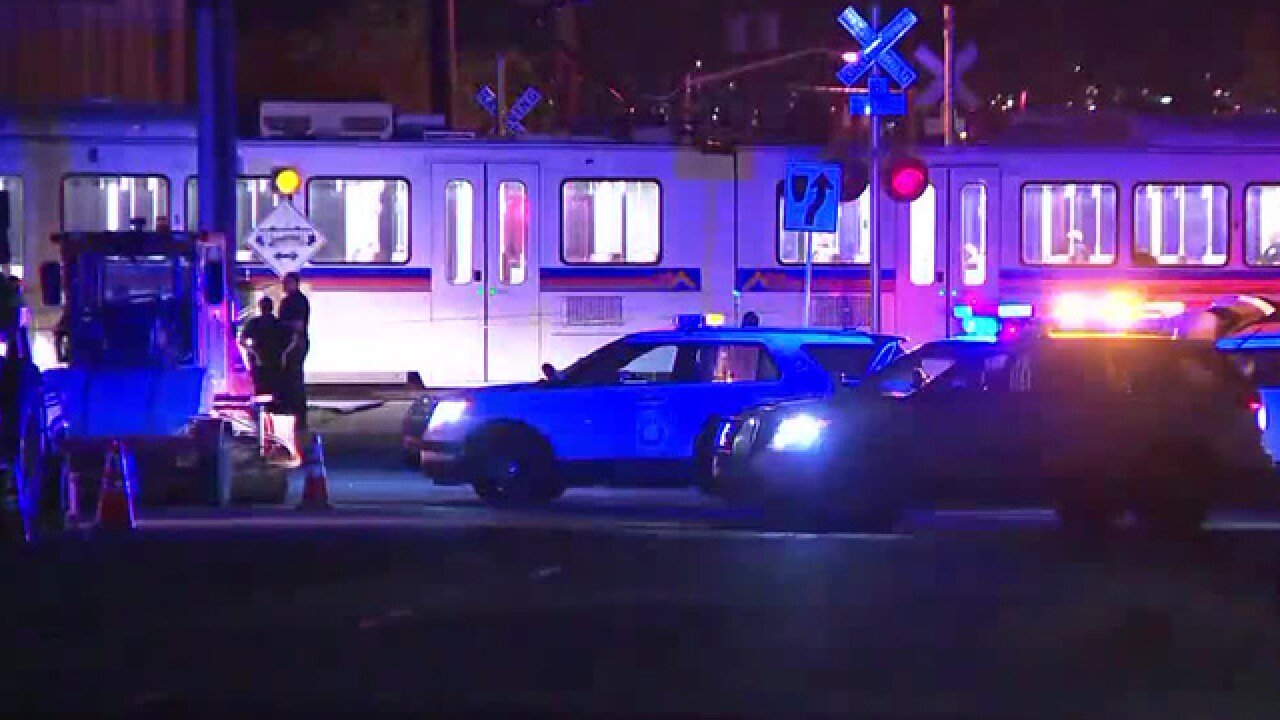 UPDATE FRIDAY, 7:30 A.M. — The crossing near Alameda Station has cleared and trains have resumed moving through the area, according to RTD.

DENVER – A pedestrian who was on one of the rail tracks used by RTD’s H Line was killed after being struck by an oncoming train late Thursday evening, a spokesperson for the Regional Transportation District told Denver7.

The crash, first reported by Denver Police at 9:51 p.m. via Twitter , shut down traffic at Bayaud Avenue and S. Santa Fe Drive as investigators worked to get statements from people at the scene.

BREAKING: A person has been killed after being hit by a @RideRTD light rail train at Bayaud & Santa Fe in #Denver . @DenverPolice are still working to get statements from people on scene. The H line is shut down through here. pic.twitter.com/w0HTA2Adis

The H Line was shut down through the area.

Reed said the agency had set up a bus bridge from the 10th and Osage Station to the I-25 and Broadway Station that will help connect riders to train service.

On Friday morning, police said initial evidence showed that the person may have taken intentional steps to cause the incident. As of 6 a.m., the H-Line was still closed, but authorities are working to restore service.