Pedestrian hit and killed in Denver on Federal and 14th 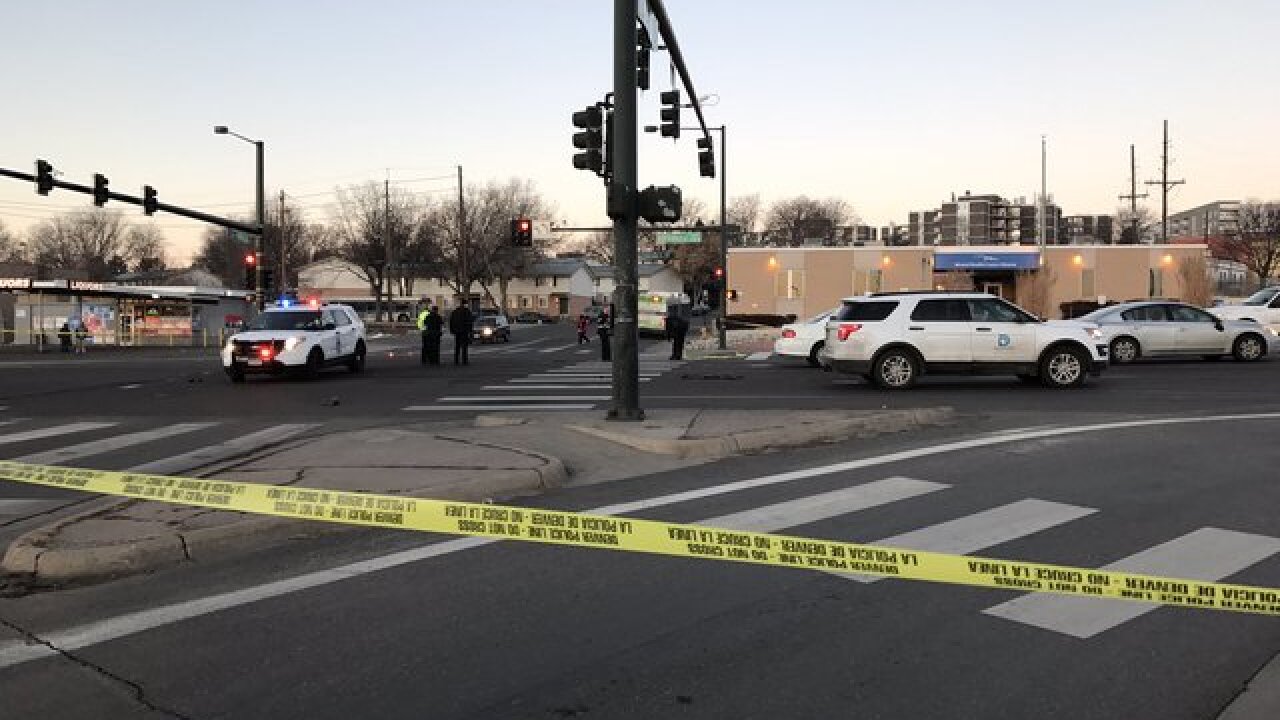 DENVER -- A man apparently crossing the street in a crosswalk was hit and killed Thursday morning, police said.

The man was crossing Federal Boulevard at 14th Avenue at about 6:45 a.m. when he was hit.

Evidence markers are out as @DenverPolice investigate a fatal auto vs ped at 14th and Federal. @DenverChannel pic.twitter.com/1YpP5LBHes

Police have not released the victim's name or age.

Police said the driver stayed at the scene.

Investigators said there are cameras at this intersection that will likely help officers in their investigation.