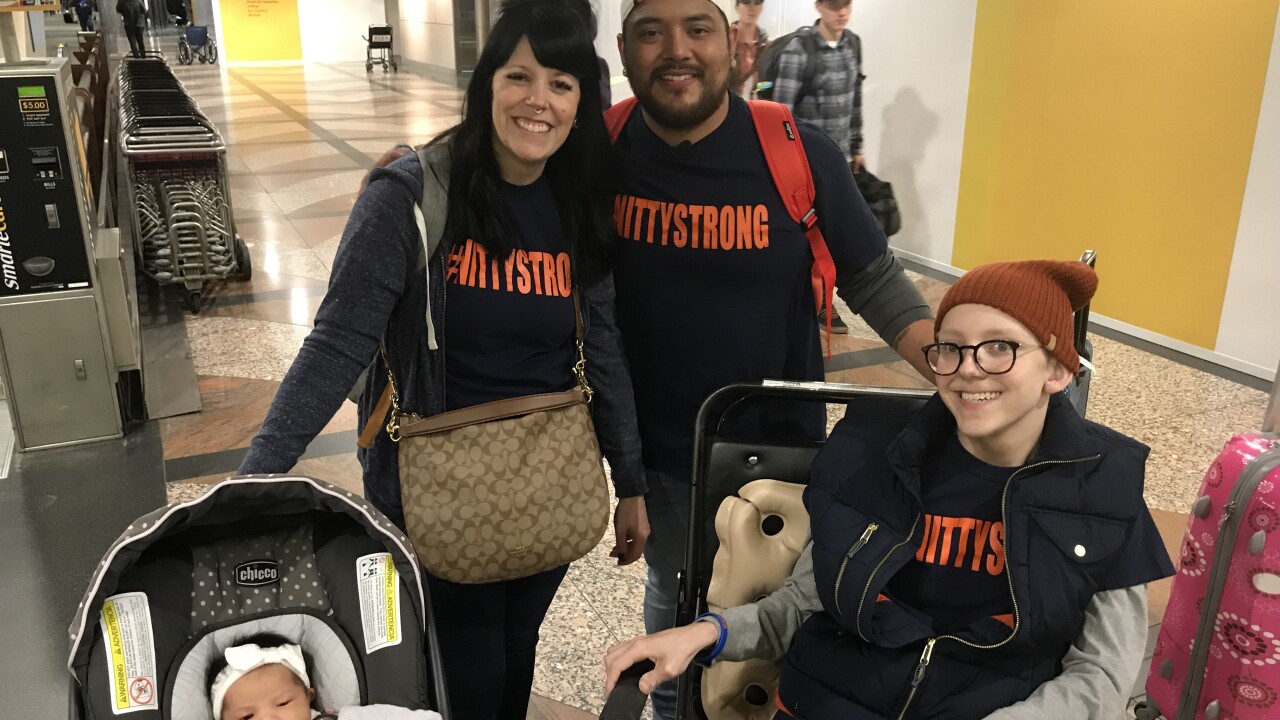 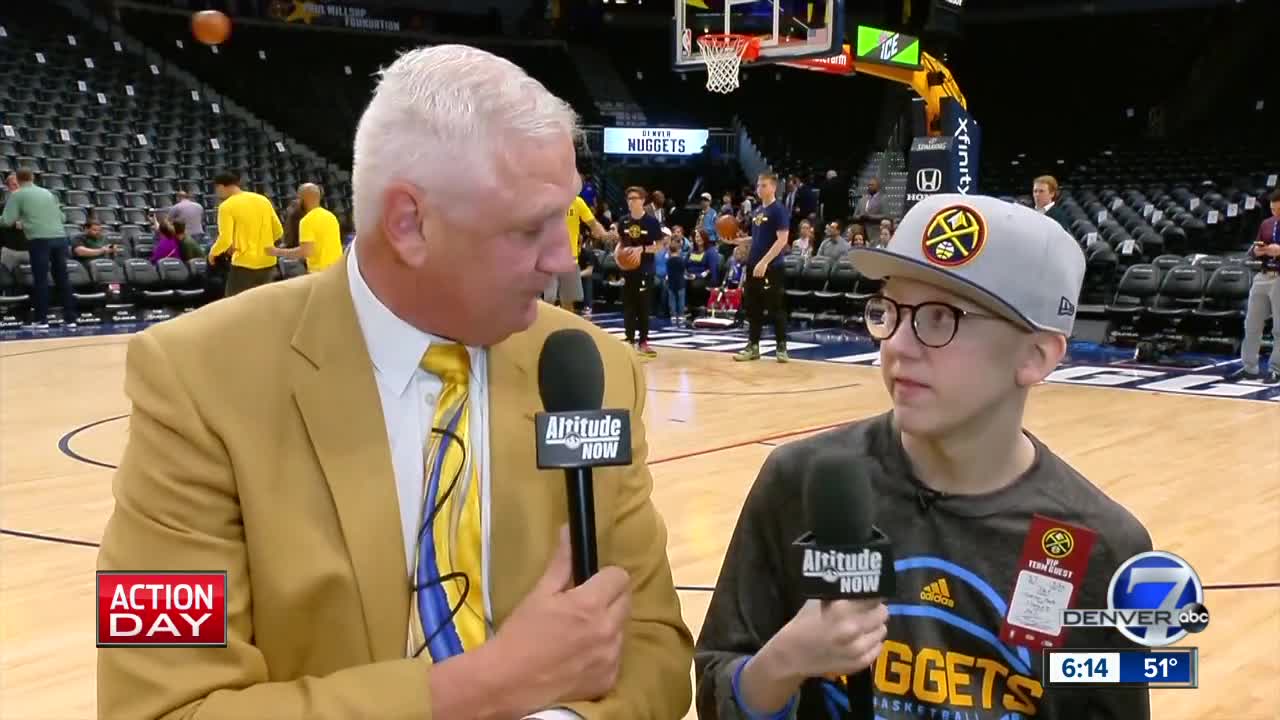 DENVER -- Martin Howe grew up in Oregon, but he's a Denver boy at heart.

For as long as anyone can remember, he's been obsessed with the Broncos, Rockies and Nuggets. And, as it turns out, the feeling is mutual.

The teenager, diagnosed with diffuse large B-cell lymphoma (DLBCL), is in Denver this week, living out a dream of meeting some of his favorite sports heroes and seeing his favorite teams in action.

How did he become such a big Denver sports fan?

“Random, actually,” said Justin Howe, Martin’s dad. “The Denver Broncos mascot. He loved it. When he was a kid - he loved the way the mascot - the little stuffed animal - looked."

It’s a bittersweet trip for the Howe family. Doctors have exhausted all treatment options and say Martin only has a few weeks left.

"We flew him out because we just kind of live our life as if we're not promised tomorrow," Justin Howe said. "He's always been a warrior."

Martin was living life, much like other teens his age, until just before his 18th birthday.

"He's been battling this since last September,” Justin Howe said. “He got diagnosed with lymphoma."

His first treatment came shortly after that.

“On my birthday,” Martin said.

Since then, his family has launched a Facebook page called Nittystrong.

"My name backwards is Nitram,” Martin said. “(My dad) started calling me Nitty.”

On Tuesday night, the Nuggets and Altitude Sports rolled out the red carpet for Martin who always dreamed of being a sportscaster.

"It's your first time at a Nuggets game, right?” asked broadcaster Scott Hastings as he hosted Martin on-set before tip-off. “Yes,” replied Martin.

Hastings then asked Martin how the Nuggets were going to do the rest of the season.

"They're going to make the playoffs,” Martin said. “But they obviously need to work hard.”

That dream of being a sportscaster was realized in that one moment Tuesday night, thanks to the gentleness of Hastings and fellow broadcaster Chris Marlowe.

“You mentioned Marlowe's hair wasn't as good as our producer's, which I'm proud of you for that. You'll now be my best friend forever, my bff," Hastings joked with Martin.

"We've got a special guest in house,” Marlowe said during the game broadcast. “His name is Martin Howe and he is a huge — are you the biggest nuggets fan?”

"Do you have a second favorite sport?” Marlowe asked.

"That was magic right there," said Justin Howe.

Martin also got a call from Peyton Manning, which he couldn't believe was Manning until the quarterback said this: "Omaha,” Manning said. “The word is Omaha."

“You take care and keep fighting,” Manning said. “Add me to the list of people pulling for you.”

“How was that call from Peyton?” Marlowe asked during the Nuggets broadcast.

And now, as his time courtside came to a close, Martin’s dad expressed gratitude.

“They’ve just been really nice,” Justin said. “Welcoming us to Denver in a first-class way. It's the most fun time in our life right now, but we know where the end of the road is."

With his mom, Joni, his dad and his newborn baby sister, Marly, by his side, Martin is living the best life he can right now.

"We kind of know the prognosis at this point, but we're going to live like there's no tomorrow," Justin said.

It's a difficult time for the family, but it's been laced with some beautiful moments. A mile high wish come true.