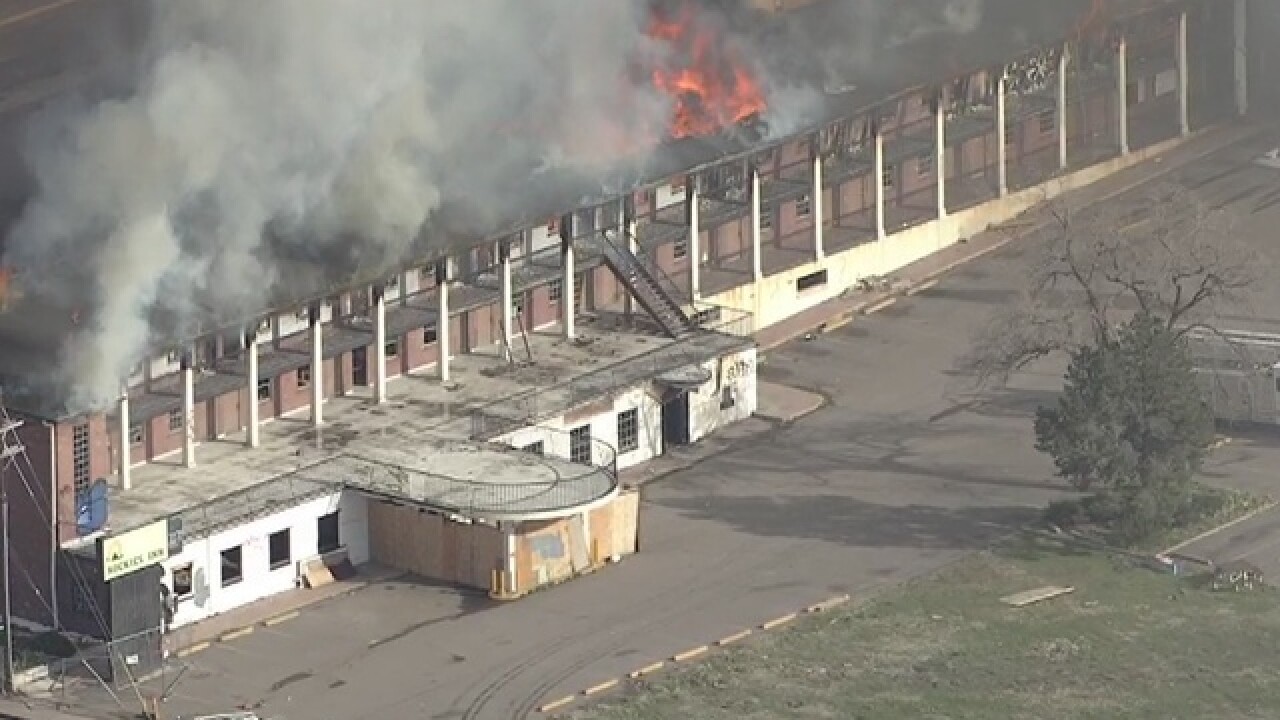 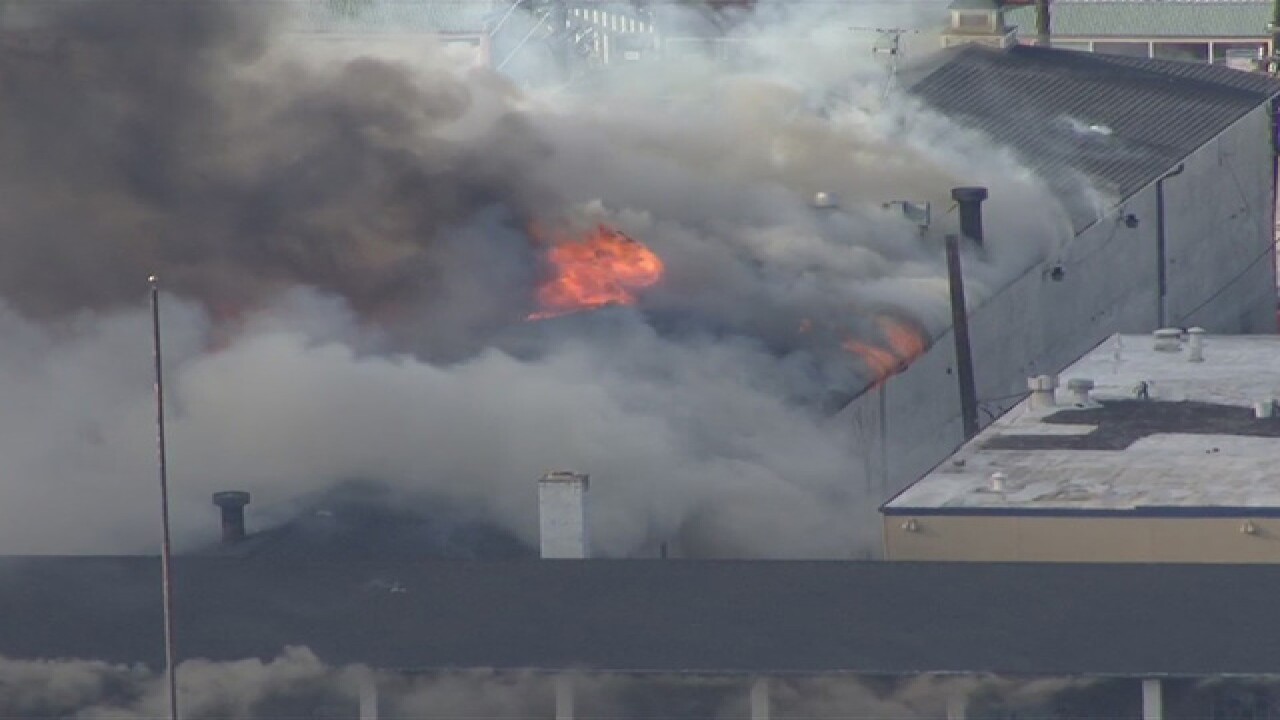 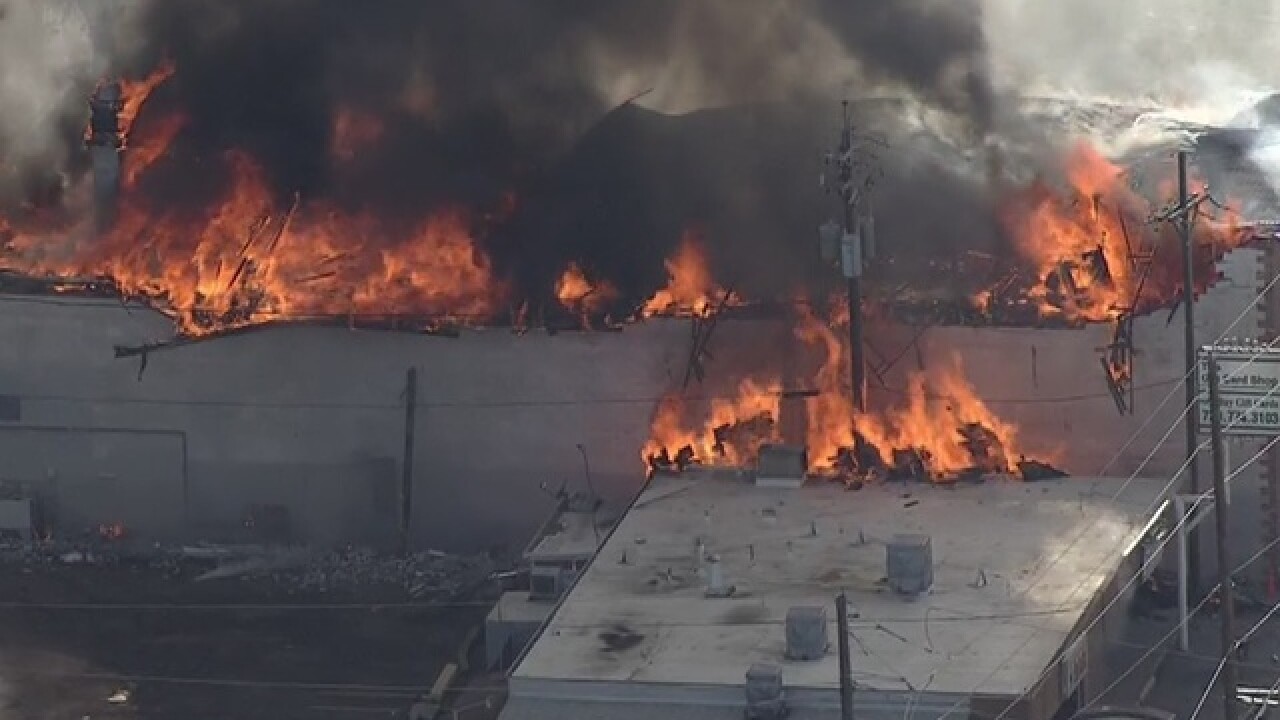 A massive fire at the old Rockies Inn motel in southeast Denver Friday afternoon destroyed the roof of the property and created some traffic backups as commuters were heading out for the weekend.

The fire broke out of the third story of the motel at around 5 p.m. in the area of Evans Avenue and I-25. A large plume of dark smoke could be seen miles away, with many Denver7 viewers saying they could see it all the way in northwest Arvada and some parts of Boulder.

The motel is located next to the Dirty Duck Bar.

No one was injured in the fire, according to a Denver Fire Department spokesperson. The cause of the fire is under investigation.