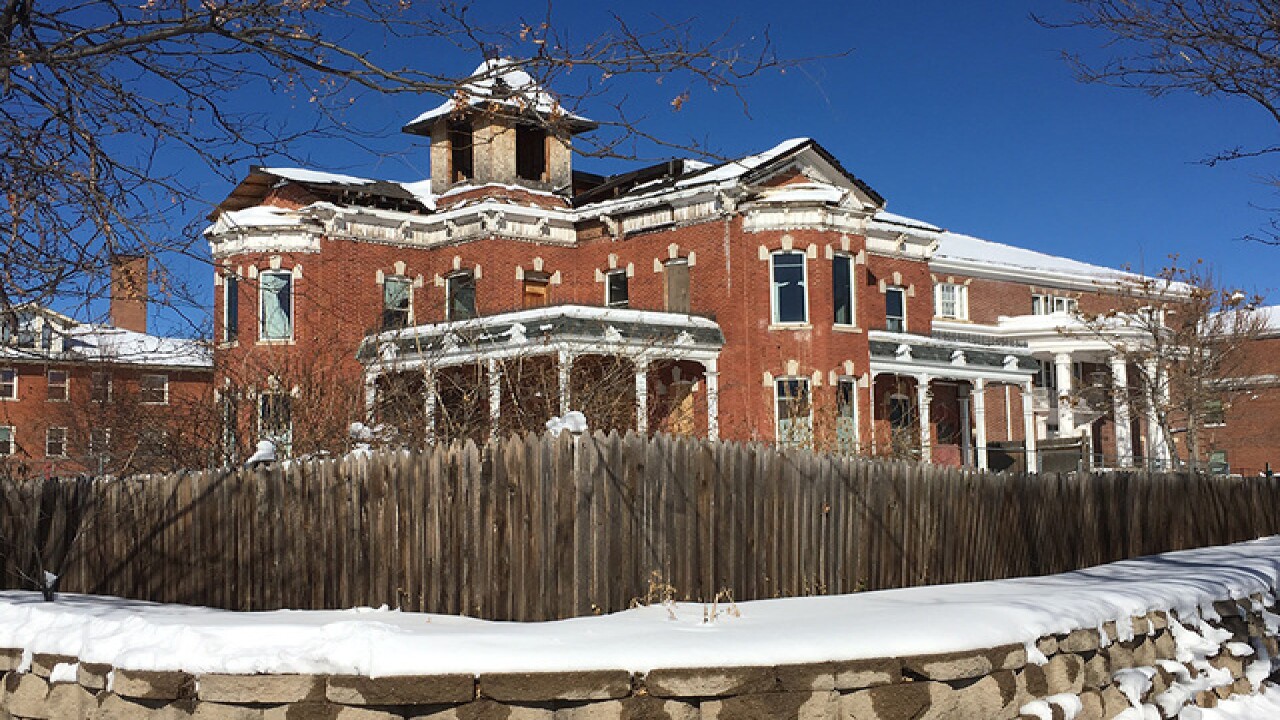 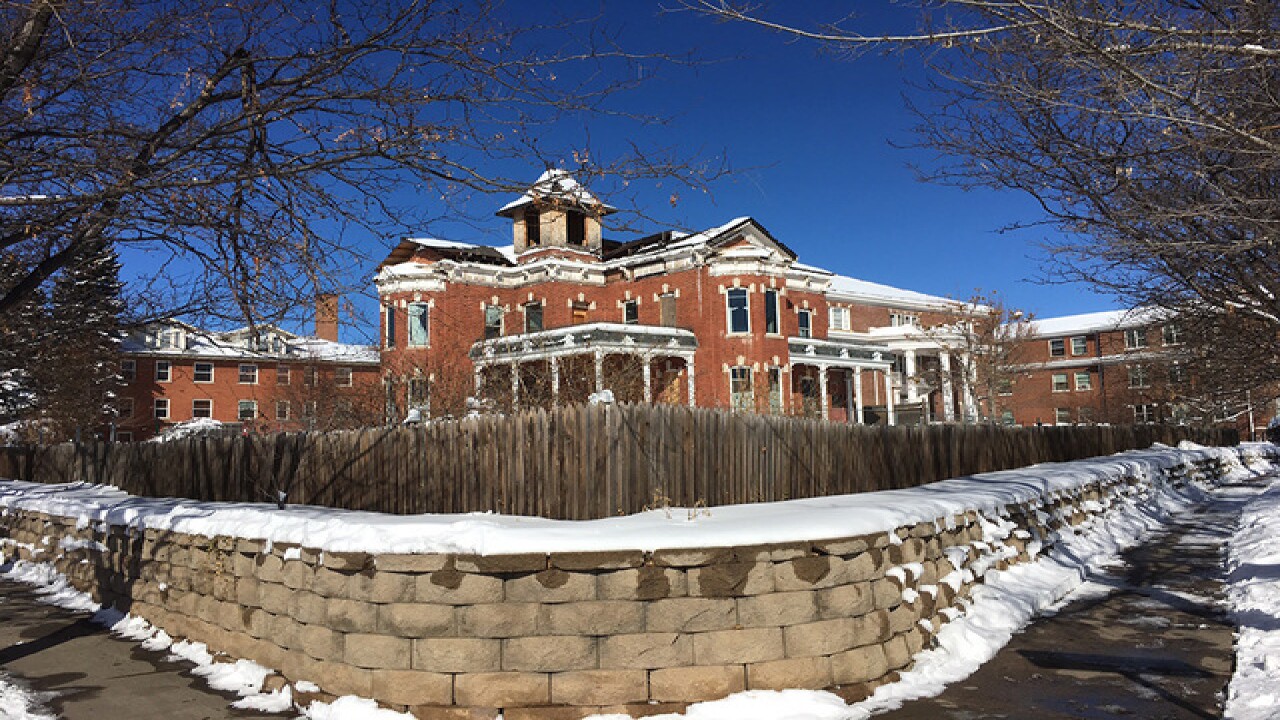 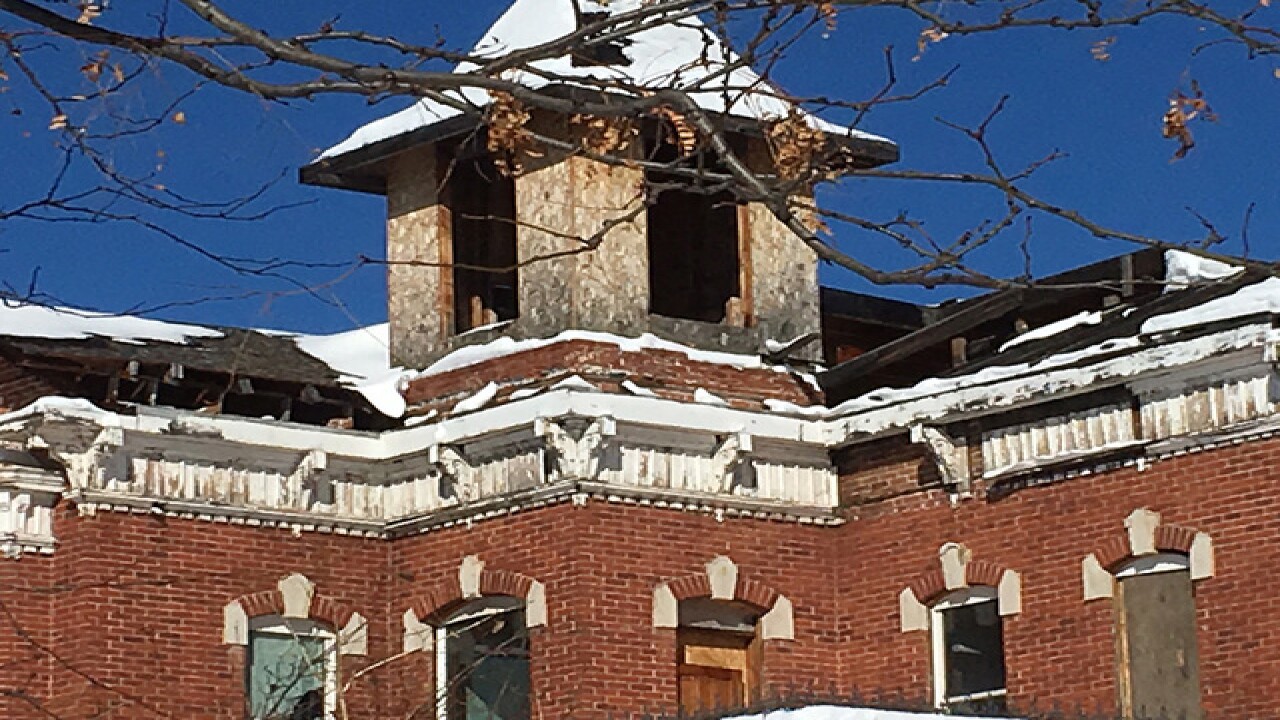 The new owners of the historic Bosler House, in Denver’s Highlands neighborhood, say they hope to have it closed up and ready to live in by winter.

The house, which was built in 1875 and designated a Denver landmark in 1984, has been open to the elements for six years.

The previous owner “popped the top” without permission and then left it that way when the city ordered him to put it back the way it was.

The new owners, Steve and Jan Davis, told Denver7 that the wind, rain and snow took their toll on the landmark’s interior.

“The phrase we used was a ‘hot mess,’” Steve said. “It was pretty bad. Lots of rotten drywall, lots of mold.”

An historic structure assessment, funded by a grant from History Colorado, concluded that it would cost $1.75 million to make all the necessary repairs.

Mr. Davis, a licensed contractor and Mrs. Davis, a master gardener are doing some of the restoration and landscaping work themselves.

When asked why they wanted to get involved in the “hot mess,” Steve Davis replied, “We buy older homes and fix them up.”

He said they look at the Bosler House as a challenge.

Jan Davis said, “The site is magnificent.  The windows and incredible views are priceless.”

The Davis’ say they know they have their work cut out for them, but add they are up to the task. They say they’ve restored homes in worse condition. This is the first home they’ve tackled that has a “landmark” designation.

“People warned us and were concerned that, that may add a level of complexity and expense,” she said, “but thus far, the city has been incredibly helpful and supportive.”

The Davis’ say most of the restoration plans were laid out in the historic structure assessment. They say they’ll start on the first floor and will work their way up.

Mr. Davis said they have four months to close up the roof.

The previous owner raised the roof about a foot and over the years it began to shift.

“You can see how it has fallen off to the west,” Mr. Davis said. “It’s got to be taken down, surgically.  It’s not historically accurate, so it will be chopped up and disposed of.”

Jan Davis said that while the Landmark Preservation Commission is very concerned about what is done to the outside of the house, it put no restriction on the inside or the grounds.

“The old house, of course, had the kitchen in the back.  It was very utilitarian,” Jan Davis said.  “We want to move the kitchen up front and look out over the park and the city.”

Mrs. Davis said they’ll modernize the layout.  She wants to open up one of the walls and to install an island in the kitchen.

Jan Davis also said they will likely install two heating systems in the house.  One upstairs and one in the lower level.  She said it will be very well insulated.

The master gardener said she is looking forward to working outside.

“This is a much more formal home and formal landscape than I’ve ever designed or been a part of before,” she said, “so we’re going to get help in designing something that’s appropriate for this period of home and this site.  For me, that’s the magic – the windows and what’s outside of them.”

The couple says their neighbors have been very accommodating.

“I received a jar of tomato sauce and a tool belt with a hammer as a gift for being here and taking care of the home,” Steve Davis said, “It’s been fun.”

Jan said they’re looking forward to living in the house.

“It’s a once in a lifetime opportunity to live in a site like this, with views over the park, the city and the mountains.”

City officials are ecstatic that renovation work is finally underway.

“This is a better outcome that we could have hoped for,” said Andrea Burns of the Denver Community Planning and Development Office. “We have a couple who have the skills to repair this house and the passion to repair it.”