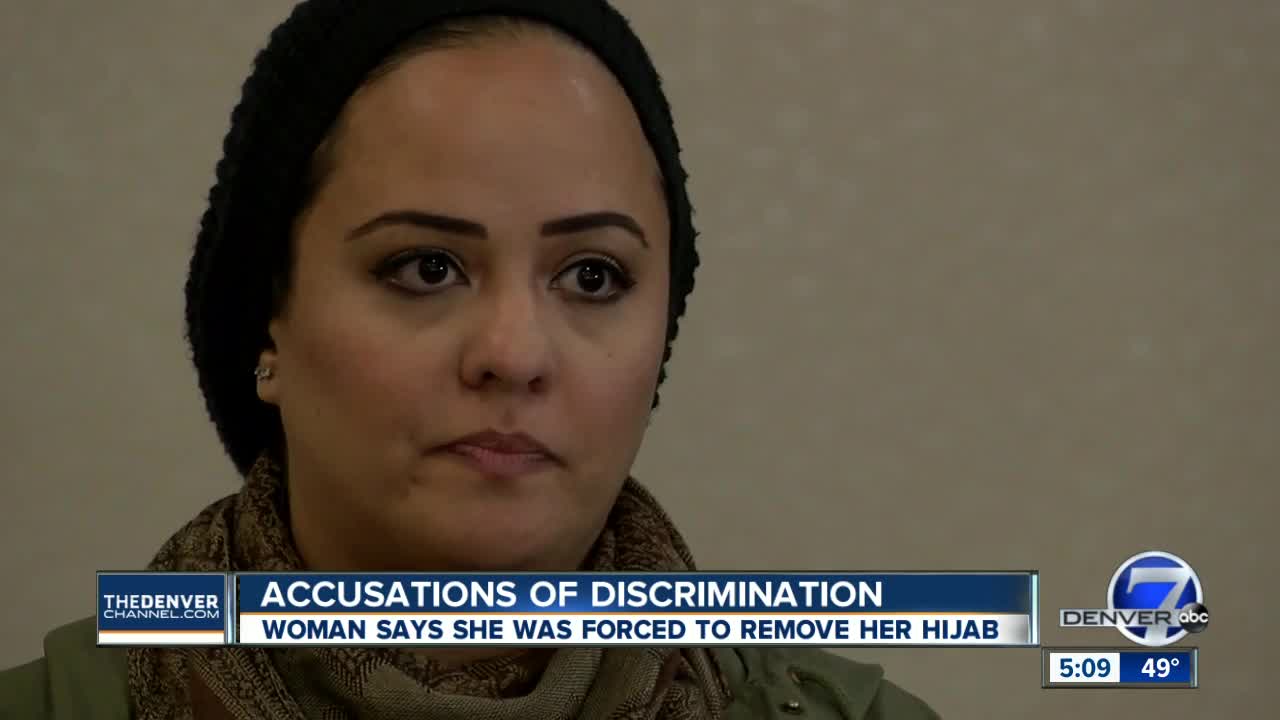 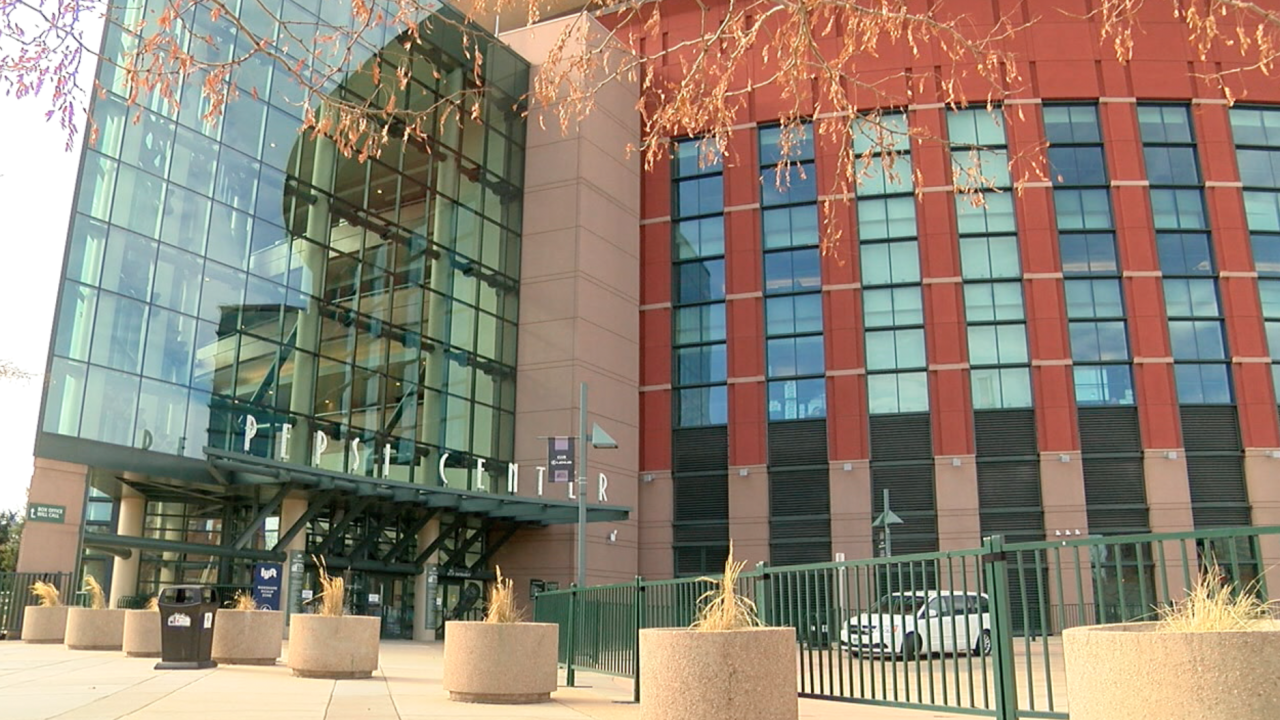 DENVER -- Gazella Bensreiti says out of all the times she has visited the Pepsi Center, this one was different.

"When I entered Will Call the security person that was working immediately waved at me and told me that I had to 'take that thing off' of my head," she said during a news conference outside the Colorado Muslim Society Wednesday morning.

The "thing" the security person was referring to was Bensreiti's hijab.

"I responded right away and told her that this was not just a head covering, it was for religious purposes, to which she responded that she didn't care," Bensreiti said.

Bensreiti was with her daughter who was performing the National Anthem with her school choir for the Denver Nuggets game at the Pepsi Center when she was told she had to remove the Islamic headscarf.

She said she was willing to remove her hijab in a more private setting but was denied. She then asked to speak to a supervisor.

"She then went and asked her supervisor and came back out and ushered me in without making eye contact," Bensreiti recounted.

Denver7 reached out to the Pepsi Center about this story, but we did not hear back. They sent our partners at the Denver Post a statement saying in part,

We look forward to engaging in honest discourse that leads to greater awareness and an opportunity to further celebrate the diversity that makes Denver such a special place. While the matter is still under review, we are taking steps to modify our screening process and provide additional education for our staff.

Still, Bensreiti says she forgives the woman who did this to her.

"I do forgive the woman who did this to me because it came from a place of ignorance, but I implore her to educate herself and others like her to become educated on these things."