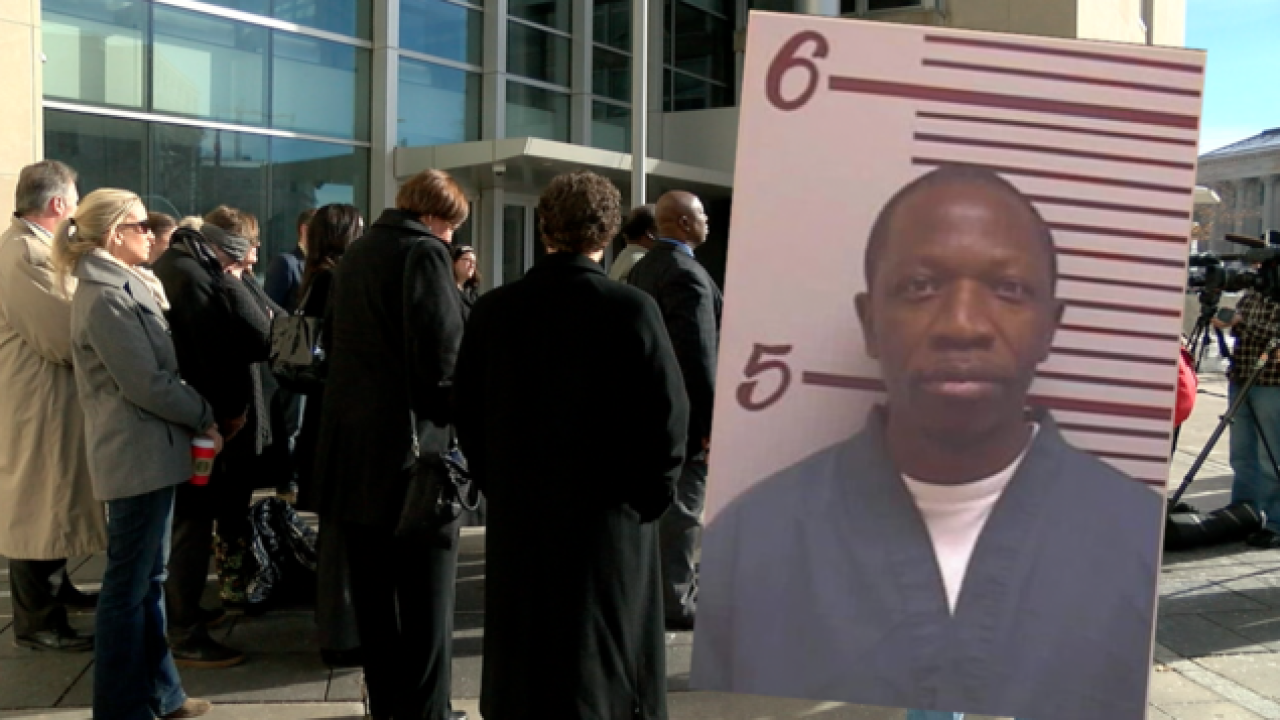 A Denver man who spent more than a quarter-century in prison for a rape he denies committing is getting a little bit more freedom.

A judge said 60-old Clarence Moses-El no longer has to wear an ankle bracelet to monitor his whereabouts as he awaits a possible re-trial.

Authorities are also only checking in on him every three weeks, down from once a week after he was freed in December after the same judge overturned his conviction.

Another man in prison told Moses-El he was responsible for the brutal 1988 attack.

L.C. Jackson, serving time for two other rapes, testified last summer that he had consensual sex with the woman that Moses-El was convicted of assaulting on the night of the attack. That, along with blood test results, helped convince Judge Kandace Gerdes that Moses-El would likely be acquitted if he was tried again.

The victim initially named the man who confessed when police interviewed her, the Associated Press reports.

The victim then said Moses-El's face came to her in a dream, but Moses-El has maintained his innocence. Moses-El had been sentenced to 48 years in prison.

The Denver District Attorney's Office said in a statement that Moses-El is guilty.

"The victim knew Clarence Moses El because he was her neighbor and she was able to recognize him during the attack. Those who now argue that he was convicted based solely on a dream are either unaware of the complete facts or disregard them.  The victim was severely beaten, suffered multiple facial fractures, and was in a coma.  It took some time after the attack before the victim was able to give her statement.  She testified during the trial and was cross-examined at length. The jury believed her testimony that she was attacked and raped by Clarence Moses El."

The DA added that the man who confessed made up his story to "help out" Moses-El, saying he could not be convicted for this crime even with a confession because of the statute of limitations. The man's story is not consistent with the victim's injuries, the DA said.

Prosecutors have not decided whether to try Moses-El again, saying they are considering the age of the case and the availability of witnesses. A tentative trial date was set for May, if prosecutors decide to pursue new charges.