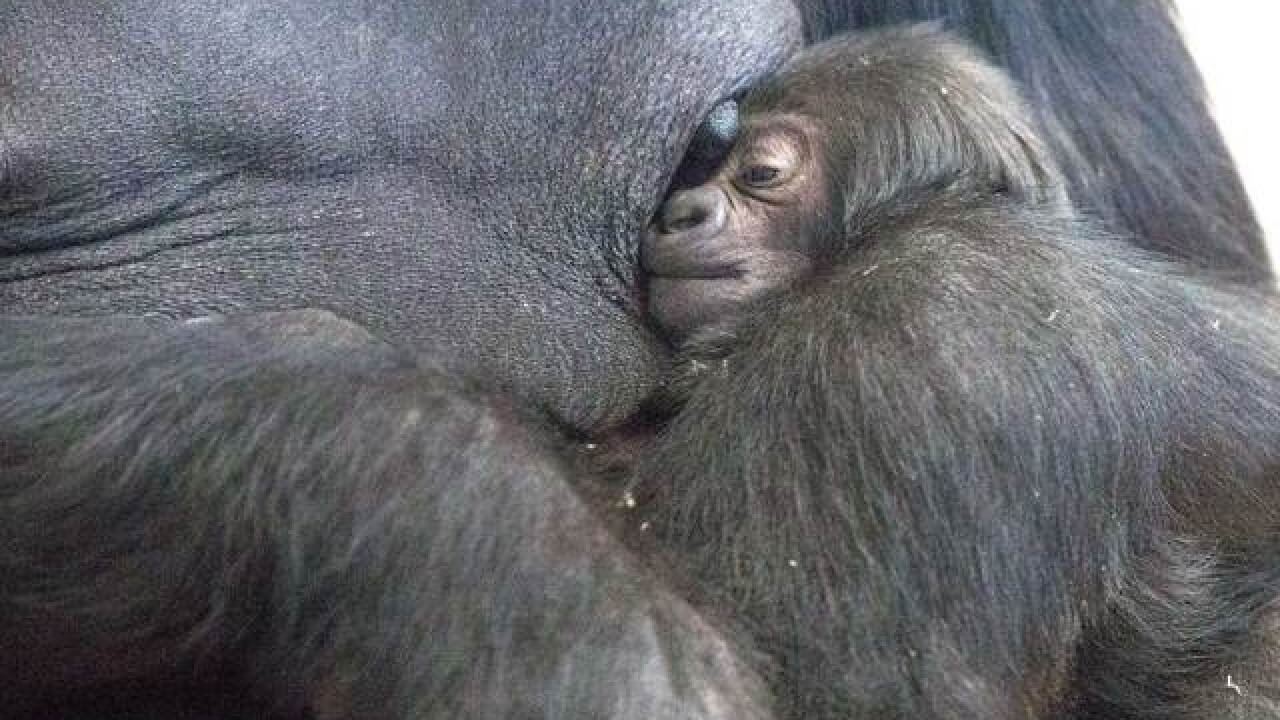 The Denver Zoo is celebrating a new arrival -- a western lowland gorilla.

Whimsie Adepa was born on February 25.

"She is the first birth of her species at the Zoo in 11 years and the fifth ever in the Zoo’s history," zoo officials said.

Adepa translates to "good thing" in the Akan language of Ghana.

Whimsie Adepa is Tinga’s first offspring, but zookeepers say Tinga is quickly learning her new role as a mother. Zoo officials said Tinga is vocalizing to Adepa and patting her back to soothe her. Zookeepers say Adepa's dad, Jim, is noticeably protective and gentle.

Zoo officials said Western lowland gorillas live in the lowlands, swamps and forests of western central Africa. They can grow to four to five and a half feet tall. The International Union for Conservation of Nature (IUCN) classifies them as critically endangered.