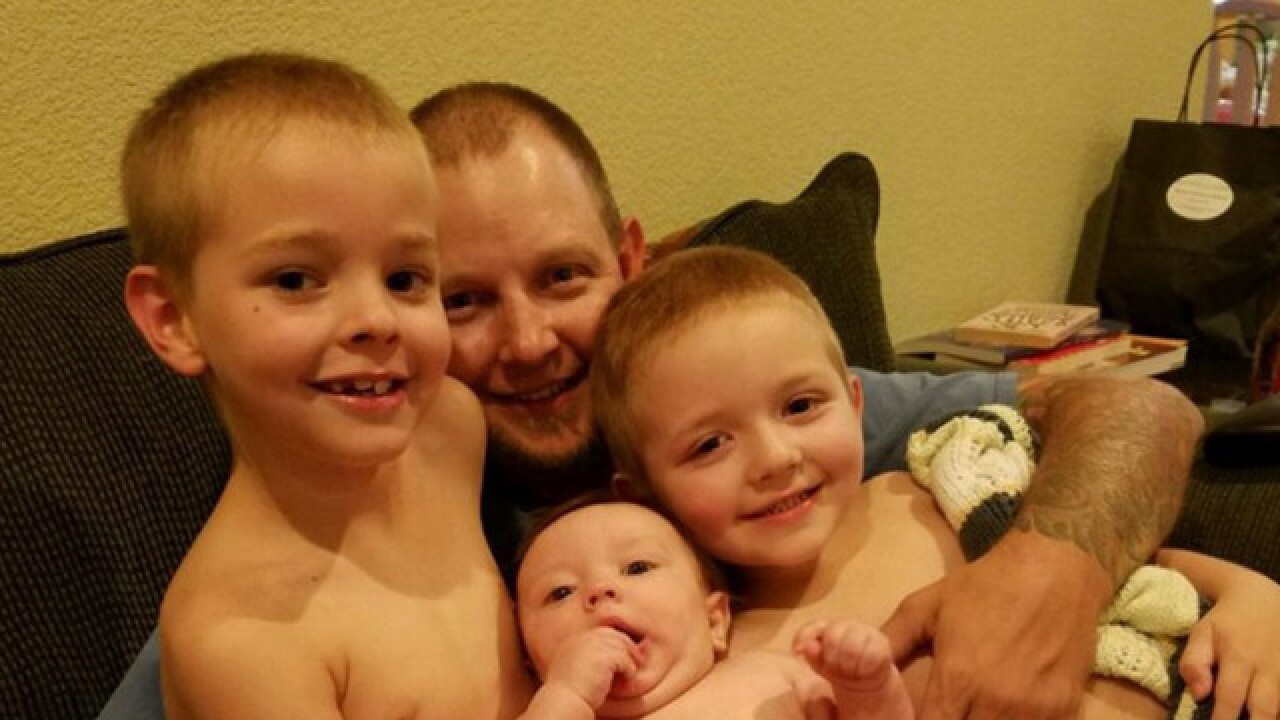 DENVER --  A Broncos fan who lost his life after falling 60 feet over a railing at Sports Authority Field is being described as an amazing husband and a caring man by those who knew him.

Jason Coy, 36, was an ardent Denver Broncos’ fan, who had four season tickets and a garage filled with Broncos posters and team memorabilia. On Monday night following the Broncos’ game and on his way out of Sports Authority Field at Mile High, he lost his balance, tumbled over a railing and fell 60 feet to his death, according to a GoFundMe posting. Police say Coy had been sitting on the railing before falling.

Coy left behind a wife and five children, ages 11, 8, 5, 2 and 6 months, according to the GoFundMe profile.

“This family has lost an amazing husband, father, provider, and caring man. Jason’s smile, laugh, and personality was felt by everyone he met. His family was his life, and while we cannot fill that loss, we can help ease the pain of the financial uncertainty that lies ahead,” the GoFundMe profile says.

Neighbors including Heather West wept when they spoke about Coy.

“That breaks my heart,” West said at her front porch Wednesday morning. “They just seemed like the nicest family. I never see them fighting. He was always outside playing with his kids. He was such a happy person.”

Officials from the Denver Police Department said they are investigating the incident.

The Denver Broncos released a statement saying, in part, “We’re reviewing this tragic incident and will continue to maintain all necessary safety measures for our fans."

This isn't the first time a fan has fallen and sustained injury at the stadium.

Fans were injured at falls at the stadium in September 2015 and August 2013. In the Sept. 2015 incident, police said a drunk fan was chasing a friend's hat when he tried to jump between two stairwell landings at Sports Authority Field and fell several stories. In the August 2013 incident, a fan fell from an escalator during a pre-season game.