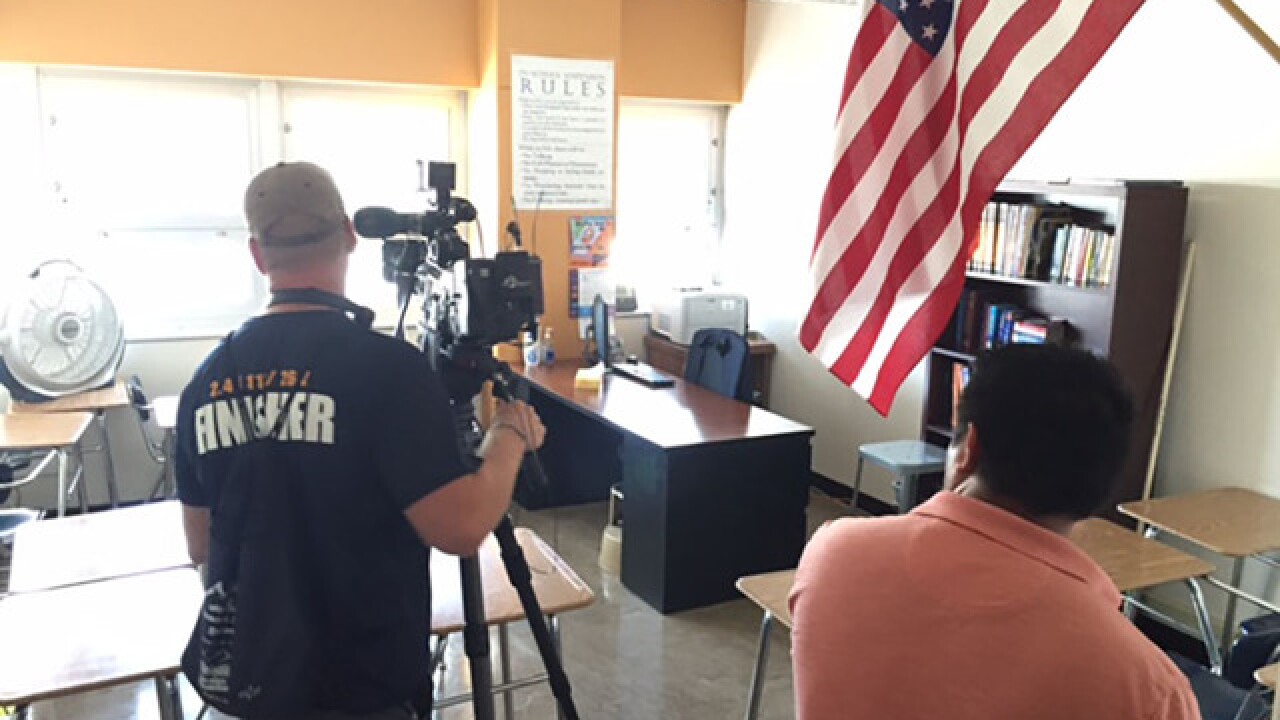 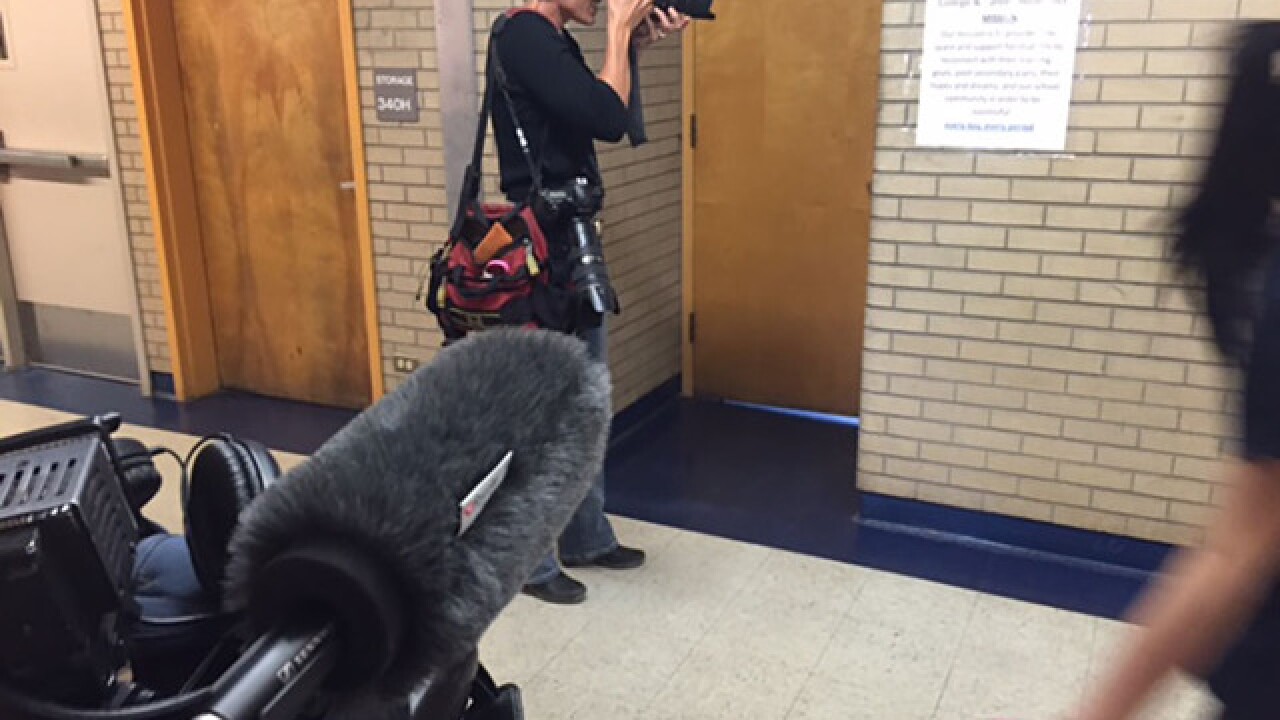 Now, a group that said the school was having to hold classes in bathrooms is backing off that claim.

The principal of Lincoln High invited our cameras into the school Thursday. Inside the classroom in question, there are about 15 desks. The classroom is used for in-school detention.

It was previously a teacher's lounge, not a bathroom as some have stated.

In fact, there is a bathroom in the classroom that has a separate door.

The principal, Larry Irvin, said the school has roughly 1,400 students and capacity is nearly 2,000, so he's not sure where the overcrowding controversy started.

"It's certainly been confusing," Irvin said. "Which is why I wanted to invite the media out today. To clear up that confusion. We don't hold classrooms in bathrooms."

"Was this ever a bathroom?" asked 7NEWS reporter Russell Haythorn.

The room was formerly a teacher's lounge.

The controversy started last week with photos of a door to a classroom, and the inside of a bathroom with the sinks and toilets removed.

On Thursday, the group that released the photos admitted they incorrectly identified the wrong room.

The real bathroom in question is in the basement, which is now storage for a large grill and a few other items.

Irvin said it was never intended to be a classroom either.

The district said southwest Denver is in need of high-performing middle schools and believes Lincoln has room to spare. A vote on the middle school will come on Oct. 15.

"The capacity is here," said Irvin. "It's a matter of maximizing the use of the building."