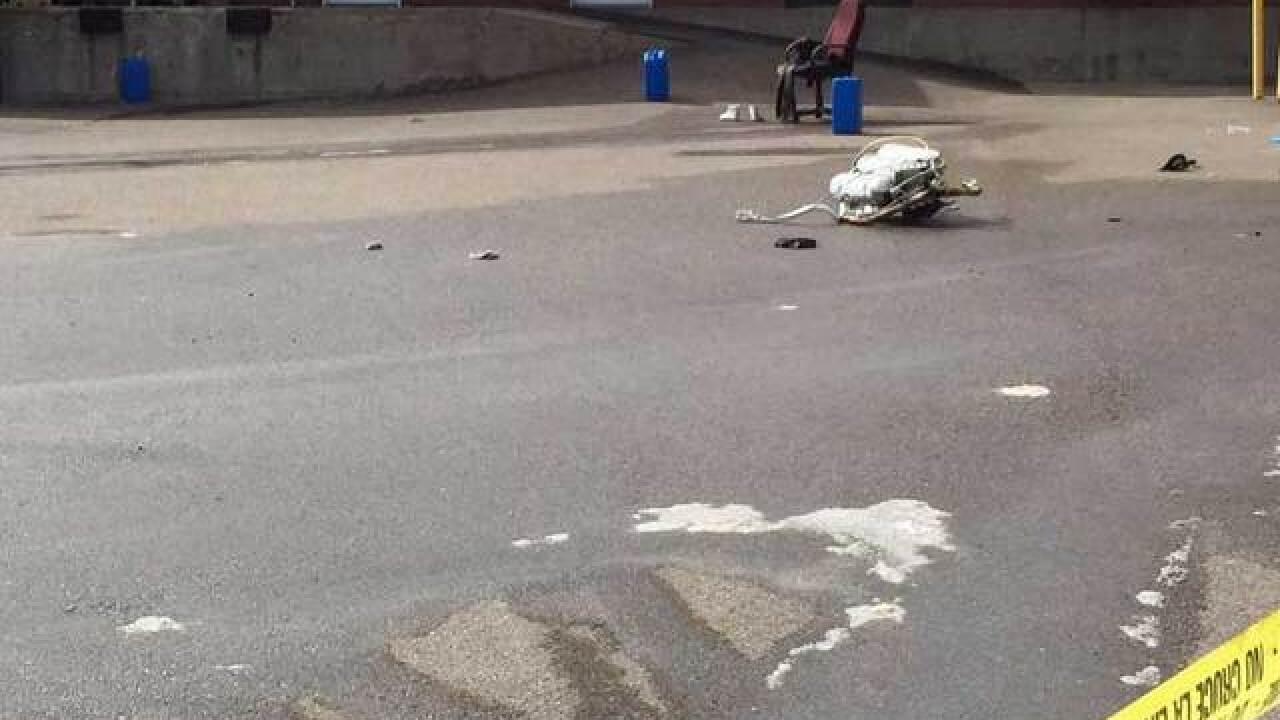 Troy Widgery, the CEO of Jetpack International, told Denver7 that 27-year-old Nick Macomber had made some modifications to the jet pack and was doing a test flight in a lot off 8th Avenue and Canosa Court.

When Macomber got about 10 feet off the ground, he lost control and propelled himself into the ground, according to Widgery.

Macomber was not wearing a helmet or protective gear.

Macomber was taken to the hospital. Denver police said he is in stable condition.

"He's (Macomber) going to be fine. He has some burns and he'll be fine," Widgery said.

The Federal Aviation Administration is investigating the crash.