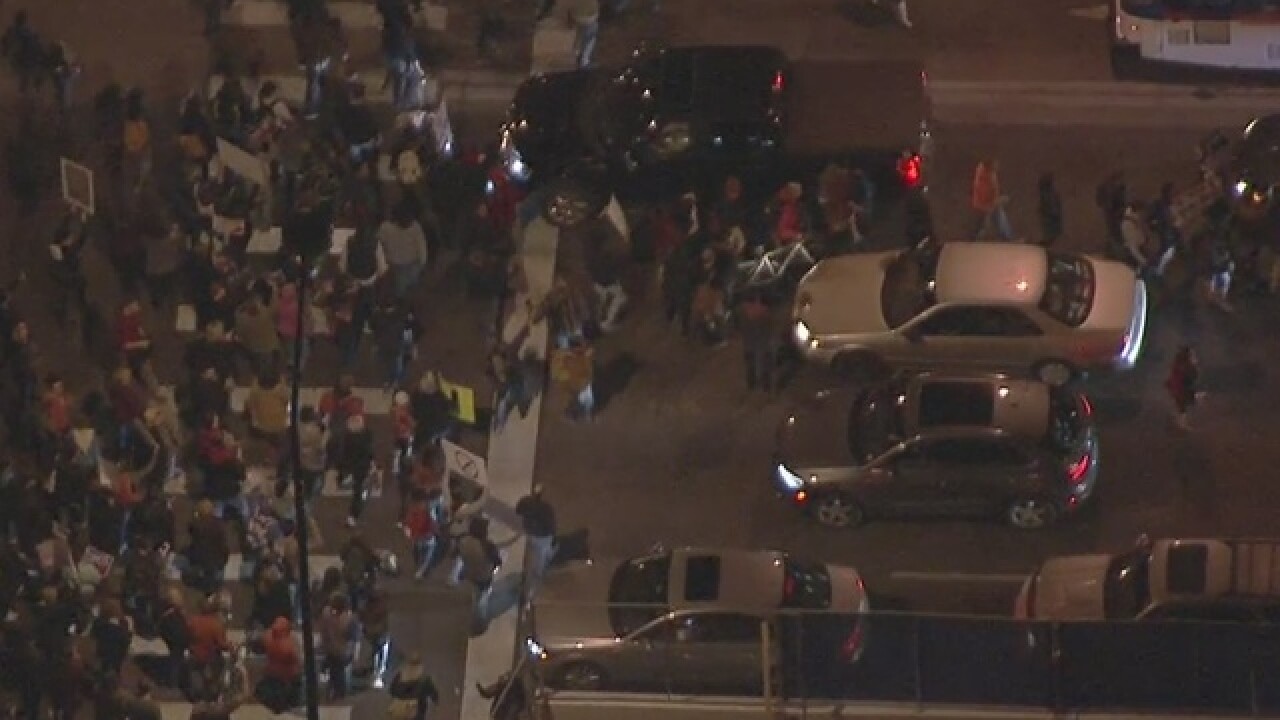 DENVER – Thousands of protesters took to the streets in downtown Denver to protest the unexpected election of Donald Trump, causing a partial closure of I-25 for a short time.

The peaceful crowd gathered at the steps of the State Capitol at about 5:30 p.m. Thursday and then marched to the 16th Street Mall. The protesters chanted anti-Donald Trump slogans as they moved.

There was a heavy police presence as the crowd moved along the mall. Some streets were also blocked off. Traffic in the area was affected for a brief preiod of time.

#Traffic: Expect traffic delays around 16th St Mall as large group of demonstrators march through the area and back to Capitol.

At around 7:40 p.m., the protesters reached the State Capitol and the large crowd could be seen stretching from the Capitol to the City and County building.

A video posted by Lauren Harvey (@l_mharvey) on

A video posted by Jaime Gilliland (@jaimegilliland) on

A video posted by @simran_sangeet on

Trump, the president-elect, took to Twitter Thursday evening to decry the nationwide protests as part of a media-conspiracy following a "very open and successful presidential election."

Just had a very open and successful presidential election. Now professional protesters, incited by the media, are protesting. Very unfair!

The protests continued for most of the night, at one point moving to the Auraria campus area, and then spilling into the highway.

The highway opened back up about 40 minutes later.

It was not clear how long the protests would last.