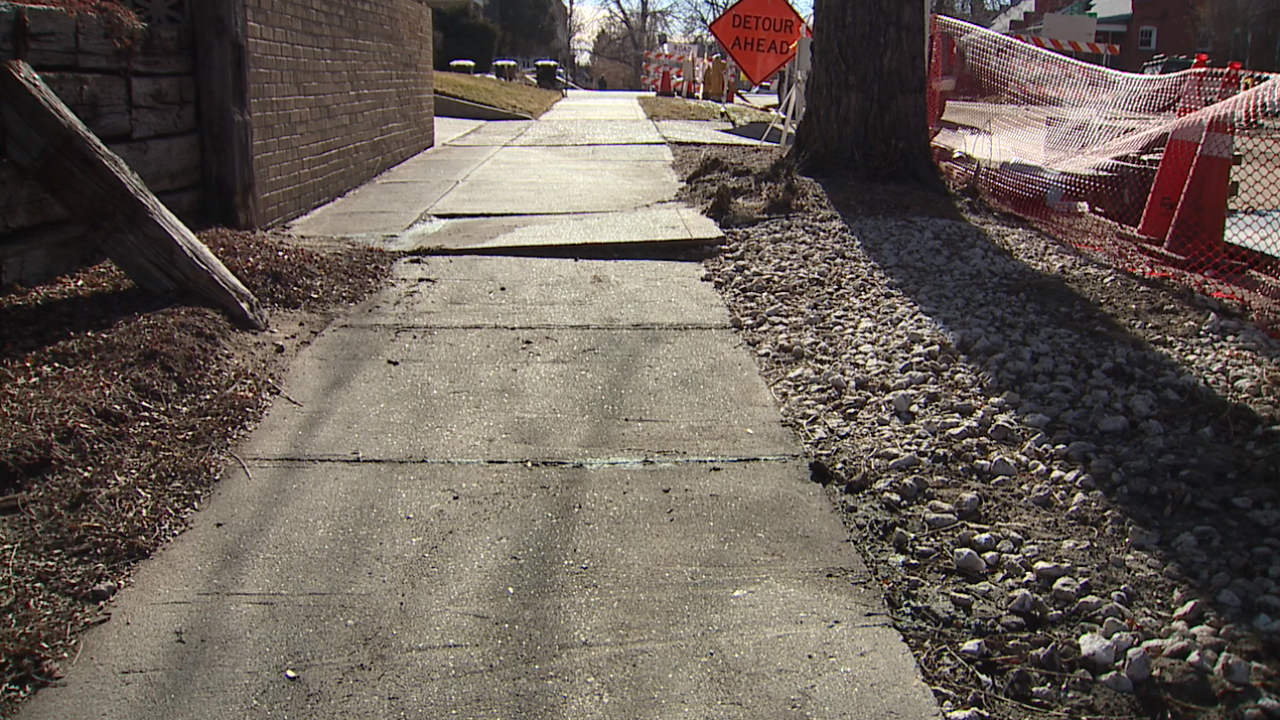 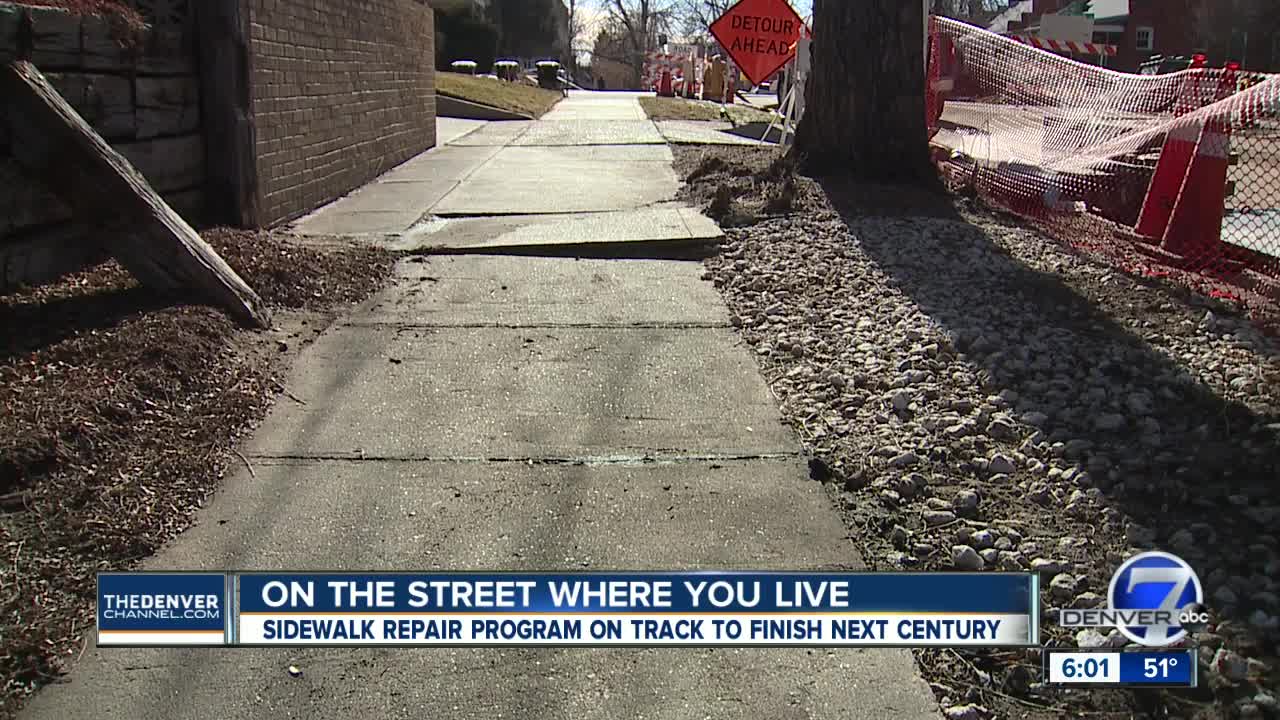 DENVER -- There is good news and bad news about the state of Denver's sidewalks.

The bad news? If you're a pedestrian, you may never see some of the repairs. But if you're a homeowner, it may take years before you're asked to foot the bill to fix them.

As our partners at The Denver Post first uncovered, the lone sidewalk inspector, assigned to the city's new proactive repair program, has been stuck in the same neighborhood for the last 16 months.

Nancy Kuhn, the communications director at the Denver Department of Transportation and Infrastructure, said that's because there are far more cracks, gaps and shifting concrete and flagstone panels than anticipated.

She said the city has been divided into 11 regions, with three zones in each region.

It was initially thought that it would take about a year to finish each region, but the inspector, three utility workers and a supervisor assigned to the proactive program, are still working in the first neighborhood, in the first zone, of the first region.

"It's an older area of the city — it's the core of the city," Kuhn said. "There is a lot of flagstone, a lot of old sidewalks, a lot of damaged sidewalks. So we probably picked the hardest region of the city to start with."

Liz Levy, a young mom who walks six or seven miles a day, said some of the sidewalks are in "pretty bad shape."

She said she's fallen a couple of times after tripping on uneven parts, which she says are especially dangerous at night and when covered with snow.

She said in those instances she "high steps" to make sure she doesn't trip over a raised lip of concrete.

"I even tell my son, just go higher," she said.

Kuhn said one of the goals is to improve the city's sidewalk network so people can get around more safely. She said before the city started the new proactive program, where an inspector goes out looking for problem sidewalks on each block, everything was handled on a complaint basis.

She said the old program, which is staffed with different personnel, is still operational.

When asked if more staff is needed for the proactive program, Kuhn replied, "potentially."

She said they're doing a pretty good job with what they've got, and said they've conducted 1,119 inspections so far. Kuhn said 75% of residential properties and 66% of commercial properties need work. She added they'll review where they are with the program later this year.

READ MORE: 360: Should Denver homeowners be forced to fix their sidewalks?

City Councilman Chris Hinds, who uses a wheel chair, said the city is prioritizing pedestrian transportation, but isn't providing the budget to reflect it.

He says at the current rate, without more staff, it will take more than 100 years to finish the work in 78 Denver neighborhoods.

Kuhn acknowledges that it will take longer than the anticipated ten years, but said once they get into some of the newer neighborhoods, the work will proceed much faster.

Resident Jalal Aladdin is happy to hear that.

Although he nearly took a tumble once, he appreciates Denver's focus on sidewalks.

"I was in Chicago and in a lot of areas, they don't even have a sidewalk to walk on," he said.

Kuhn said residents are given notice if their sidewalks need repair, and said if they fail to respond, the city will carry out the repairs and then bill the homeowners.

That doesn't sit well with some residents, like Mark Callonder, who moved to Denver recently from the Chicago area.

"Homeowners live here, they pay taxes," he said. "I think it's reasonable for a city to maintain walkways, especially if they're trying to encourage people not to drive all over the place."

READ MORE: Denver requires you to fix sidewalks on your property, but what about its own crumbling sidewalks?

Kuhn said the requirement that homeowners maintain sidewalks has been part of the ordinance for years, and added the city is opening up the Affordability Program to residents outside of the first zone.

She said that program is intended to help residents who can't afford to have their sidewalks repaired. It is based on income and family size. Those who qualify may be eligible for a discount.